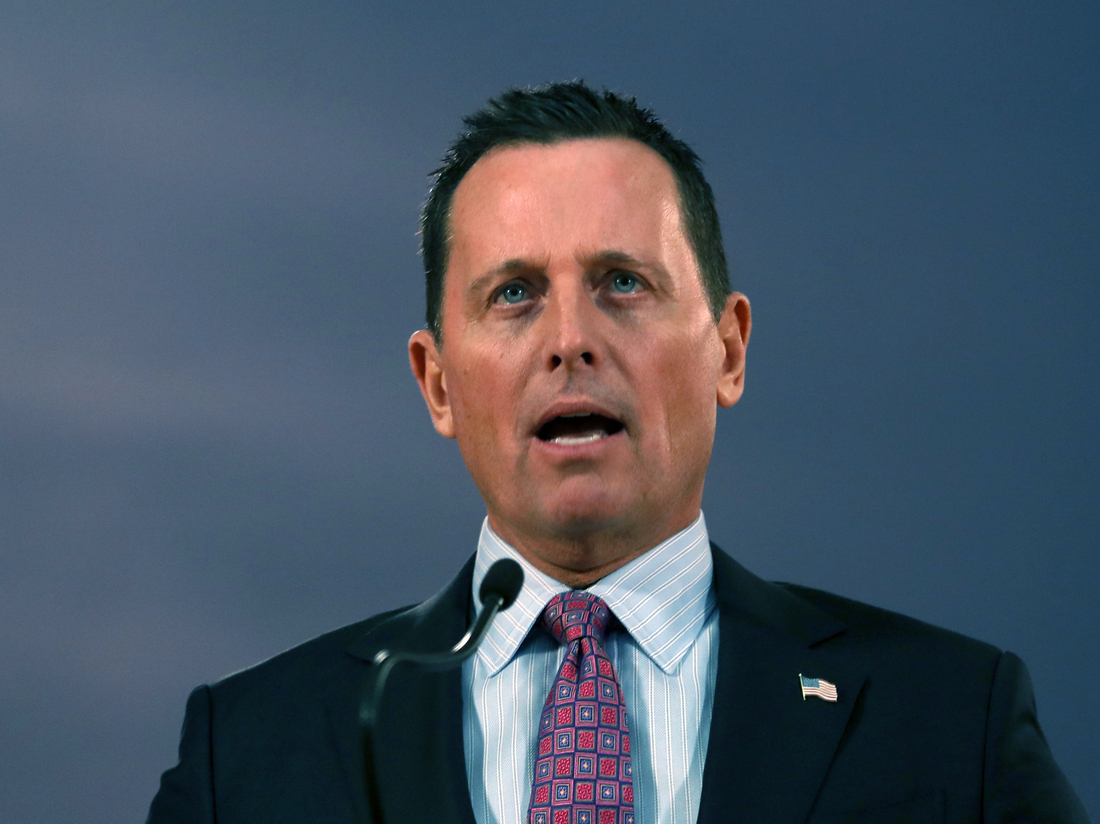 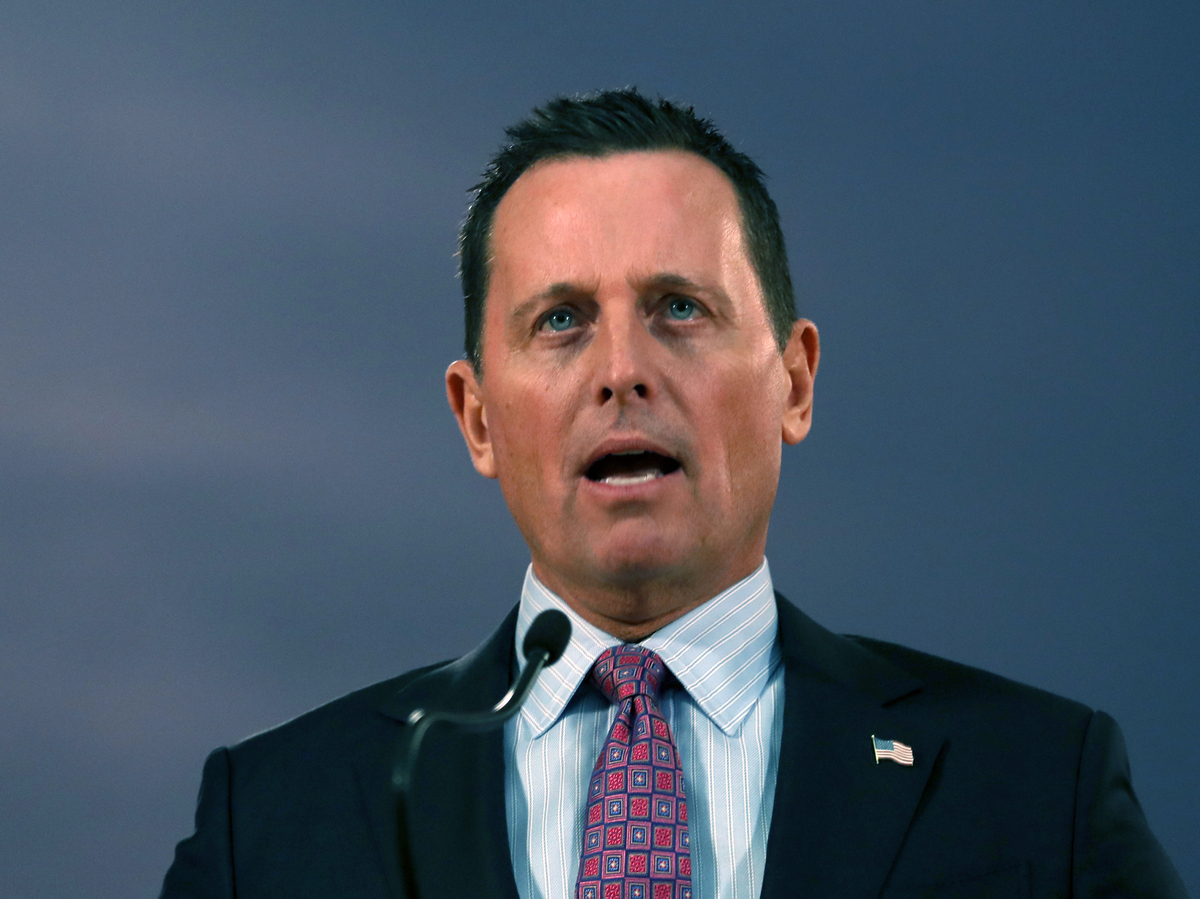 President Trump has named Richard Grenell, the vocal and controversial U.S. ambassador to Germany, as the new acting director of national intelligence, replacing the current acting head of the nation’s 17 spy agencies.

Grenell, who has been the U.S. envoy to Berlin since May 2018, is known to be fiercely loyal to Trump, but critics have noted that he has no background in intelligence and no top-level management experience.

Grenell replaces the current acting director of national intelligence, Joseph Maguire. Maguire replaced Dan Coats, who was ousted by President Trump in July, just as events surrounding what would become the Ukraine scandal were brewing.

Like Maguire, whose term is up on March 11, as an acting director Grenell will be limited by law to serving for 210 days.

The president has shown a preference in many cases for “acting” Cabinet members who do not require Senate confirmation and have time-limited tenures.

However, Maguire likely attracted the ire of administration officials by testifying before the House Intelligence Committee during its Ukraine probe. In September, he told the committee that he believed the Ukraine whistleblower “did the right thing” and that the intelligence community’s inspector general — whose report helped trigger Trump’s impeachment – acted in good faith.

Grenell — who is openly gay and announced last year that he would lead a global campaign to decriminalize homosexuality — was appointed in 2001 as U.N. spokesman by President George W. Bush and held the position for the next seven years, serving four ambassadors.

He later became a Fox News contributor on foreign affairs and the media, and briefly a foreign policy spokesman for Mitt Romney’s 2012 presidential campaign. He resigned, citing “hyper-partisan discussion of personal issues” as the cause. At the time, his sexual orientation was rumored to be the cause of friction within Republican circles.

In addition to being ambassador to Germany, Europe’s largest economy, Grenell has served as the Trump administration’s special envoy for Serbia and Kosovo.

Diplomacy is for the people. Wanting to control the conversation in the back rooms with just a few people present is very swampy of you. Your decisions impact every person. https://t.co/5PdO7nAuPy

The ambassador frequently turns to Twitter to defend the president and to engage in less-than-diplomatic exchanges over U.S. foreign policy.

He has also vocally backed Trump’s position that Germany is not spending its fair share on NATO’s collective defense of Europe.

“It is offensive to assume that the U.S. taxpayers continue to pay for more than 50,000 Americans in Germany but the Germans get to spend their (budget) surplus on domestic programs,” Grenell told the German news agency DPA in August.

It appears the President has selected an individual *without any intelligence experience* to serve as the leader of the nation’s intelligence community in an acting capacity… https://t.co/Yvq5UVSPpA

The magazine added, “These days, the spotlight on Grenell seems to have grown dimmer, though not necessarily by choice. He still tweets assiduously and he never seems to say no when Fox News calls, but in Berlin, he has largely become isolated. The powerful avoid him. Doors have been shut.”

Most recently, Grenell took up the administration’s warning that countries using 5G technology from China’s Huawei risked their relationship with the U.S. In a tweet on Sunday, he said that the president had called him from Air Force One to tell him to “make clear that any nation who chooses to use an untrustworthy 5G vendor will jeopardize our ability to share intelligence and information at the highest level.”

After the appointment became public, Virginia Democratic Sen. Mark Warner, the vice chairman of the Senate Intelligence Committee, tweeted: “It appears the President has selected an individual *without any intelligence experience* to serve as the leader of the national intelligence community in an acting capacity.”

“And at a time when the integrity and independence of the DOJ has been called into grave question, our country needs a Senate-confirmed intelligence director who will provide the best intelligence and analysis, regardless of whether or not it’s expedient for the President,” Warner tweeted.

The New York Times, citing an unnamed administration official, reports that Grenell is expected to remain ambassador to Germany while serving as director of national intelligence in an “acting” capacity.

Texas, Florida may be the…

Coronavirus leads to surge in…

To keep the lights on…

IRS Adds To Confusion About…