PITTSBURGH—Every afternoon, Larry Levine, 94, took the bus 2½ miles from his senior-care apartment to visit his wife of 70 years, Claire Levine, who has Alzheimer’s. He usually brought flowers and stayed for dinner at the memory-care community where she lives. His visits have stopped.

The pandemic is forcing the nation’s most vulnerable generations—52 million adults ages 65 and older—into an extreme retreat from the outside world, cutting them off from family, friends, social activities and daily routines.

Even active, independent and otherwise healthy older people are being warned to seal themselves in their homes and apartments, and stay out of public spaces.

In the past few years, doctors and researchers have warned about the toll loneliness can take on mental and physical health, especially at an older age. Yet older Americans are more isolated now than any other group—frustrating many of them, and worrying their families. What’s particularly unnerving is the uncertainty about when they will see their loved ones in person again.

An estimated 80% of the deaths reported in the U.S., which now exceed 800, have been in adults 65 years and older, with the largest percentage among those 85 and older, according to the CDC. These findings are similar to data from China, which indicated more than 80% of deaths occurred among persons 60 years and older. In Italy, where more than 6,800 people have died from the virus, most of the victims were over age 60.

Especially at risk are those who live in congregate settings, like nursing facilities, and have underlying health conditions, making the need for caution greater. Thirty-five deaths were tied to the Life Care Center nursing facility in Kirkland, Wash., where dozens of residents, workers and visitors tested positive. Scores of outbreaks have hit other nursing homes in Illinois, Oregon and Wyoming. 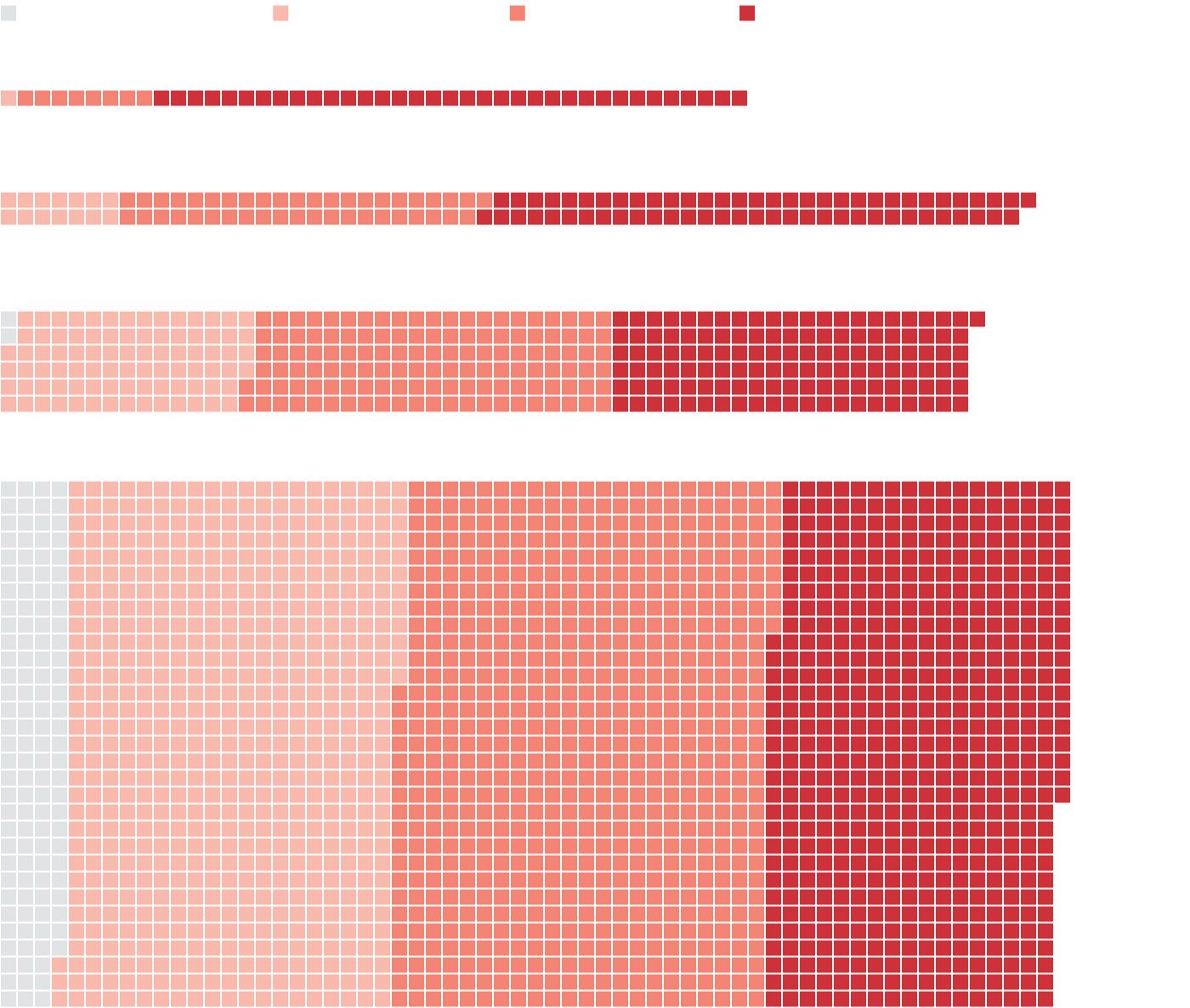 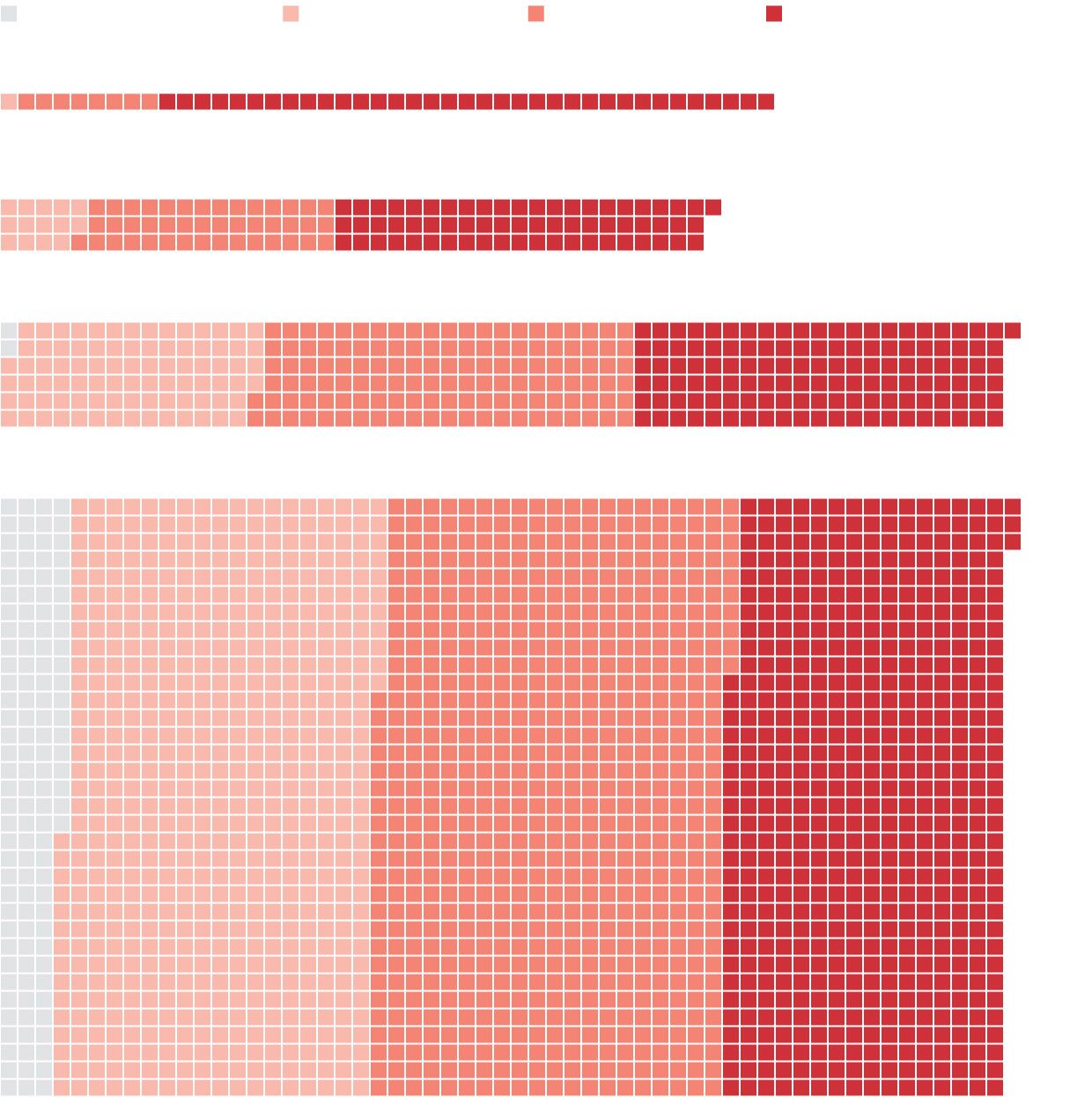 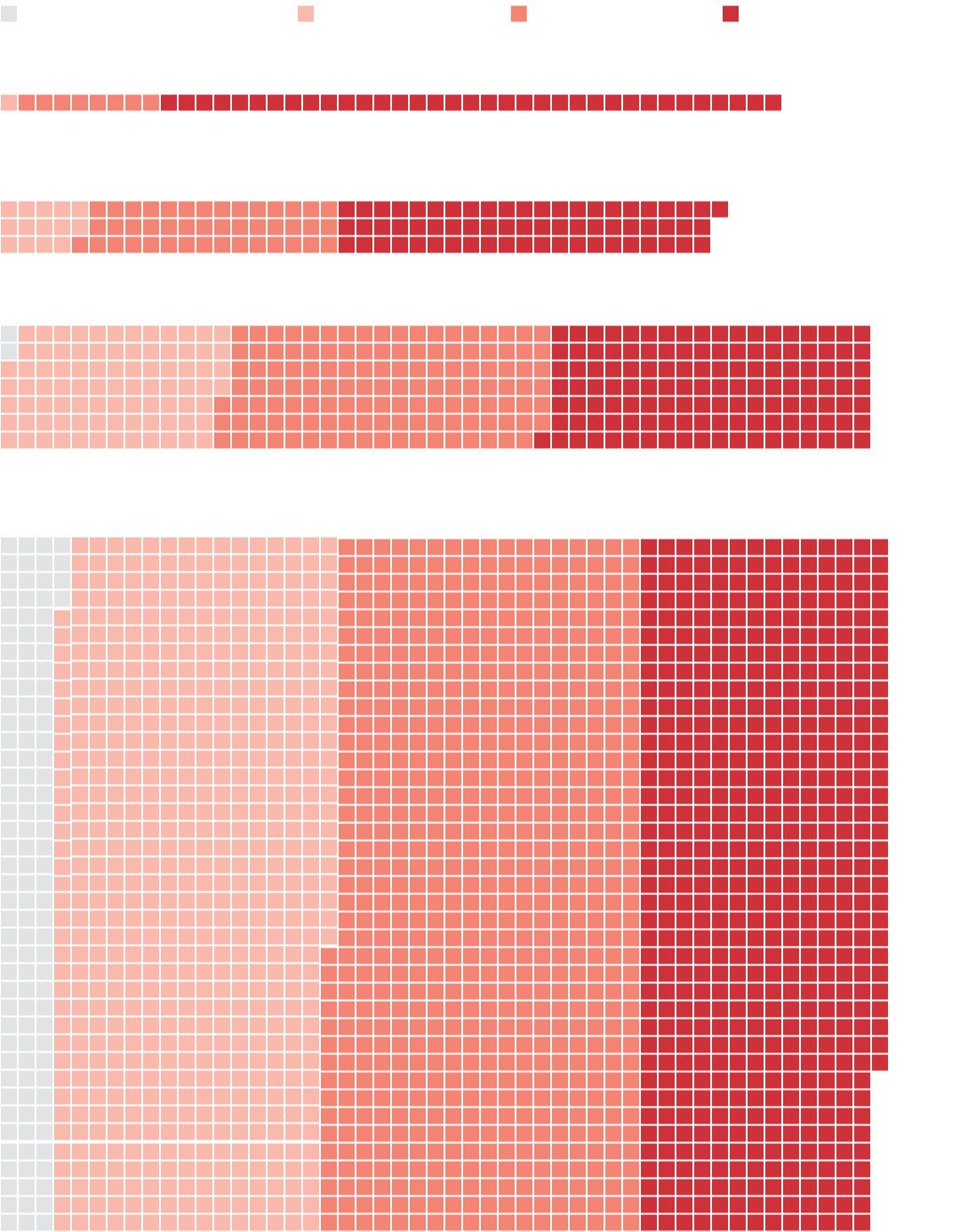 The Centers for Medicare and Medicaid Services recently took the unprecedented step of banning all visitors to the nation’s 15,600 nursing-care facilities, serving 1.3 million people.

“We’ve had this global awakening about the detrimental impact of isolation and now there’s this sudden imperative around social distancing,” said Marc Freedman, chief executive of Encore.org, a nonprofit organization working to promote second careers.

“We have been trying to fill that void,” said Mr. Freedman, who now makes daily video calls to his mom. During one, she asked about going to the beauty parlor and dry cleaner, which at the time were still open. He discouraged her.

Jane Isay, 80, said both of her sons told her to stay in her 18th-floor apartment in New York. “They were very stern with me about what I had to do,” she said. Her friends tell her about their children bossing them around, telling them not to go on cruises, not to run out to local restaurants for takeout. If they are hungry, they are instructed to call for delivery, stay 6 feet away from the delivery person, and wipe down all the items.

Ms. Isay said she understands her sons’ mandate. “They don’t want me to die. It’s love,” she said.

Diane Davenport, 90, lives alone in a small four-room duplex near Monterrey, Calif. Earlier this month, she began her self-imposed isolation and stayed home from church, which at that point was still having services. “It’s the first time I’ve never gone,” she said. She’s not doing her regular volunteer work with a local association to help the blind, either. All of her close friends have died in recent years. Her children don’t live nearby.

“I’m sitting at a table, reading the paper and doing every puzzle in it. I’ve read all the books in my house. I’m bored,” she said. The only outing she allows herself is a 2-mile walk, on a quiet path to avoid possible encounters.

Worried friends and family are keeping a distance in an effort to keep older loved ones safe. Laura L. Carstensen, director of Stanford University’s Center on Longevity, has two older retired colleagues, both in their 80s. One is seriously ill and another has a broken bone along with other underlying health conditions.

“I’m not visiting either of them,” said Dr. Carstensen, who is 66. “The reason I wouldn’t go in or even ring the bell is social distancing. I have every reason to think that I’m healthy, but I don’t want to take any chances.” Instead, she ordered flower arrangements, planning to leave them on their porches and call afterward to let them know the flowers are there.

Federal, state and local health officials have regularly updated their guidelines to shield older adults from contagion. After three cases of Covid-19 were confirmed in the Cleveland area, Ohio’s Secretary of State moved 128 polling places out of nursing homes and assisted-living centers. The governor declared a state of emergency.

That same day, Peter Van Runkle, executive director of the Ohio Health Care Association, which represents long-term care facilities, called his 90-year-old mother, who has dementia and is in assisted living. He told her he couldn’t make a planned visit to see her that afternoon because of concerns about the virus spreading.

“She was bummed,” he said. Asked when he might see his mom again, he responded, “No idea. We’re in uncharted territory and don’t know how long this will continue to unfold.”

What are your strategies for dealing with isolation—for yourself, family members or friends? Join the conversation below.

With no family or friends able to visit, older adults at nursing facilities are at higher risk of isolation, which can lead to depression, confusion and functional decline. But as the virus has spread across the country and world, nursing facilities have updated protocols and tightened restrictions—daily and sometimes hourly—before concluding the best way to keep their residents safe was to physically shut them off from the outside world.

“I can’t imagine it’s anything but heartbreaking for their families,” said Deborah Winn-Horvitz, chief executive of the Jewish Association on Aging in Pittsburgh, which runs the communities where the Levines live.

The outbreak reached Pennsylvania on Friday, March 6, when the first two cases were confirmed in the eastern part of the state. Knowing it was only a matter of time before the coronavirus spread west to Pittsburgh, the JAA stepped up visitor screening, and canceled all group outings to restaurants and movie theaters. Student groups were no longer allowed in.

If it gets to the point where people can’t gather, they can play from their rooms, sitting in their doorway, while Ms. Danhires calls the letters out from the hallway. “We’ll have to be creative,” she said.

The following week, vendors were told to leave deliveries at the dock. By Thursday, March 12, the protocols were on their 17th revision. Visitors who had been to New York, Washington, Massachusetts, Florida and California were restricted. By the end of the day, the JAA decided to tighten visitation even further, allowing only one visitor from each family.

The next morning, the JAA decided the best way to keep residents and staff safe was to ban all visitors. During a Friday morning management meeting, they agreed to begin the restriction at 8 p.m. Saturday. Residents would be confined to their buildings.

Questions followed. What about end-of-life situations? They would make sure families get in to see a loved one who is near death, Chief Operating Officer Mary Anne Foley told them. They would use Skype to help residents connect with families.

Staff began telling residents that visitation would end Saturday, and called their families.

She had a good friend who came every Sunday. When Ms. Kirshenbaum heard that visits would be banned indefinitely as of 8 p.m., she asked for her cellphone so she let her friend know.

She thinks it is for the best, she said, but “this is going to be tough.”

The Centers for Medicare and Medicaid Services issued its statement banning all visitors from nursing-care facilities just a few hours later.

When Barbara Levine-Ritterman of Hartford, Conn., the daughter of Larry and Claire, got word about the visitor ban, she called her dad, who was just then visiting her mother. She told him he would have to leave and then asked to speak to her mother.

“She didn’t understand why Dad had to leave, let alone that he won’t come back for a while,” she said. “It’s going to be really hard on each of them to be separate.”

Still, she backs the ban, feeling it’s the best way to protect her parents. She had been planning to fly out to see them both the following week and canceled her reservations.

Mr. Levine said he understands the measures. “They want to catch it before it hits us smack in the face,” he said. With nowhere to go, he said he’s been going through the mail that has been piling up. He has talked to his wife on the phone, but conversations are difficult. “Her mind wanders,” he said. Sometimes she doesn’t know who he is. On Monday, they Skyped, with the help of JAA. “She looked good,” he said.

He misses visits from his two sons, who up until last weekend, would come every Saturday and take him to breakfast at a nearby Eat’n Park family restaurant. After that, they would visit their mother. One son would bring Ruby, his Cairn terrier that she loved.

Write to Clare Ansberry at clare.ansberry@wsj.com