DACA recipients, including Carolina Fung Geng, (3rd from left), plaintiff Martin Batalla Vidal (center) and Eliana Fernández (3rd from right) hold their fists in the air as they enter the U.S. Supreme Court on Tuesday, Nov. 12, 2019. 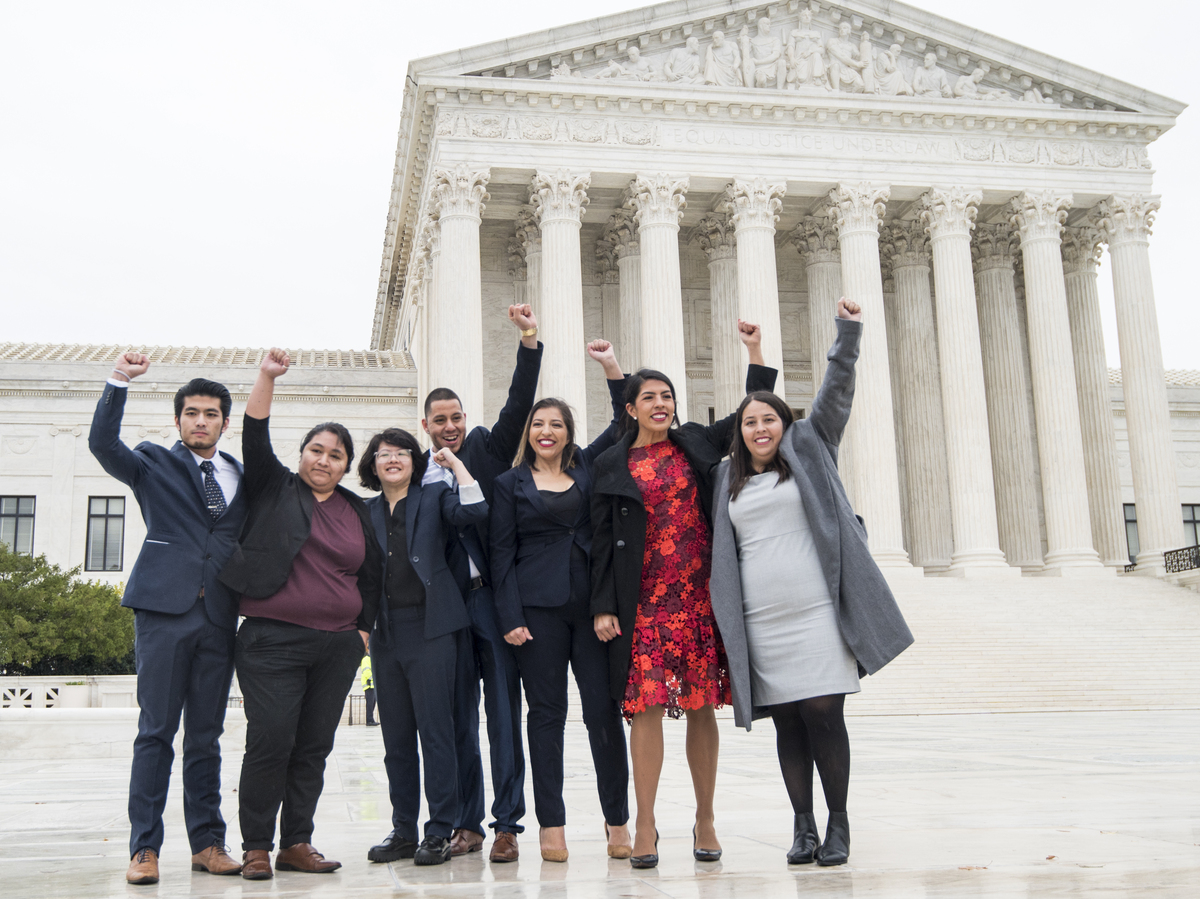 DACA recipients, including Carolina Fung Geng, (3rd from left), plaintiff Martin Batalla Vidal (center) and Eliana Fernández (3rd from right) hold their fists in the air as they enter the U.S. Supreme Court on Tuesday, Nov. 12, 2019.

Today, the 643,000 DACA recipients in the United States can breathe a little easier.

After the Supreme Court’s 5-4 decision allowing the Deferred Action For Childhood Arrivals Program to remain in place, calling the Trump administration’s rescinding of the program “arbitrary and capricious”, it’s been a cause for celebration—if a cautious one— by advocates and the “Dreamers”.

Since the program was announced in 2012, DACA has been a lifeline for immigrants who were brought to the U.S. as children. Their two-year permits allow them to work and defers deportation. And, depending on state law, DACA status can mean access to a slew of other benefits, such as in-state college tuition, drivers’ licenses and health insurance. 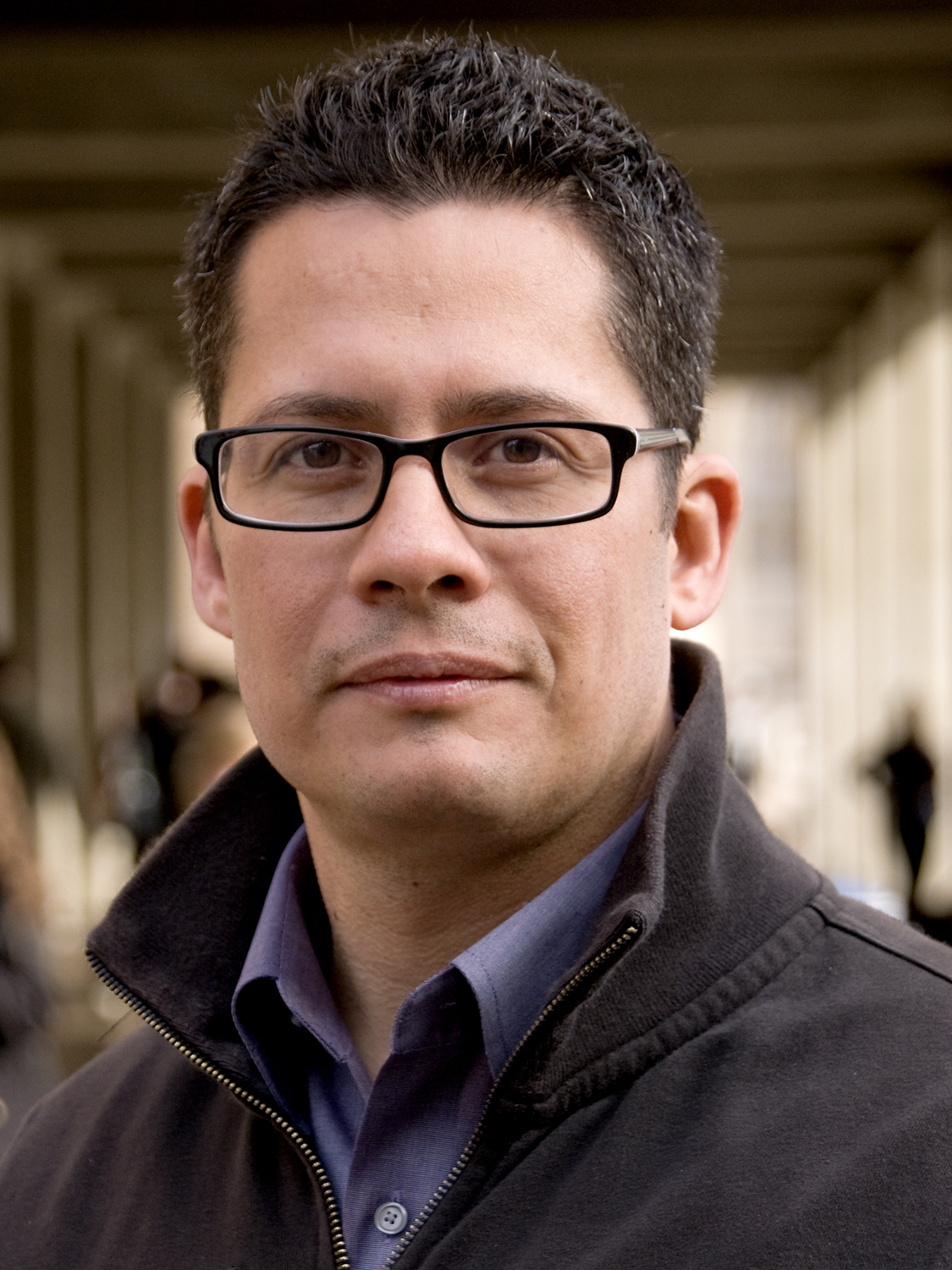 Roberto G. Gonzales, a professor at Harvard’s Graduate School of Education, calls DACA the “most successful immigration policy” since 1986, when Congress passed the Immigration Reform and Control Act and, when signed by President Ronald Reagan, legalized the presence of almost 3 million immigrants.

Gonzales, the director of the Immigration Initiative at Harvard, has witnessed firsthand the life-changing effects of the program. For the past two decades, he has studied the outcomes of undocumented youth, before and after DACA was put in place.

In his 2015 book Lives in Limbo: Undocumented and Coming of Age in America, he profiles young adults in Los Angeles who, despite their best efforts, couldn’t access most life opportunities because they didn’t have a Social Security number. And since the program’s inception, he has surveyed over 2,600 recipients about how it has affected their lives — overwhelmingly, he says, for the better.

I spoke with Gonzales, before and after the Supreme Court handed down its decision, to talk about the program’s impact, and what comes next for the Dreamers. He’ll also join us on an upcoming episode of the Code Switch podcast — stay tuned.

Our conversation has been edited and condensed for clarity.

When you first read the court’s opinion, what went through your mind?

I’ve heard from several colleagues, and the consensus is that the Supreme Court got it right, that today is a day to celebrate.

The life of DACA really hangs in the balance. So, we know what’s going to happen over these next several months will critically determine the future of this program, but also of young people. And not only for a segment of young people, but for their parents, for siblings, for romantic partners, for a broader community.

Today, many people will celebrate. But people are well aware that there’s a lot more work to be done.

You had worked with, and profiled, young undocumented people before the creation of the DACA program. What had their lives looked like pre-2012?

Before graduate school, I worked as a youth worker at a neighborhood social service agency. Working alongside immigrant kids and families gave me a worm’s eye view of the ways in which immigration and schooling were framing kids’ everyday worlds. Over time, I started to realize that many of our neighborhood youth were hitting walls at around 14 to 16 years old as their friends were moving forward, obtaining driver’s licenses, taking after school jobs and starting to prepare for college. They were realizing the limitations of their of immigration status and they weren’t able to join their friends.

Fast forward a few years later, I was in a graduate program in California and doing volunteer work in Southern California communities. I started meeting other young people who had moved to California with their families at 6 months old to 5 years old. And again, at a really critical time in adolescence, they started running into dead ends, running into the limitations of their immigration status.

By now, I’ve met hundreds who had this kind of pivotal moment, when they come to realize that their undocumented status will block them from the means through which to achieve their goals, their dreams and aspirations.

And since DACA was implemented, you’ve been following and studying its trajectory. What are your biggest takeaways from that research?

The evidence is clear and indisputable. DACA has made a tremendous impact on the lives of hundreds of thousands of young people over the last eight years.

Just 10 months after the implementation of DACA, our respondents were obtaining driver’s licenses, acquiring new jobs, increasing their earnings and had access to new forms of health care through new work and educational opportunities. They were starting to build credit by opening up bank accounts and applying to credit cards. And as a result, they were able to play a more meaningful role for their families. This meant being able to drive parents to and from work, and having the opportunity to take on extra jobs and larger responsibilities for paying rent and mortgages.

All of the young people that we’ve met through this research have used their DACA benefits and status to benefit family members. They have been excited and proud to be able to do more to help their families. And having the ability to pursue careers, to provide daycare for their children, to provide assistance to their parents, to contribute to local economies in more meaningful ways, it’s a net benefit to entire households and their larger communities.

For example, one woman we surveyed has done remarkably well with her DACA status. She’s making upwards of $65,000 a year. She’s moved into her own apartment. She’s saving up money to buy a house. And every month she sends her grandmother in Mexico $400. She knows that that money goes a long way to help her grandmother and to help other members of her extended family. They may be divided by borders, but there’s an opportunity to play a more meaningful role, at least financially.

Besides the material benefits, what other changes have you seen take place?

Prior to DACA, the young people that I met were experiencing mental and physical manifestations of stress, because of the stress of of leading undocumented lives. They often had chronic toothaches, headaches, sleeping problems, trouble getting out of bed in the morning, eating disorders, depression and suicidal ideation. It became very clear to me there’s a very strong link between undocumented status and strained well-being.

How did their emotional state change when when the Trump administration first announced it was rescinding DACA?

Shortly after the announcement, I fielded many calls by young people across the country, and I spoke to a lot of our students at Harvard. People were really stressed out. For many of them back in 2012, they feared what it meant to come forward and submit their documentation to the federal government. And now, there was this moment where the status that had been a tremendous boost for them and their families could be taken away. They were really struggling to grasp what life might look like and feel like living with an expiration date.

A young man from Atlanta I talked to had all of these thoughts running through his head: Do I stay? If I stay, what is going to happen? Do I leave college? What would it look like if I go back to Mexico? What would it look like if I have to start from scratch? He was really struggling with the choice between what he felt were really terrible alternatives: staying without DACA and trying to make things work for himself, or going to Mexico, and trying to navigate a system that he didn’t know.

I met another young woman from California, who I think represented the spirit of a lot of older DACA beneficiaries. And she told me: “We’ve been here before.I can still remember what life was like for me prior to DACA. It was a hustle and it was a struggle every way, at every turn. But I came out of it successful. This is not going to be what I’ve been planning for. But we’ve got a really powerful youth movement. And I will put all of my time, all my energy into organizing.”

I’ve met a lot of young people who hold one or both of those perspectives, often at the same time. There’s a worry and despair, but also the thought that “I don’t really have time to worry about this, to think about it too much. I really need to take action.”

Do you have a sense of what comes next in these upcoming months? Where do Dreamers go from here?

That may be today’s $64,000 question. I think that so many people have been holding their breaths for this decision for so long, that now is a time for stepping back and reflecting, and understanding that there is now a window of time and an opportunity to push.

This is an issue that’s not going away, and it’s going to be front and center for the next several months during the presidential campaign heading up to the election. I can imagine that advocates and activists are trying to think of the particular pressure points around which to organize and to raise awareness. I think that there will be connections between the immigrant-rights movement, Black Lives Matter, and the LGBTQ movement, articulating a more nuanced and wider reaching message that connects the dots on these issues.

But at least for now, many young people will breathe a huge sigh of relief and know that they can lead their lives, in the coming weeks and months, perhaps with a little more security and a little more comfort.

Death Of Robert Fuller, Who…

Biden says he can hardly…

Second stimulus check from the…