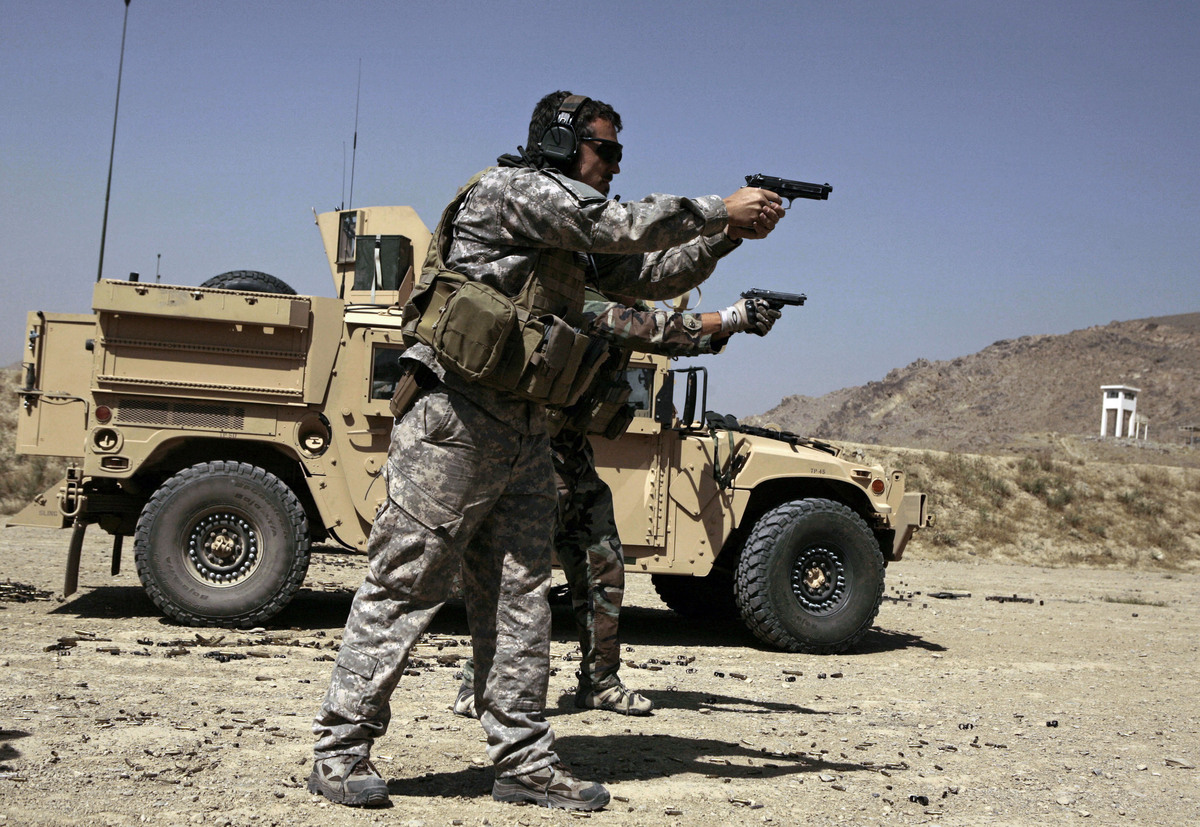 Members of Congress in both parties demanded answers on Monday about reported bounties paid by Russian operatives to Afghan insurgents for targeting American troops.

The stories appeared to have taken even the most senior lawmakers off guard, and they said they wanted briefings soon from the Defense Department and the intelligence community.

“I think it is absolutely essential that we get the information and be able to judge its credibility,” said Rep. Mac Thornberry, R-Texas, the ranking member of the House Armed Services Committee.

The story is unfolding along two parallel tracks in Washington, based on two key questions:

First, what actually has taken place — and have any American troops been killed as a result of Russian-sponsored targeted action? And second: Who knew what about the reporting on these allegations that has flowed up from the operational level in Afghanistan?

The White House tried to defend itself over the weekend on both counts, arguing that senior intelligence officials aren’t convinced about the reliability of the reports and that they never reached President Trump or Vice President Pence personally.

House Speaker Nancy Pelosi, who usually receives some of the most sensitive intelligence briefings as a member of the so-called Gang of Eight leaders in Congress, said she too hadn’t been informed and sent a letter Monday requesting a briefing for all members of the House soon.

Senate Minority Leader Chuck Schumer, D-N.Y., called for a briefing for all members of the Senate.

Pelosi cited reports in The New York Times and The Washington Post that suggested that Trump has been aware of the bounty practice since earlier this year but he and his deputies haven’t acted in response.

“The administration’s disturbing silence and inaction endanger the lives of our troops and our coalition partners,” she wrote.

Another top House lawmaker demanding more information was Rep. Liz Cheney of Wyoming, Republicans’ No. 3 leader in the chamber.

If reporting about Russian bounties on US forces is true, the White House must explain:
1. Why weren’t the president or vice president briefed? Was the info in the PDB?
2. Who did know and when?
3. What has been done in response to protect our forces & hold Putin accountable?

There was no immediate explanation for how and why this particular group of lawmakers was chosen and not others. A group of House Democrats was expected to travel to the White House on Tuesday with Majority Leader Steny Hoyer, D-Md.

McCaul and Kinzinger said in a joint statement that they’d been told that “there is an ongoing review to determine the accuracy of [the bounty targeting] reports, and we believe it is important to let this review take place before any retaliatory actions are taken.”

If U.S. officials ultimately are satisfied that they’ve proven what they suspect is happening, Trump must act, the lawmakers said.

“There are already those who are politicizing this issue. However we cannot let politics overshadow a truth that Republicans and Democrats alike can agree on: [Russian President Vladimir Putin’s] regime cannot be trusted,” McCaul and Kinzinger said. “If the intelligence review process verifies the reports, we strongly encourage the administration to take swift and serious action to hold the Putin regime accountable.”

Banks used a Twitter thread after the briefing to attack the newspapers for reporting the bounty allegations because he said they’d revealed an ongoing intelligence investigation — one that he said now might never be resolved because it has become public.

I just left the White House where I was briefed by CoS @MarkMeadows and top intelligence officials. They discussed @nytimes‘ hit piece falsely accusing @realDonaldTrump of ignoring reports that Russia placed bounties on American soldiers in Afghanistan.

That characterization of the reality inside the secret intelligence world was different from the one offered earlier by McEnany, who suggested that American spies don’t agree about what they’ve uncovered or what it means.

McEnany told reporters there was “no consensus” about the allegations within the intelligence community and that it also includes some “dissenting opinions.”

McEnany also suggested that intelligence officials decided to keep the bounty payment allegations below Trump’s level until they were “verified,” as she put it, but those details were not clear.

Custody of the information

Although Trump and John Ratcliffe, director of national intelligence, both said the president hasn’t been briefed about the alleged bounty practice, the Office of the Director of National Intelligence did not address whether aspects of the reporting had been included in written briefings submitted to the president.

McEnany did not directly address a question about written briefing materials on Monday.

Past accounts have suggested that Trump doesn’t read many of his President’s Daily Briefs and prefers to hear from in-person intelligence presenters — but even then, according to the recent book by former national security adviser John Bolton, Trump does more talking than listening.

This has added to questions about practices within the administration for passing intelligence to the president that he might not like or wish to hear about.

For example, former officials have said they learned not to talk with Trump about Russian interference in U.S. elections, about which the president has been critical and skeptical.

Another example included reports that suggested Trump had received warnings about the coronavirus in his daily briefing but hadn’t absorbed them; the White House has detailed two specific briefings Trump received about the virus early this year.

Richard Grenell, the former acting director of national intelligence who temporarily held the post before Ratcliffe’s confirmation, said on Twitter that he wasn’t aware of any reporting about the alleged bounty practices.

I never heard this. And it’s disgusting how you continue to politicize intelligence. You clearly don’t understand how raw intel gets verified. Leaks of partial information to reporters from anonymous sources is dangerous because people like you manipulate it for political gain. https://t.co/403X9AVGAC

The game of who knew what when is an old one in Washington but which is further complicated now by Trump’s longstanding antipathy with the intelligence community.

The president has feuded with his aides and advisers over their assessments about Russia and other issues such as North Korea’s nuclear program.

Meanwhile, there have been reports for years about Russian paramilitary or intelligence activity in Afghanistan with implications for American forces. A top general said Russian operatives were helping the Taliban with weapons or supplies. Former Defense Secretary James Mattis also said he worried about it.

The full picture never emerged, but as the situation on the ground in Afghanistan evolved, so did the practices in Washington to ingest, process and brief intelligence in a capital that has endured a number of tense episodes involving the spy agencies.

It isn’t yet clear what practices the intelligence agencies may have adopted to process intelligence like that connected to the alleged bounty program and whether they were continuing to evaluate it — or different agencies might have reached different conclusions, as sometimes happens.

In other words, did the Defense Intelligence Agency or one of the military services find evidence about the bounty practice in Afghanistan, but there hasn’t yet been confirmation about the intentions of Moscow from the eavesdropping National Security Agency or human spy-operating CIA?

Banks’ Twitter thread on Monday suggested something along these lines — that The Times had, he wrote, “used unconfirmed intel in an ONGOING investigation into targeted killing of American soldiers.”

At the same time, the story appears to be broader than that. Britain’s Sky News reported that British military forces also may have been targeted in exchange for bounties paid by Russian forces and that members of Parliament want more information from Prime Minister Boris Johnson.

What was clear Monday is that members of Congress want to resolve these questions fast. The House Armed Services Committee’s Thornberry said that the safety of American and allied troops could depend on it.

“When you’re dealing with the lives of our service members, especially in Afghanistan — especially these allegations that there were bounties put on Americans deaths, then it is incredibly serious,” he said. “We in Congress need to see the information and the sources to judge that ourselves, and it needs to happen early this week. You know, it will not be acceptable to delay.”

US: White couple charged after…