cases increase in US

US surpasses 5 million confirmed coronavirus cases, highest in the world

The U.S. is about to hit an astonishing milestone of 5 million confirmed infections, easily the highest in the world.

NEW YORK — More than four months into a sustained outbreak, the U.S. surpassed an astonishing milestone of 5 million confirmed infections, easily the highest in the world.

Health officials believe the actual number is closer to 50 million, given testing limitations and the fact that as many as 40% of all cases are asymptomatic.

In the U.S., new cases run at about 54,000 a day — an immensely higher number even when taking into account its larger population. And while that’s down from a peak of well over 70,000 last month, cases are rising in nearly 20 states, and deaths are climbing in most. 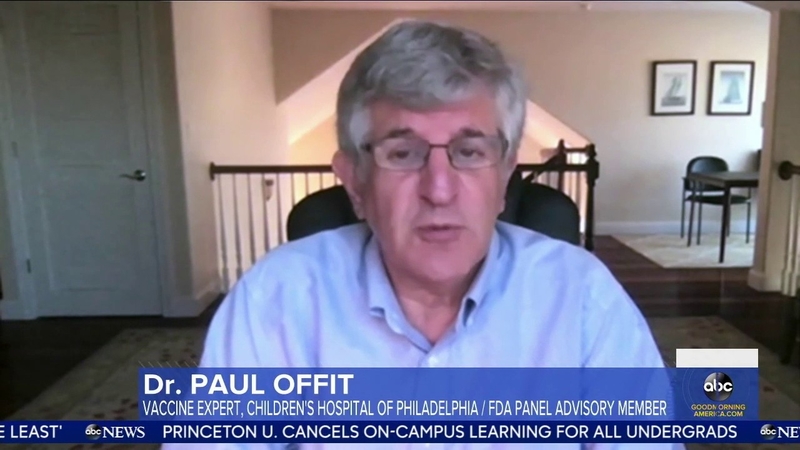 Dr. Paul Offit, a vaccine expert with the Children’s Hospital of Philadelphia, raises concerns about the rush to have a COVID-19 vaccine by the fall.

When the virus first appeared in the United States, Trump and his supporters quickly dismissed it as either a “hoax” or a virus that would quickly disappear once warmer weather arrived. At one point, Trump suggested that ultraviolet light or injecting disinfectants would eradicate the virus. (He later said he was being facetious).

Trump’s frequent complaints about Dr. Anthony Fauci have regularly made headlines in Europe, where the U.S. infectious diseases expert is a respected eminence grise. Italy’s leading COVID-19 hospital offered Fauci a job if Trump fired him.

Trump has defended the U.S. response, blaming China, where the virus was first detected, for America’s problems and saying the U.S. numbers are so high because there is so much testing. Trump supporters and Americans who have refused to wear masks against all medical advice back that line.

“There’s no reason to fear any sickness that’s out there,” said Julia Ferjo, a mother of three in Alpine, Texas, who says she is “vehemently” against wearing a mask. Ferjo, 35, teaches fitness classes in a large gym with open doors, where she doesn’t allow participants to wear masks.

“When you’re breathing that hard, I would pass out,” she said. “I do not want people just dropping like flies.”

And health officials watched with alarm as thousands of bikers gathered Friday in the small South Dakota city of Sturgis for a 10-day motorcycle rally. The state has no mask mandates and many bikers expressed defiance of measures meant to prevent the virus’s spread. 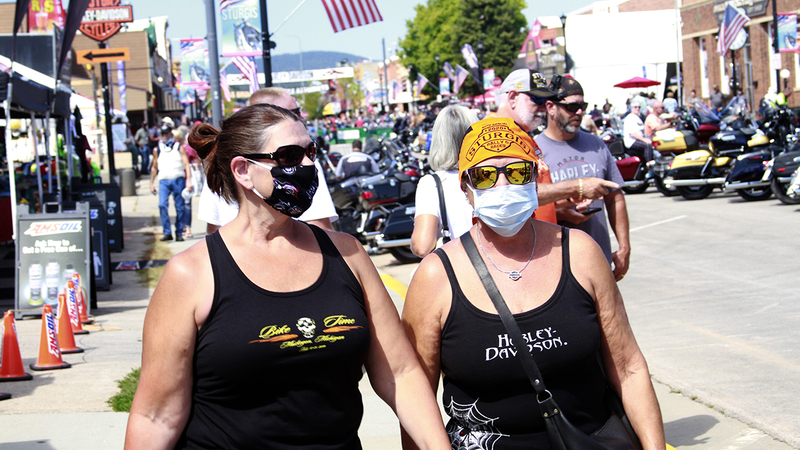 The Sturgis Motorcycle Rally in South Dakota is drawing a massive crowd as coronavirus cases increase in nine states and Puerto Rico.

Dr. David Ho, director of the Aaron Diamond AIDS Research Center at Columbia University Irving Medical Center, who is leading a team seeking treatments for COVID-19, decried such behavior, as well as the country’s handling of the virus.

“There’s no national strategy, no national leadership and there’s no urging for the public to act in unison and carry out the measures together,” he said. “That’s what it takes and we have completely abandoned that as a nation.”

When he gets on Zoom calls with counterparts from around the globe, “Everyone cannot believe what they’re seeing in the U.S. and they cannot believe the words coming out of the leadership,” he said.