Michael Mulgrew, president of the United Federation of Teachers in New York City, said at a press conference Wednesday that schools were not ready to reopen. 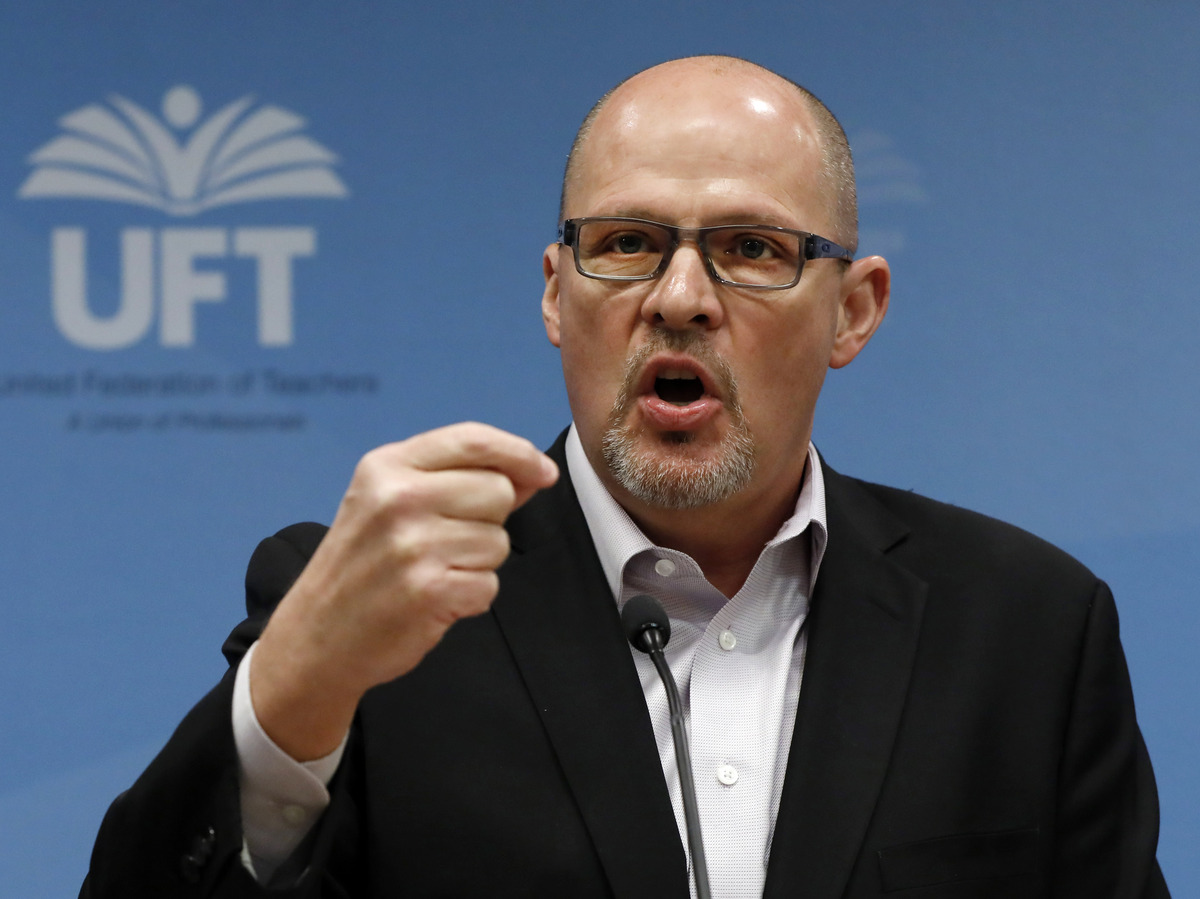 Michael Mulgrew, president of the United Federation of Teachers in New York City, said at a press conference Wednesday that schools were not ready to reopen.

New York City, the largest school district in the country with 1.1 million students, is also the only big-city school district planning to open its doors to students — albeit on a hybrid schedule with virtual learning — on time this fall. But at a press conference Wednesday, the president of the city’s largest teachers union said the mayor needs to make major changes to meet the union’s criteria for safe reopening.

“We don’t believe it is possible for schools to open on Sept. 10,” said Michael Mulgrew, president of United Federation of Teachers, whose members include about 75,000 of the city’s teachers, as well as other school staff.

If schools do open, he warned, “It might be one of the biggest debacles in the history of the city.”

Once an epicenter of the pandemic, New York City has seen cases remain low since the beginning of June, and fewer than 1% of coronavirus tests have been coming back positive in recent days. Public health experts, including some who appeared at the UFT’s press conference, have affirmed that community spread is low enough in the region to match countries in Europe and Asia where schools have reopened — with hygiene and social distancing in place — without spurring coronavirus spikes.

However, a growing chorus of voices including the city’s principals union have been asking for a delay because of “basic, but vital questions” about reopening. The concerns include repairs to building ventilation, the availability of personal protective equipment and cleaning supplies, and staffing.

In Wednesday’s press conference, the UFT reiterated these concerns. They said that a task force of over 100 union members would be personally visiting schools to check on stockpiles of supplies, entry and exit procedures, and other items on a three-page safety checklist sent out during the press conference.

Mulgrew also called for testing all students and staff members no more than 10 days before the start of school. Those who test positive for antibodies could be presumed to have some continuing immunity, he said, while others would need to be retested regularly.

Finally, Mulgrew wants to see enhanced contact tracing such that members of a school community could be reached and told to quarantine within 24 hours of a positive test result. Los Angeles Unified, the nation’s second-largest school district, which is starting the year remotely, announced a pilot plan earlier this week to test all students and provide contact tracing using its own staff.

If these demands are not met and school buildings open on Sept. 10, Mulgrew said, “the union is prepared to go to court and/or go on strike if we need to.”

“Union receiving penalties, I go to jail, all of that,” Mulgrew said. “We’ll do it if we have to.”