Ballots are stored at the Franklin County Board of Elections in Columbus, Ohio, on April 28, the final day of that state’s primary election. An NPR analysis finds that more than 500,000 absentee ballots were rejected in primaries this year. 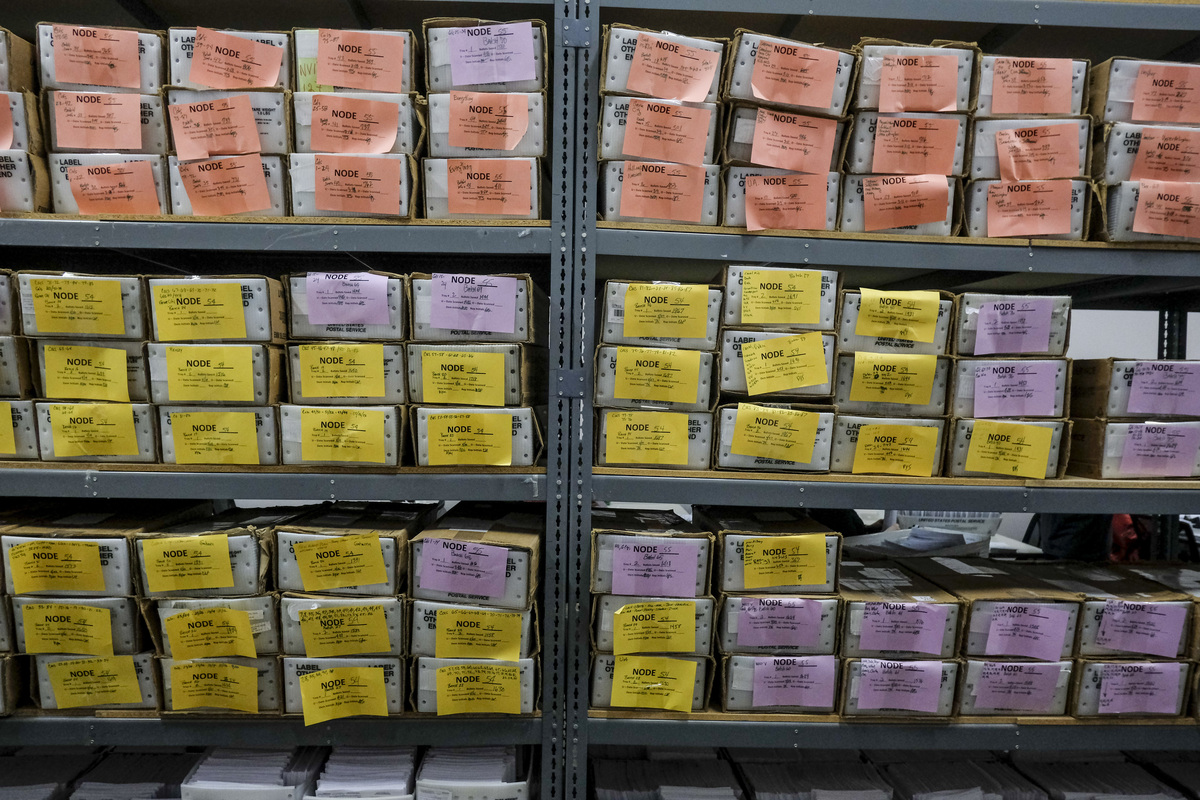 Ballots are stored at the Franklin County Board of Elections in Columbus, Ohio, on April 28, the final day of that state’s primary election. An NPR analysis finds that more than 500,000 absentee ballots were rejected in primaries this year.

An extraordinarily high number of ballots — more than 550,000 — have been rejected in this year’s presidential primaries, according to a new analysis by NPR.

That’s far more than the 318,728 ballots rejected in the 2016 general election and has raised alarms about what might happen in November when tens of millions of more voters are expected to cast their ballots by mail, many for the first time.

Election experts said first-time absentee voters are much more likely to make the kinds of mistakes that lead to rejected ballots. Studies also show that voters of color and young voters are more likely than others to have their ballots not count.

Most absentee or mail-in ballots are rejected because required signatures are missing or don’t match the one on record, or because the ballot arrives too late.

“If something goes wrong with any of this, that’s a problem writ large, but it’s also going to be one that hits some populations of the United States a bit harder than others, potentially disenfranchises different groups of folks at higher rates,” said Rob Griffin of the Democracy Fund, which is conducting a sweeping survey of the 2020 electorate with researchers at UCLA.

Griffin said, so far, about a quarter of those who voted in person in the last election say they plan to vote by mail this November. The same is true for those who have never voted before and will be casting their first ballots in this year’s election.

The numbers compiled by NPR are almost certainly an underestimate since not all states have made the information on rejected mail-in ballots available.

Even with limited data, the implications are considerable. NPR found that tens of thousands of ballots have been rejected in key battleground states, where the outcome in November — for the presidency, Congress and other elected positions — could be determined by a relatively small number of votes.

The numbers are also significant because of large partisan differences in how Americans plan to vote this fall. Democrats have expressed more interest than Republicans in voting by mail — 47% to 28% in the Democracy Fund/UCLA survey. Forty-eight percent of those who intend to vote for Joe Biden say they will use mail-in ballots, compared with 23% of Trump supporters.

With so much at stake, the political parties and candidates have made voting options, and the rules that surround them, a central part of their campaigns.

Trump has repeatedly blasted mail-in voting as ripe for widespread fraud despite a lack of evidence. At the same time, Republicans are encouraging their supporters to vote by mail. In fact, Trump and his wife, Melania, did so this week in Florida’s primary.

For their part, Democrats are pushing widespread mail-in voting but are also concerned that many of their voters’ ballots could be rejected if the rules aren’t relaxed. They’re in court in more than half the states fighting to extend mail-in ballot deadlines and to waive witness and notary requirements. They also want voters to be given the opportunity to fix errors before their ballots are rejected. 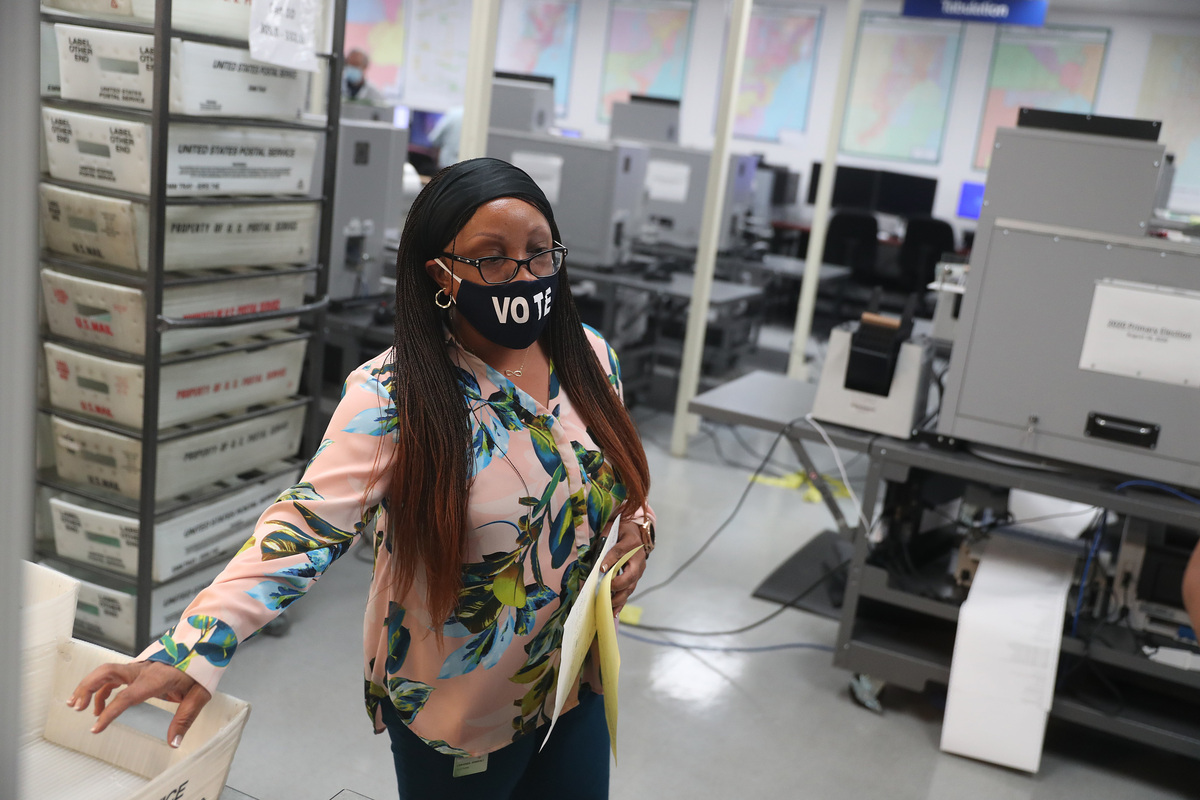 At the same time, Democrats are calling on election offices to make in-person voting and other options available for those who don’t want to vote by mail. These concerns have grown in recent weeks with news of cuts in the U.S. Postal Service that could impede ballot delivery.

“The parties are making this political calculus right now,” said Daniel Smith, a political scientist at the University of Florida. He said they’re trying to balance concerns about mail-in voting with the possibility that people won’t turn out in person due to the health risks of voting during a pandemic.

Smith added that the rejection numbers are only part of the picture. He said they don’t always take into account mail-in ballots that are initially accepted but then not counted because of other mistakes, such as a voter incorrectly choosing too many candidates or incorrectly circling a candidate’s name instead of filling in the bubble next to it.

Such errors are usually caught at the polling place and can be corrected before voters casts their ballots. Most voting machines will also not allow people to overvote accidentally, or choose too many candidates in a given race.

“Those mistakes are avoided when you vote in person,” Smith said. “You have seven, 10 people who can assist you in terms of making sure that you know about the ovals having to be filled out.” As a result, only about one-hundredth of a percent of in-person ballots are rejected compared with about 1% of mail-in ballots.

Smith found that in Florida’s March primary – where 18,000 ballots were rejected — Black and Hispanic voters were more likely to be voting by mail for the first time and, if so, were twice as likely to have their ballots rejected than white voters who were voting by mail for the first time. These differences will likely be exacerbated in the general election when turnout is much greater. Research indicates that mail-in ballots from first-time voters and voters of color are more likely to be rejected than other voters. 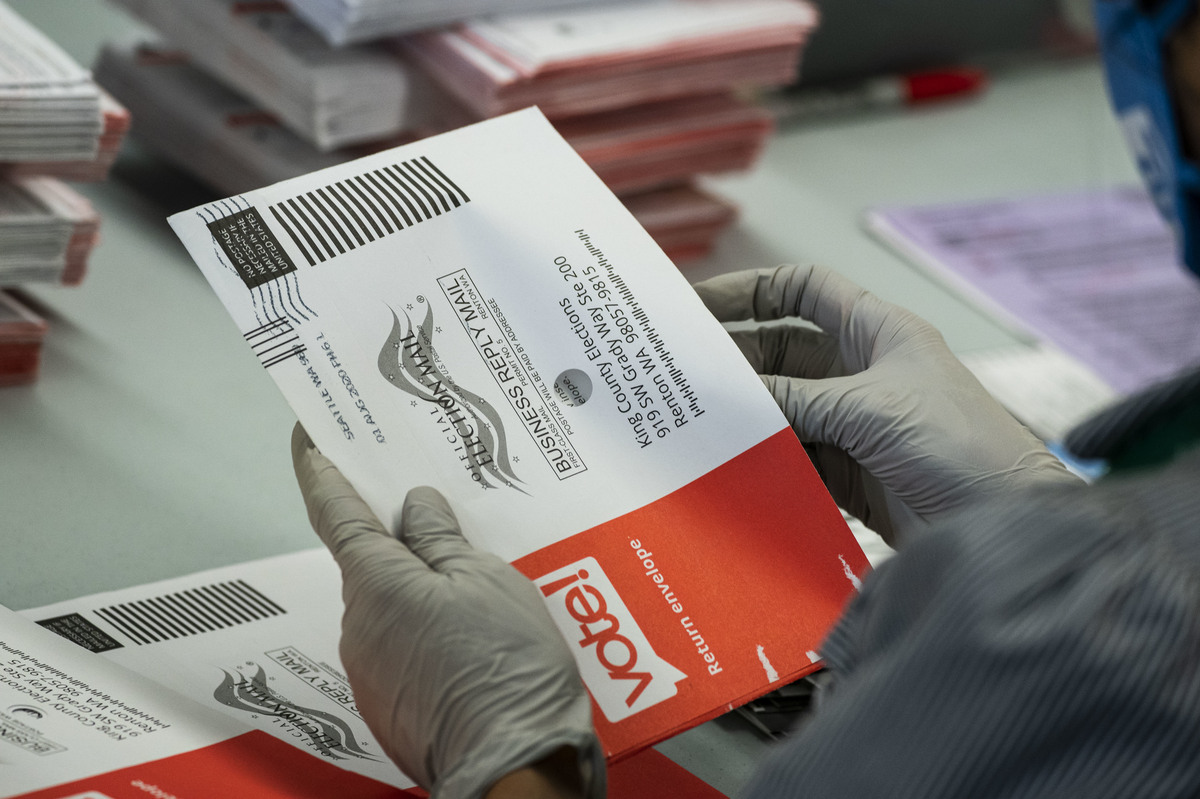 Research indicates that mail-in ballots from first-time voters and voters of color are more likely to be rejected than other voters.

“If you have 1% of maybe up to 6 million votes, you’re talking tens of thousands of votes that potentially are going to be rejected, and they are not rejected evenly across the electorate,” Smith said.

That could not only affect the outcome of the presidential election but other races as well. In 2018 in Florida, Republican Rick Scott beat incumbent Democrat Bill Nelson for the Senate by just over 10,000 votes.

Even though Democratic-leaning voters appear to be most at risk of having their mail-in ballots rejected, Republicans and conservatives have been most vocal about the risks of voting by mail. It’s part of a broader campaign to prevent the expansion of mail-in and absentee voting, which they fear Democrats could use to their advantage.

Jason Snead, executive director of the Honest Elections Project, a conservative advocacy group, noted that mail-in voting in the primaries has not only led to thousands of ballots being rejected but widespread confusion. He cited New York City’s primary, which took six weeks to resolve, in part because many mail-in ballots were rejected for not having a postmark. A federal judge later ordered those ballots to be counted.

Snead predicted that if the margin of victory in November is “smaller than the number of ballots that have been rejected for various reasons, I think that we can anticipate litigation to change the procedures for tallying those votes,” similar to the post-Election Day legal challenges in the 2000 presidential race between George W. Bush and Al Gore.

Democrats and progressive voter groups argue that the answer is not to limit mail-in voting but to eliminate the barriers that lead to rejections in the first place — the focus of their legal challenges of existing rules.

They also said it’s crucial that voters know what to do so their ballots aren’t rejected. Multiple nonprofit groups and campaigns have launched social media and online efforts encouraging voters to request their mail-in ballots early, learn the rules and return their completed ballots as soon as possible — either by mail, at a secure drop box or at their local election office.

At their presidential nominating convention this week, Democratic leaders repeatedly urged supporters to make sure they have a plan to vote, in person or by mail. “We’ve got to request our mail-in ballots right now, tonight, and send them back immediately and follow up to make sure they’re received. And then, make sure our friends and families do the same,” former first lady Michelle Obama said.

Election officials of both parties are also trying to get the word out in an effort to limit ballot rejections. Many states have detailed instructions on their websites on how to get, fill out and return an absentee or mail-in ballot.

This summer, Michigan Secretary of State Jocelyn Benson filmed a public service announcement where she filled out her own absentee ballot and explained the process step-by-step.

Pennsylvania, one of the states where the extent of rejected mail-in ballots might well determine the outcome of the election, is planning an ad campaign soon, urging people who have applied for absentee ballots to return them immediately, so they don’t risk having them not count because they arrived too late.