A Louisville police officer who criticized Black Lives Matter activists and Antifa supporters in an email last month was relieved of her command and will retire, officials said Friday.

Maj. Bridget Hallahan, 47, sent an email in August saying members of both groups will be “the ones washing our cars” and “cashing us out at the Walmart.” In response, she was relieved of her duties leading the Louisville Metro Police Department’s Fifth Division and will retire Oct. 1, interim Chief Robert Schroeder said during a news briefing.

“We are aware of these emails and we have been looking into them,” Schroeder said. “They were her personal opinions and do not represent the views of this department.”

The email starts off by saying: “I know it is hard to keep our thoughts and opinions to ourselves sometimes” amid protests over the death of Breonna Taylor and others killed by police. She said the public sometimes criticizes “what we do without even knowing the facts.”

“These ANTIFA and BLM people, especially the ones who just jumped on the bandwagon ‘yesterday’ because they became ‘woke’ (insert eye roll here), do not deserve a second glance or thought from us. Our little pinky toenails have more character, morals, and ethics, than these punks have in their entire body.

“Do not stoop to their level. Do not respond to them. If we do, we only validate what they did. Don’t make them important, because they are not. They will be the ones washing our cars, cashing us out at the Walmart, or living in their parents’ basement playing COD [Call of Duty] for their entire life.” 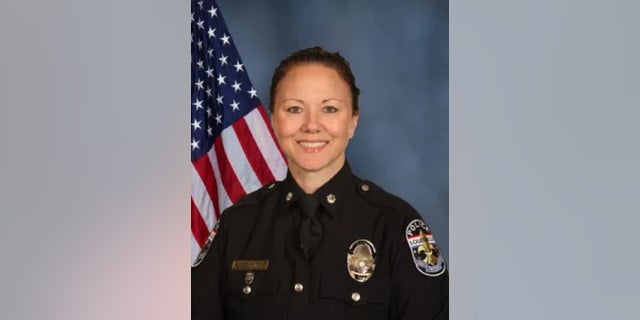 Louisville police Maj. Bridget Hallahan will retire next month after sending an email in which she criticized Black Lives Matter and Antifa.
(LMPD)

She also claimed that officers and their families have been victims of doxing, the publishing of someone’s private information, “merely because people just don’t like being told what to do or what not to do by police.”

“There is currently no recourse we have for incidents involving the doxing of officers or their families,” the message reads. “What we can do is speak up against them and put the truth out there. Through the PIO office and the LMPD FB page, we will come back at them on their own page to let them and everyone else know they are lying. We will print the facts. I will see to it.”

Hallahan also encouraged officers to come to her office to “vent together” if they need to.

The email comes after Louisville Sgt. Jonathan Mattingly emailed 1,000 of his colleagues and blamed Mayor Greg Fischer and other officials for failing “all of us in epic proportions for their own gain and to cover their a—-,” the Louisville Courier-Journal reported.

Mattingly was one of the officers involved in the raid on Breonna Taylor‘s home that ended with her fatally shot six times. He also was shot during the March 13 operation.

“You DO NOT DESERVE to be in this position,” wrote Mattingly. “The position that allows thugs to get in your face and yell, curse and degrade you. Throw bricks bottles and urine on you and expect you to do nothing.

On Friday, Schroeder said the department was reviewing the email and “determining what course of action” to take.

A third of Colorado voters…

Idaho sets yet another coronavirus…

Full Analysis and Highlights of…