Honda has recently revealed the all-new Civic, the eleventh generation of the ever-popular line of compact cars. In the words of product planning head Gary Robinson, the tenth generation is “a tough act to follow.”

This is why the Japanese automaker
“focused on the best parts of the current Civic” while taking inspiration from
“all ten generations to make this one even better.” Speaking to Motor Trend, the head of product planning also wants you to believe the newcomer
“looks really sporty.”Dear Gary, what exactly is sporty about the exterior design? That’s a smaller Accord with lots of black garnish, and if I’m not mistaken, a 1.5-liter turbo is hiding under the hood with OK-ish output ratings.

Speaking of the mid-size sedan that served as inspiration for this fellow, the side mirrors of the Civic have been moved from the A-pillars down onto the doors because “it allows a much better view for the people inside.” When asked by Sam Du of Super Street Magazine about the interior, Gary referred him to “a very good rendering” rather than opening the door. To be honest, it’s easy to tell from the very tinted windows this car is only a prototype.

And now, brace yourself for the fun part of the video presentation from Motor Trend. Even though Honda is keeping quiet about the performance, Gary is much obliged to confirm “the best Civic ever. There are six-speed manuals available throughout the lineup.” The Civic Si and Civic Type R have also been mentioned, along with a hatchback that Honda will manufacture stateside.

Gary stopped short of mentioning the coupe, which has been discontinued from the lineup over increasingly poor sales. You can also bid farewell to the 400-horsepower and all-wheel-drive rumors because an electric motor integrated into the rear axle of the Type R is too expensive to develop and manufacture for such a low volume of cars.

When asked about when is the U.S. going to see the series-production Civic for the 2022 model year, Gary reiterated what you already know from the launch event. Spring 2021 is when the eleventh generation will go on sale in the U.S., and chances are the hatchback will be presented by then as well. 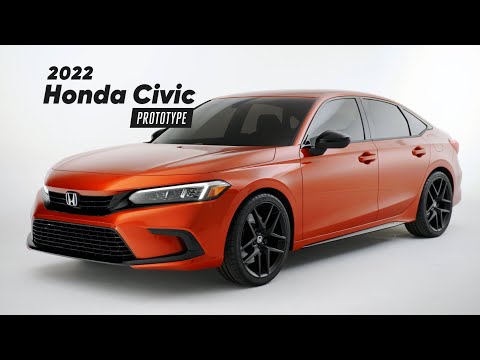