Dr. Anthony Fauci on Sunday dismissed accusations that he deliberately moved the goalposts on when the country would vaccinate enough people against COVID-19 to reach herd immunity, saying he was previously offering “guestimates.”

Reported by some outlets as a “confession,” Fauci told The New York Times: “When polls said only about half of all Americans would take a vaccine, I was saying herd immunity would take 70 to 75 percent …Then, when newer surveys said 60 percent or more would take it, I thought, ‘I can nudge this up a bit,’ so I went to 80,85.”

In subsequent interviews, Fauci has focused on the other part of that Times report in which he compared COVID-19 to measles, saying at the time that “I’d bet my house that COVID isn’t as contagious as measles.” 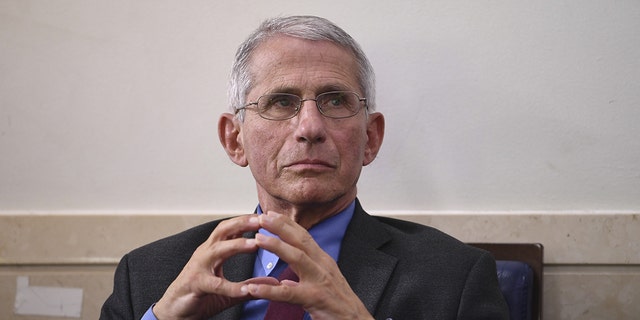 Fauci appeared on Sunday morning’s “State of the Union,” reiterating to CNN’s Dana Bash that he based his numbers on measles – not polling.

“When you get below 90% of the population vaccinated with measles, you start seeing a breakthrough against the herd immunity, people starting to get infected, like we saw in upper New York State and in New York City, with the Orthodox Jewish group, when we had the measles outbreak.”

“So I made a calculation that COVID-19 is not as nearly as transmissible as measles,” Fauci added, stressing that measles is “the most transmissible” virus.

Instead, Fauci claimed that he made “a guestimate,” and he remained firm that a more realistic range would be 75-80% of the Amercian population needing to be vaccinated before the country reaches herd immunity.

“I think 75-80% for herd immunity for COVID-19 is a reasonable estimate, and in fact, most of my epidemiology colleagues agree with me,” Fauci clarified.

When pressed as to when he thinks that might be, Fauci speculated that the U.S. might see “open season” – the point at which the vaccine is offered to the general public – around the end of March.

Starting general public vaccinations in April would mean reaching herd immunity around the end of summer, he added, despite vaccination numbers reportedly lower than Operation Warp Speed projected a month ago when the vaccines were still awaiting approval.

“Whenever you roll out a large program that’s a comprehensive vaccine program — with a brand-new vaccine like this – in the beginning, it starts slow and begins to gain momentum,” Fauci said.

“I’m pretty confident as we gain more momentum, as we transition from December to January and then February and March, I believe we’ll catch up with the projection.”