Latest News
Home /For 26 days in a row, more than 100,000 people have been hospitalized fighting coronavirus – CNN

One hospital in Southern California is facing the possibility of rationing the limited number of ICU beds and treatment equipment due to the surge of cases, meaning health care providers may have to make decisions of who gets treatment and who does not, infectious disease specialist Dr. Kimberly Shriner told CNN on Sunday.

Huntington Memorial Hospital in Pasadena is preparing for the “ultimate triage” if cases continue to climb in the coming weeks, Shriner said.

And with waves of holiday travel, health experts predict cases will only grow. More than 1.1 million people were screened at airports on Saturday, according to the TSA. More than 616,000 were screened on Christmas Day alone, and hundreds of thousands more traveled in the days leading up to the holiday.

Dr. Anthony Fauci described the potential impacts of the holiday season as a “surge upon a surge.”

“If you look at the slope, the incline of cases that we’ve experienced as we’ve gone into the late fall and soon to be early winter, it is really quite troubling,” Fauci said.

“As we get into the next few weeks,” he added, “it might actually get worse.”

Complexity at every step for vaccine distribution

Nearly 2 million Covid-19 vaccine doses have been administered in the US, according to the Centers for Disease Control and Prevention, and more than 9.5 million doses have been distributed.

Those numbers now include both the Pfizer/BioNTech and Moderna Covid-19 vaccines. And while there are lags in data reporting,
federal officials had previously said they were working to distribute 20 million doses by the end of the year. 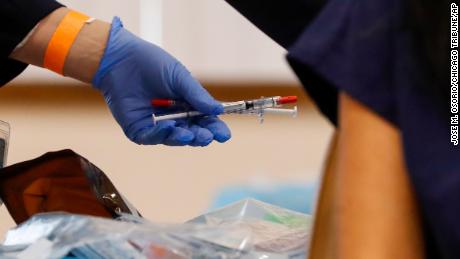 “I’m pretty confident that as we gain more and more momentum, as we transition from December to January and then February to March, I believe we will catch up with the projection,” he said.

“At every step, there’s complexity and there’s possibility for delay, whether it’s individual state planning, allocation, training, supply of vaccine, storage … there (are) just so many factors at this stage,” Choo said.

“We need to be prepared for the fact that it is going to be a slow rollout in many places and that it will not change our behaviors or necessarily the trajectory of the pandemic in this country in the short term,” Choo said.

With vaccines likely not widely available until the summer, experts have cautioned Americans not to let their guard down as vaccinations begin and to continue wearing masks, social distancing, avoiding crowds and gatherings, and regularly washing their hands.

Moving the goalposts for herd immunity

For vaccines to really take hold and achieve herd immunity from the virus, 70% to 85% of the population would need to achieve immunity to it, Fauci said Sunday.

Fauci acknowledged that the statement was moving the goalposts, which he had previously set at 70% to 75%. 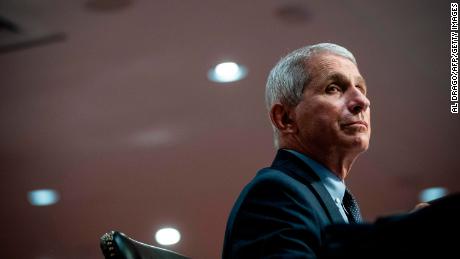 “We have to realize that we have to be humble and realize what we don’t know,” he said. “These are pure estimates and the calculations that I made, 70 to 75%, it’s a range.”

“The range is going to be somewhere between 70 and 85%,” Fauci said, adding that the reason he first started saying 70% to 75% and then bought it up to 85%, which he said is not a big leap, “was really based on calculations and pure extrapolations from measles.”

The measles vaccine is about 98% effective, Fauci said, and when below 90% of the population is vaccinated against measles, there starts to be a breakthrough against herd immunity and people start to get infected.

“So, I made a calculation that Covid-19, SARS-CoV-2, is not as nearly as transmissible as measles, measles is the most transmissible infection you can imagine,” he said. “So, I would imagine that you would need something a little bit less than the 90%, that’s where I got to the 85.”

‘We do believe the vaccine will be effective against the variant’

Though there is risk of a variant of coronavirus making its way from the UK to the US, a US official said Americans can still protect themselves with the same mitigation measures.

“We do believe the vaccine will be effective against this variant,” US Health and Human Services assistant Secretary Admiral Brett Giroir told Fox News Sunday. 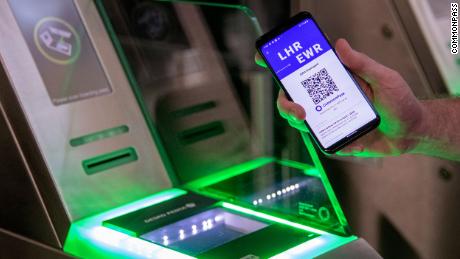 Giorir said the US has an extra layer of protection from the CDC’s announcement last week of new testing requirements for travelers arriving from the UK, which will go into effect Monday.

Passengers must have had a negative PCR or antigen test within 72 hours of boarding a flight from the UK to the US, along with documentation of their laboratory results. Airlines will be required to confirm the test prior to the flight.

“I think we’re going to be pretty safe with these, as again we roll out vaccines which are going to be highly effective against all the strains that are out there,” Giroir told Fox.

Although Fauci said it could be argued that the decision should have been made earlier, he called the testing requirement “prudent.”