The Senate voted 38-29 to give millions of women access to legal terminations under a new law supported by President Alberto Fernández. The margin was expected to be much smaller.

Massive crowds of abortion rights activists and anti-abortion campaigners gathered outside the Palace of the Argentine National Congress to await the results, which came in the early hours of the morning after an overnight debate. Supporters of the bill greeted the news with loud cheers — and, in some cases, tears of joy.

“We have been fighting for years,” Giacomelli said. “I see young people now, though I hope they never have to abort, but if they do now they can do it safely.”

Mariela Belski, executive director of Amnesty International Argentina and an ambassador for the global women’s rights movement She Decides, said: “Today, Argentina has made an emblematic step forward in defending the rights of women, girls and people with reproductive capacity.”

The law will legalize abortion in all cases up to 14 weeks of pregnancy. Abortion in Argentina, South America’s third-most populous country, is currently only permitted when a pregnancy results from rape or endangers the life or health of the woman.

In all other circumstances, abortion is illegal and punishable by up to 15 years in jail.

Belski said that the move sends “a strong message of hope to our entire continent — that we can change course against the criminalization of abortion and against clandestine abortions, which pose serious risks to the health and lives of millions of people. Both the law passed by the Argentine Congress today and the enormous effort of the women’s movement to achieve this are an inspiration to the Americas, and to the world.”

Across Latin America and the Caribbean region, only Cuba, Uruguay, French Guiana and Guyana allow for elective abortions, according to
the Center for Reproductive Rights. In Mexico City and the Mexican state of Oaxaca, abortions are also available on request, but are severely restricted throughout the rest of Mexico.

By contrast, El Salvador, the Dominican Republic, Haiti, Honduras, Nicaragua and Suriname ban abortions in nearly all circumstances. Colombia, Costa Rica, Guatemala and Panama allow for abortion only if it’s to preserve the woman’s health or help save her life.

While abortions remain largely restricted or illegal throughout the region, approximately 5.4 million abortions took place in Latin America and the Caribbean between 2015 and 2019, according to data from the
Guttmacher Institute. Its research has
found that unintended pregnancy rates are highest in countries that restrict abortion access and lowest in countries where abortion is broadly legal. 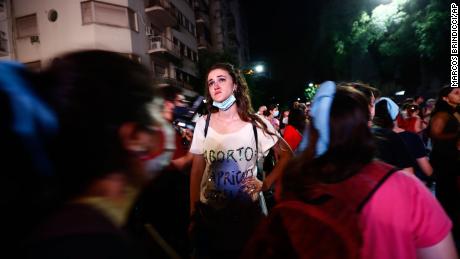 Abortion has long been a divisive issue in Argentina, and the vote galvanized activists on both sides of the debate.

Abortion rights advocates wore green handkerchiefs in a movement that became known as the green wave. Anti-abortion activists dressed in blue — the color of the “save both lives” movement, and that of the national flag.

Anti-abortion activist and student Agostina López, 20, who protested against the bill on Tuesday, told CNN ahead of the vote that it signified “a complete loss of values ​​such as respect for life and for women.”

“Without the right to life none of the other rights make sense,” López said, adding that if the law passed, it would give a “false message that the killing of innocent babies is no longer a serious (matter).” 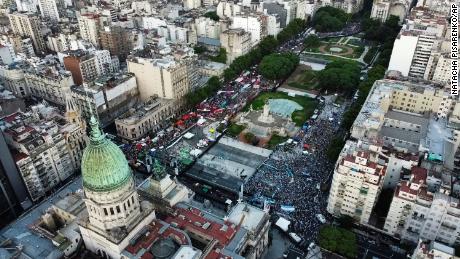 This vote isn’t the first time the issue has gone to the Senate. In 2018, during the conservative administration of former President Mauricio Macri, an attempt to legalize abortion in Argentina
passed the lower house, but was
narrowly defeated in the Senate.

Brenda Austin, one of four congresswomen who introduced the 2018 bill, said she received Wednesday’s news with “great emotion,” adding that the decision is a “historical debt that our democracy owes to the rights of women.”

In recent months, the abortion rights movement received a huge boost from the support of President Fernández, who came to power last December.

In a recorded address shortly before his inauguration, Fernández pledged to “put an end to the criminalization of abortion.”

Wearing a green tie — a symbol of the abortion rights movement — Fernández said criminalizing the procedure unfairly punishes “vulnerable and poor women,” adding they were the “the greatest victims” of Argentina’s legal system.

“The criminalization of abortion has been of no use,” he said, noting that it “has only allowed abortions to occur clandestinely in troubling numbers.”

Fernández said more than 3,000 people had died from illegal abortions since 1983. No official figures are available for how many illegal abortions take place in Argentina, but the National Health Ministry estimates that between 371,965 and 522,000 procedures are performed annually.

According to
a report from HRW, nearly 40,000 women and children in Argentina were hospitalized in 2016 as a result of unsafe, clandestine abortions or miscarriages. 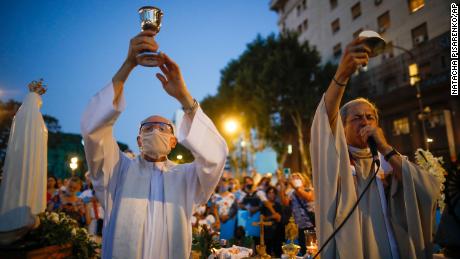 Citing National Health Ministry data, the HRW report found that 39,025 women and girls were admitted to public hospitals for health issues arising from abortions or miscarriages, and more than 6,000 were aged between 10 and 19.

Experts say the new law will allow 13- to 16-year-olds with normal pregnancies to access abortion services without a guardian. Doctors will still have the option to “conscientiously object” to performing abortions, although the law states they will have to find another doctor to do so.

The bill also uses inclusive language acknowledging that not all people who become pregnant identify as women.

Camila Fernandez, a self-identifying transgender woman, who was instrumental in the push for the bill’s language that reads “people with ability to be pregnant,” told CNN that youth and the LGBTQ community were instrumental in challenging an “adult centrist and patriarchal power that has perpetuated privileges and injustices.”

“Hand in hand with trans men and non binary people we conquered the rights that today are theirs and ours,” she said, adding that she believes the move will pave the way for additional reforms for trans people who have been historically sidelined. 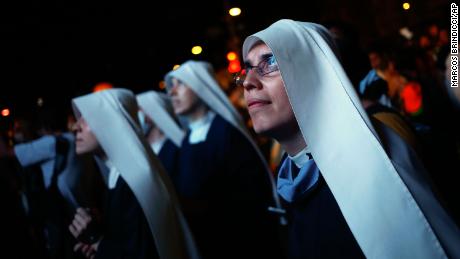 The abortion debate has created tension in a country with deep Catholic ties.

Argentina, the birthplace of Pope Francis, has seen a gradual rise in agnosticism in recent years, although 92% of Argentinians still identify as Roman Catholic,
according to the CIA.

Argentina’s constitution cements government support for the Catholic Church and recognizes Roman Catholicism as the official religion. However, a 1994 amendment removed the requirement that the president must be Catholic.

In November, Francis weighed into the debate, encouraging the anti-abortion group Mujeres de las Villas to “move forward” with their work.

In a handwritten letter addressed to congresswoman and group intermediary Victoria Morales Gorleri, Francis said “the problem of abortion is not primarily a question of religion, but of human ethics, first and foremost of any religious denomination.”

On Saturday, the Church of Argentina called on the Senate to vote against the bill, with Bishop Oscar Ojea, president of the local bishops’ conference and an outspoken opponent of abortion, saying opposition was supported by “medical science and law,”
Reuters reported.

On Wednesday, the Senate also passed a complimentary bill that will strengthen the social and economic safety net for pregnant individuals facing economic hardships who want to continue their pregnancies.