Latest News
Home /Circle Ks owners offer $20 billion for Frances biggest retailer – CNN
Canada’s
Couche-Tard
(ANCTF), the owner of Circle K, said in a statement on Wednesday that it’s offering €20 ($24.35) a share to acquire France’s biggest supermarket chain, Carrefour. The offer, which Couche-Tard expects to be mostly in cash, values Carrefour at €16.2 billion ($19.7 billion) and represents a 29% premium to its closing price on Tuesday.
It’s the latest play by a convenience store operator for a large supermarket group after
Walmart
(WMT)
offloaded Asda in October to the Issa brothers, who own gas stations and convenience stores in Europe and the United Kingdom.
Couche-Tard, which first confirmed the talks with Carrefour on Tuesday, said there was “no certainty” that the discussions would result in an agreement.
Carrefour
(CRERF) said in a statement on Wednesday that “discussions are very preliminary.” Shares in the French company surged 15% in Paris to nearly €18 ($21.92).

The potential deal is already running into resistance from the French government, however, causing the stock to lose 6% in early trade on Thursday. Finance Minister Bruno Le Maire told France 5 television late on Wednesday that he opposed a takeover of the country’s largest private employer.

“What is at stake is the food sovereignty of the French people. So from this point of view, the idea that Carrefour could be bought by a foreign competitor, on the face of it I am not in favor of this operation,” he said, adding that the government has the power to block the transaction.

Couche-Tard is the largest convenience store operator in Canada, according to its website. It employs 109,000 people in North America, where it has more than 9,000 convenience stores, most of which are attached to fuel stations.

The deal would dramatically expand Couche-Tard’s presence in Europe, where it already has 2,700 outlets, including fuel stations, in countries such as Poland, Russia and Sweden. The two groups are jointly worth more than $50 billion. 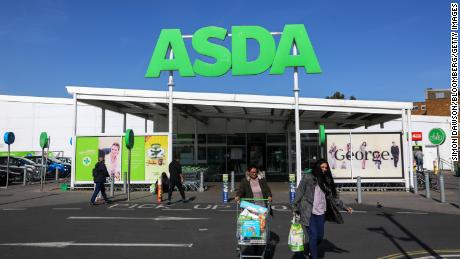 Carrefour is France’s largest retailer and the third largest grocery chain in Europe by market share, trailing only Aldi and the owner of Lidl, according to Euromonitor. It has more than 10,000 convenience stores, supermarkets and hypermarkets across Europe. It also has a presence in Asia and South America.

The group performed well during the pandemic, posting its best sales performance in at least two decades in the third quarter as it grew e-commerce sales and opened more convenience stores.

Although the smaller format still accounts for less than 10% of sales, it is “very successful” with Carrefour customers, according to the company’s website, which said it wants to open an additional 3,000 of these stores by 2022 from around 7,000 currently.

Stay-at-home orders during the pandemic may have something to do with the growing popularity of convenience stores, which give shoppers easy access to essentials.

Analysts have raised questions over the merits of a potential tie-up between Couche-Tard and Carrefour. Clive Black, head of research at Shore Capital, said that the rationale would need to be explained for “a deal of this magnitude.” Carrefour has a market value of about €14.4 billion ($17.5 billion).

“Forecourts and convenience stores are exceptionally highly valued at the minute and are using their balance sheets to diversify,” Black added.

While size matters in food retail, the differences in geography and format between the two groups would mean limited synergies from a potential merger, according to Bank of America Merrill Lynch analysts Xavier Le Mené and Virginia Montorsi.

“We are unsure about the value creation potential here, except if Couche-Tard was to offer a significant premium to Carrefour shareholders,” they wrote in a research note on Wednesday. Carrefour’s shareholders include Groupe Arnault, the investment vehicle of
LVMH
(LVMHF) chairman Bernard Arnault, which holds a 5.1% stake in the company.
With a long track record of acquisitions, Couche-Tard lost out on a bid last year to acquire the Speedway chain of gas stations from
Marathon Petroleum
(MPC), said Black. Marathon Petroleum
sold Speedway to Japan’s
Seven & i Holdings
(SVNDF), which owns 7-Eleven, for $21 billion in August.