Latest News
Home /Why Do 18 Episodes of The Muppet Show Come With a Content Warning on Disney+? – Vulture 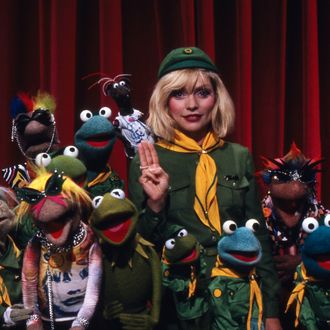 All five seasons of Jim Henson’s The Muppet Show took the Disney+ stage on Friday, and viewers young and old quickly spotted a content warning in front of 18 of the series’s episodes. “This program includes negative depictions and/or mistreatment of people or cultures. These stereotypes were wrong then and are wrong now,” the disclaimer reads. “Rather than remove this content, we want to acknowledge its harmful impact, learn from it, and spark conversation to create a more inclusive future together.”

While the streaming platform doesn’t specify which “negative depictions” each episode has been flagged for, a cursory spin through The Muppet Show’s run, which aired between 1976 and 1981, reveals Johnny Cash performing in front of a Confederate flag, Jonathan Winters impersonating a Native American chant while wearing a headdress, and a subplot in which Arab Muppets drill for oil in Kenny Roger’s dressing room, among other, similarly dated stereotypes.

Interestingly, as Entertainment Weekly points, two of the show’s 120 episodes are currently absent from Disney+ all together: those hosted by Brooke Shields and Muppet Show writer Chris Langham. While segments have been edited from various episodes due to issues around music rights, EW attributes the Langham episode’s absence to his 2007 conviction for the possession of child pornography.

The state of the Bernie-Biden…