Latest News
Home /Seattle Mariners president steps down after comments surface in which he disparaged baseball players – CNN
The Seattle Times was the first to report details of Mather’s comments, which were made February 5 to the Bellevue Breakfast Rotary Club in Washington. The rotary club released a roughly 45-minute video of Mather’s comments on its YouTube page, which has since been deleted, according to MLB.com.

Mather spoke about foreign-born players’ ability to speak English, the team’s player personnel decisions and financial situation and about tactics the team used to limit young prospects’ service time — a maneuver that allows the team to retain control over the player for longer.

Stanton said he was “extremely disappointed” when he learned of Mather’s comments to the Rotary Club.

On Sunday night,
Mather issued an apology for his words, according to MLB.com. CNN has been unable to reach Mather for comment.

“I want to apologize to every member of the Seattle Mariners organization, especially our players and to our fans,” Mather said, per MLB.com. “There is no excuse for my behavior, and I take full responsibility for my terrible lapse in judgement (sic).”

Mather has been part of the Mariners organization since 1996 when he joined the team as its executive vice president of finance and ballpark operations,
according to MLB. He held the post until 2014, when he was promoted to team president. Three years later in 2017, Mather took over as president and CEO.

Mariners’ prospect Julio Rodriguez — whose English-speaking skills Mather criticized —
posted a meme on social media indicating that he took that comment personally. Mather also opined that Mariners All-Star third baseman Kyle Seager was overpaid, prompting
Seager’s wife Julie to ask on Twitter if the family should put their house up for sale.

In the team’s statement announcing Mather’s resignation, Stanton said “[Mather’s] comments were inappropriate and do not represent our organization’s feelings about our players, staff, and fans.”

“There is no excuse for what was said, and I won’t try to make one,” Stanton added. “I offer my sincere apology on behalf of the club and my partners to our players and fans. We must be, and do, better.”

Stanton will assume the role of acting team president and CEO until a successor is announced.

The MLB Players Association was also highly critical of Mather’s comments. In a statement, the MLBPA called the Mather video “a highly disturbing yet critically important window into how players are genuinely viewed by management” and said the comments provided “an unfiltered look into Club thinking.”

“It is offensive, and it is not surprising that fans and others around the game are offended as well,” the MLBPA’s statement read.

This is not the first time that Mather has had to apologize for his actions while employed as a Mariners executive. In 2018, he apologized after it came to light that two female team employees complained of inappropriate language and actions from Mather between 2009 and 2010, while Mather served as the team’s executive vice president.

“Throughout my career, I’ve tried to treat people with respect and professionalism,” Mather said in 2018. “As I was coming up through the ranks, I thought I needed to be a hard-driving manager, but I came to realize that I sometimes came across as intimidating or even mean. I also participated in banter and was at times overly familiar, in ways that I came to realize were inappropriate in the workplace. 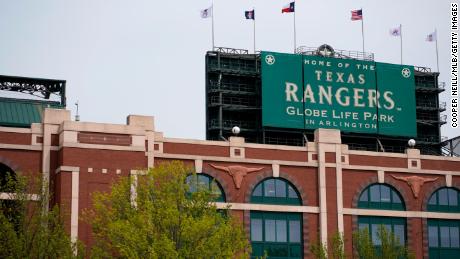 “At the time, I didn’t recognize how my actions were affecting the people around me. I am truly sorry for the people I hurt and how I came across. It was a humbling experience, and I’ve tried to learn from my mistakes. I take full responsibility for my actions, and I was grateful for the opportunity to change my behavior and the management training I received. I’ve worked to become a better co-worker, a better leader, and a better person.”

The Mariners said at the time that after an investigation into the allegations against Mather, the organization “imposed appropriate discipline, management and sensitivity training, and other corrective actions.”

The Mariners also revealed that the team had “made amends” to the female employees involved.

“Kevin learned from the experience and has since been an outstanding manager and executive,” Stanton said via a statement in 2018. “The Mariners owners took this into consideration, as well as Kevin’s nearly 20 year work history and performance, when considering him for promotion to president in 2014 and to CEO last year. We would not have promoted Kevin if we had any doubt about his ability to lead and to meet our high standards.”

2 hours ago Poll: Where…

The Bachelor: Emmanuel Acho to…

The Golden Trump Statue Is…

How to watch the Golden…