The push by liberal Democrats to enact President Joe Biden’s sweeping agenda is running into problems beyond just Sen. Joe Manchin: A handful of Democrats are not falling in line and could limit the scope of the party’s ambitions on an array of critical issues.

Some Senate Democrats like Sen. Jon Tester of Montana are not yet sold on the House-passed bills to expand background checks on gun sales. Eight Democrats are resisting calls to raise the federal minimum wage to $15 an hour.

And it’s more than just Manchin and Arizona Sen. Kyrsten Sinema who are opposed to changing Senate rules so a filibuster can be defeated by 51 votes, rather than 60: The two New Hampshire Democratic senators are resisting those calls as well, in addition to several others who are not yet persuaded that such a change is necessary.

“No,” Sen. Jeanne Shaheen, a New Hampshire Democrat, told CNN when asked if she would support eliminating the 60-vote threshold. “I think we should look at ways to reform the filibuster, but I don’t think getting rid of it is the best approach.”

New Hampshire’s junior Democratic senator, Maggie Hassan, who faces a tough reelection bid next year, also has “concerns about eliminating the filibuster,” a spokesperson said, though backs some reforms.

What that means: Democratic ambitions to pass landmark legislation like an expansion of voting access and a major immigration bill will either fall by the wayside – or will have to be pared back substantially to win the support of at least 10 GOP senators. And any compromise would have to pass muster in the House, where progressives remain a dominant force. 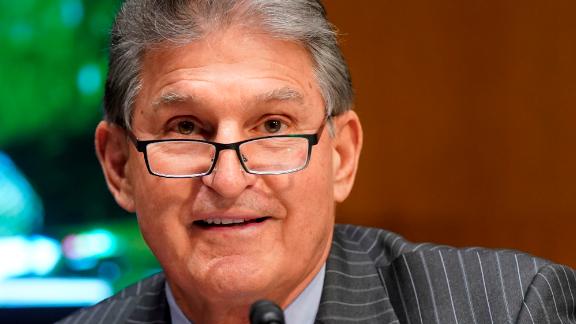 Manchin, a conservative West Virginia Democrat, told CNN repeatedly in an interview that “no,” he will not cave to pressure to gut the 60-vote threshold, even if Republicans block a voting rights bill. Democrats had hoped that a likely GOP filibuster on their party’s bill to expand voting access and overhaul the elections would be enough to convince Manchin and others to do away with the filibuster’s 60-vote threshold – given the onslaught of Republican-led efforts on the state level to impose new restrictions.

But Manchin made clear that a Republican blockade of a voting bill won’t change his mind.

“No, it will not, no, no,” said Manchin, who also wants changes to his party’s election bill, S.1., before considering supporting it. “They are reading that totally wrong.”

Manchin added he won’t give up trying to cut deals with Republicans, even as many of his colleagues see little chance that the GOP will try to advance Biden’s goals and see now as the best opportunity to pass Democrats’ agenda with the prospects of a Republican takeover in the 2022 midterms very real.

“Here’s the thing I will say to all my colleagues: When’s the last time you had dinner with one of them? … So don’t start telling me about, ‘Oh, you give up’ … If I give up on that, I give up on humanity,” Manchin said.

After passing a major $1.9 trillion relief bill on the support of just Democrats, the next major test will whether Democrats can do the same on a $3 trillion infrastructure and tax-and-spending package that the White House wants to move in the months ahead.

Democratic leaders are looking at splitting up the bill into several parts in the House. And if Republicans filibuster those plans in the Senate, they are considering tying it all together in one budget package that cannot be filibustered under the rules of the chamber, a process similar that led to the enactment of the Covid plan.

Keeping Democratic unity through that process, however, remains another question. And the White House will need all 50 Democrats on board to pass such a proposal, assuming Republicans vote in opposition.

Yet even if the filibuster were gutted, the Biden administration’s challenges wouldn’t end there.

Democratic divisions – at times – would be even more apparent without Democrats’ ability to blame Republicans for standing in their way. With a 50-50 Senate, Majority Leader Chuck Schumer’s Senate majority would still be razor thin and every piece of legislation would require complete unity on the part of the Democratic caucus. And Manchin isn’t the only one who could be a liability.

On the issue of guns, there are still challenges to get every Democrat to back the House-passed bill to expand background checks on both commercial sales as well as private transfers, including to family members. The bill that Manchin tried to advance in 2013, along with GOP Sen. Pat Toomey of Pennsylvania, would only apply to commercial sales and require background checks when firearms are purchased over the Internet and at gun shows.

The broader House bill has caused some concerns among some more moderate Senate Democrats, beyond just Manchin, who opposes the two Democratic bills.

“I mean, look, I’m from Montana. I’ve got more than I need and fewer than I want, but background checks are important,” Tester said. “I do believe that. But you can go too far on that ship pretty fast too.”

“I’d have to see,” Sen. Gary Peters, a Democrat from Michigan said when asked if he’d back the House-passed bills. “I have always supported comprehensive background checks. We have to make sure it is comprehensive… I will have to look at the details of it.”

Sen. Chris Murphy, a longtime proponent of stricter gun laws, is mapping out his party’s strategy along with Schumer and Sen. Richard Blumenthal, a fellow Connecticut Democrat. He says that the divide with Republicans – who are battling any restrictions on guns, even in the wake of more mass shootings – is far greater than among Democrats. But Murphy acknowledges more work needs to be done to unify his caucus behind the House Democrats’ approach.

“Joe and I have a great personal and working relationship, but he is not the only one that is going to have changes to HR 8 that they want to entertain,” Murphy said, referring to Manchin.

Yet the Democratic divisions expand beyond just guns.

Despite overwhelming support in the House for raising the minimum wage to $15 an hour, there were eight Senate Democrats who voted against moving ahead on the provision in February.

And during a closed-door meeting with their leadership Tuesday, Democratic senators didn’t come to a consensus about how to move forward. Some senators have pushed for raising the minimum wage to just $11 an hour, others have voiced concerns with requiring a $15 minimum wage for tipped workers. Some have argued that a regional minimum wage would make more sense, an idea rejected by progressives.

Sen. Tom Carper, a Delaware Democrat who voted against the minimum wage increase in February, said he’s not opposed to some changes to the minimum wage, but that he believes the economy has to recover first.

“There were eight of us who weren’t comfortable,” Carper said. “Right now we are in the worst economic recession since the Great Depression and we may want to wait just a little later into the year. I want us to be careful we don’t have unintended consequences.”

Right now, the filibuster – while it slows down the progressive agenda– shields Democratic leaders from having to immediately contend with a caucus that isn’t always in lockstep. Without moderates like Manchin, the party would have a hard time keeping a seat in a state that Biden lost overwhelmingly last year. And with those members, the job of pushing through a liberal agenda gets harder.

“We’re a big tent party,” Peters said. “We wouldn’t be in the majority if Sen. Manchin weren’t in the caucus.”

CNN’s Sarah Fortinsky and Ted Barrett contributed to this report.