The accuser, 55-year-old Sherry Vill, said Cuomo grabbed her face and kissed her cheeks in front of her home in 2017.

NYC ACTIVISTS TURN UP THE PRESSURE FOR CUOMO’S OUSTER

“I know the difference between an innocent gesture and a sexual one,” Vill said during a virtual press conference. “I never felt as uncomfortable as I did the day Governor Cuomo came to my house. His actions were very overly sexual, highly inappropriate and disrespectful to me and my family.”

Vill said Cuomo told her she was beautiful and acted in a “highly flirtatious and inappropriate manner.”

Vill was married at the time of the alleged incident, her attorney Gloria Allred said. Cuomo visited Vill’s home in Greece, N.Y., to survey flood damage. 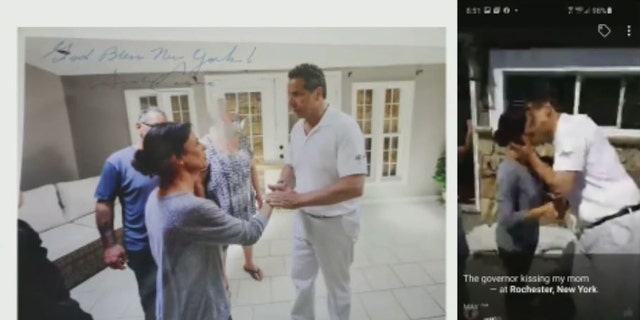 “For years she wanted to report what Governor Cuomo did to her, but some members of her family discouraged her from filing a complaint, because they wanted to protect her and feared that if she made what happened to her public that the Governor might use his power to retaliate against her and her family,” Allred said.

“After our press conference today, we plan to contact the New York Attorney General’s office in order to inform them that Sherry is willing to cooperate in the investigation that is currently being conducted into numerous allegations of sexual harassment by the Governor,” she continued.

Allred also showed what appeared to be an image of Cuomo smooching Vill captured that day in 2017.

Cuomo faces a growing number of sexual harassment allegations starting with former aide Lindsay Boylan, who alleged that the governor attempted to kiss her in his office, which he has denied.

Cuomo has said he never touched anyone inappropriately and apologized to anyone he made feel uncomfortable in the workplace. New York attorney general Letitia James is investigating the sexual harassment allegations against Cuomo. 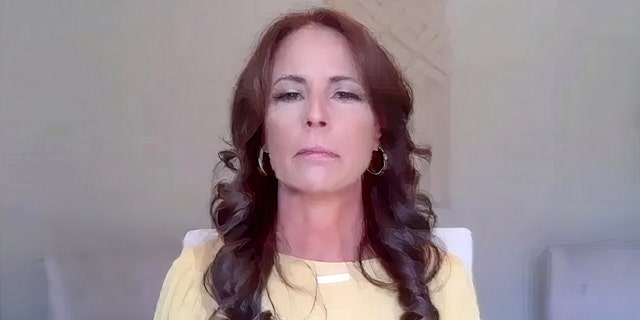 Sherry Vill (pictured) appeared in a virtual news conference with her attorney Gloria Allred on Monday, March 29. Vill accuses Gov. Cuomo of grabbing her face and kissing her in front of her home in 2017.

Allred is a high-profile, self-proclaimed feminist lawyer whose clients have included accusers of Jeffrey Epstein and Harvey Weinstein.

This is a developing story. Check back for updates.