Latest News
Home /Yes, ‘Minecraft’ is cross-platform — here’s how to play with your friends on any system

Over the past few years, “Minecraft” has developed a great multiplayer mode. Best of all, this multiplayer mode has cross-platform (or crossplay) functionality, meaning that it doesn’t matter what system you play “Minecraft” on — you can play with friends on any system.

‘Minecraft Java’ vs. ‘Bedrock:’ A full breakdown of Minecraft’s two major versions and which one you should buy

Just note that there are two different versions of “Minecraft,” and each one of them does crossplay a bit differently. The biggest thing to remember is that you can play “Minecraft” with anyone who owns the same version as you.

If you want to play with your friends, here’s what you need to know about how “Minecraft” supports cross-platform gaming.

Quick tip: Be aware that you may not see the word “Bedrock” when you buy a copy of “Minecraft” for your console — the subtitle is generally omitted in the marketing. On PCs, for example, it’s often called just “Minecraft for Windows 10.”

How to do crossplay in ‘Minecraft: Bedrock Edition’

To play cross-platform you simply need to add and invite your friends to your world. Here’s how:

Note that some worlds in “Bedrock” can’t be played with users on other platforms. This is because each console has exclusive content that’s only available on that specific console.

For instance, on the Nintendo Switch, you can’t share the “Mario Mash-Up” world template with friends on other platforms. You can only share it with other Switch users. 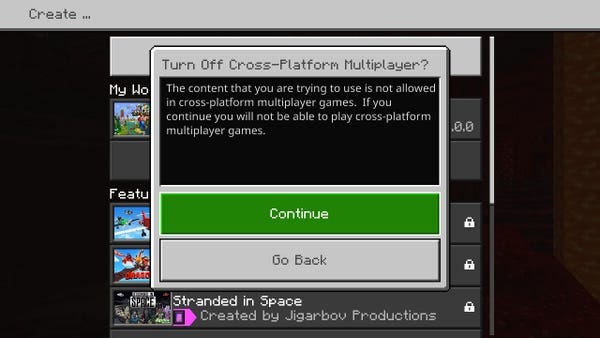 Not every Minecraft world can be shared across systems.
Emma Witman/Insider

“Minecraft: Java Edition” is the original version of “Minecraft,” and while it’s not playable on consoles, it’s the only version available for Mac and Linux users.

“Java” users can play with other “Java” players, regardless of whether they’re running the game on a Windows, Linux, or Apple operating system.

Playing multiplayer with “Java” is a little more complicated than “Bedrock,” but not difficult once you’re familiarized. These are a few of your options: 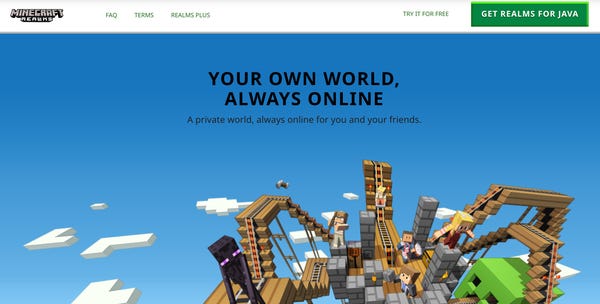 Minecraft Realms is a service where Mojang will build a world and server for you.
Mojang