President Biden on Tuesday nominated Judge Zahid N. Quraishi to be a federal judge on the U.S. District Court for the District of New Jersey, a move that would make the Army veteran the first-ever lifetime-appointed Muslim federal judge if confirmed.

“This trailblazing slate of nominees draws from the very best and brightest minds of the American legal profession,” the White House said in a statement Tuesday about a list that also included 10 other nominees. “Each is deeply qualified and prepared to deliver justice faithfully under our Constitution and impartially to the American people — and together they represent the broad diversity of background, experience, and perspective that makes our nation strong.”

Quraishi was appointed in 2019 to be a magistrate judge in the District of New Jersey by the judges he now seeks to join on the bench. A magistrate judge is not technically considered a member of the federal bench the same way a district court or circuit judge is because the position is not outlined in the Constitution’s Article III and magistrate judges are not appointed by the president. 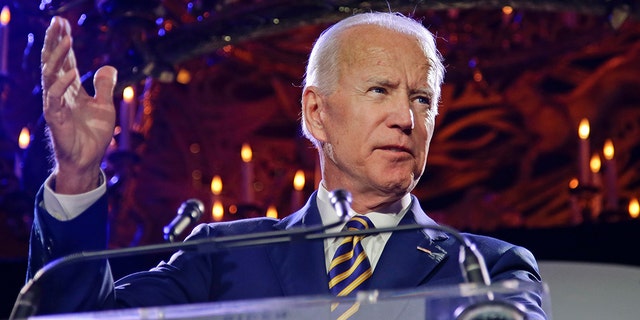 Magistrate judges are assigned by statute to oversee some matters and may also be delegated tasks by bona fide district judges.

Quraishi, who is of Pakistani descent, got his law degree from Rutgers Law School, where he currently serves as an adjunct professor.

Quraishi was a military prosecutor with the JAG Corps during his time in the Army and did deployments in Iraq in 2004 and 2006, according to his Rutgers bio page. He later worked with the Department of Homeland Security then served as a federal prosecutor in the District of New Jersey.

The Biden nominee has also received several honors for his work, according to his Rutgers bio, including the 2019 New Jersey Muslim Lawyers Association Trailblazer of the Year Award.

Just before his magistrate judge appointment, Quraishi worked in white collar private practice at the law firm Riker Danzig, according to Rutgers, where he was also the chief diversity officer.

“The first Muslim-American who was nominated to serve on the federal bench was denied that opportunity to serve and that was Abid Qureshi,” said Lena Zwarensteyn, the fair courts campaign senior director at the liberal Leadership Conference for Civil and Human Rights. Qureshi was nominated in late 2016, just months before former President Barack Obama left office.

“It is certainly time that there is much more representation in terms of various faiths or even no faith on the bench,” Zwarensteyn said.

There are no hearings or votes scheduled for Quarishi or any of Biden’s other nominees in the Senate, and it is not clear how fast the Senate Judiciary Committee will move forward with the nominations.

“The Senate will work quickly to confirm President Biden’s superb and accomplished judicial picks,” Senate Majority Leader Chuck Schumer, D-N.Y., said in a statement Tuesday. “America is so much better when our rich diversity is reflected in every aspect of society, especially our justice system. We will have hearings and confirm judges to fill the growing number of vacancies on the federal bench and significantly mitigate the influence of Donald Trump’s unqualified, right-wing judges.”

But Judiciary Committee Ranking Member Chuck Grassley, R-Iowa, aimed to pump the brakes on speeding the nominees through committee — while also leaving open the possibility that Republicans could back some Biden’s judiciary picks.

“The Judiciary Committee must evaluate each nominee on his or her merits and qualifications. The committee should give them a hard look to see if they have the experience, the temperament, and the commitment to the Constitution necessary to be a federal judge,” Grassley said. “We should neither be a rubber stamp, nor should we oppose nominees as a matter of course, as many Democrats did during the Trump administration.”

“The left’s dark money network demanded judges who would rubber stamp their radical political agenda, and Biden is delivering,” she said in a separate statement to Fox News.

Trump also saw three of his Supreme Court nominees confirmed, more than any president — including those who served two terms — since former President Ronald Reagan.