On Monday, the S&P 500 slipped 0.1% to 3,971.09, recovering most of a 0.8% slide earlier in the day. Banks had some of the sharpest losses, while technology stocks also fell broadly as China announced more tax breaks to bolster its own chip sector.

Many are betting that a supercharged economic recovery is on the way thanks to COVID-19 vaccinations, immense spending by the U.S. government and continued low rates from the Federal Reserve. But that brings worries about rising inflation and possibly too-ebullient prices across the market.

Fresh economic reports this week could help show whether stocks deserve the lofty prices they’ve reached. Among the headliners is Friday’s jobs report, which economists expect to reflect a big acceleration in hiring. 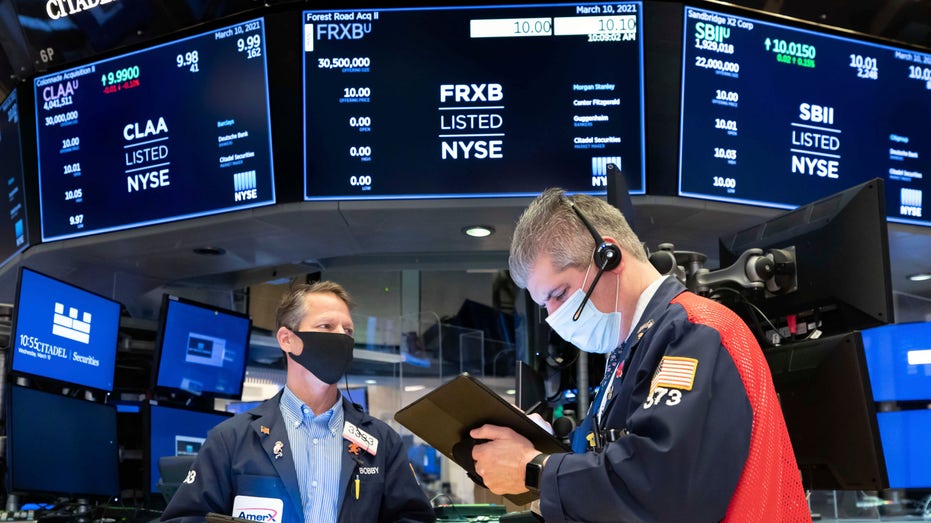 On Wednesday, President Joe Biden will also give details about his proposals for rebuilding roads, bridges and other infrastructure. Shares of raw-material producers have rallied recently on expectations of heavier spending on such projects even though many past presidential administrations have failed to make it happen.

Among the winners on Wall Street was Boeing, which rose 2.3% after Southwest Airlines said it will order 100 737 MAX airplanes. Regulators in the United States and other countries have cleared the plane model to resume flying, after it was grounded worldwide in 2019 after two crashes that killed 346 people.

Meanwhile, Asian shares were mostly higher on Tuesday as investors focused on causes for optimism despite a weak close on Wall Street.

One cause for market optimism was the reopening of the Suez Canal, one of the world’s most vital waterways, after a stuck cargo ship was freed. At least 113 of over 420 vessels that had waited for the Ever Given to be freed were expected to cross the canal by Tuesday morning Egypt time.

Fully clearing the backlog of delayed ships is expected to take at least another 10 days.

Shares in Nomura Holdings declined further after a 16.3% plunge on Monday. But they recouped some of their morning losses to end down 0.6% in Tokyo trading.

On Monday, Nomura and Swiss bank Credit Suisse said they’re facing potentially significant losses because of their dealings with a major client, though the exact magnitude is still unclear. Nomura estimated the claim against its client could be about $2 billion.

Credit Suisse said that it “and a number of other banks” are exiting trades they made with a significant U.S.-based hedge fund, which defaulted on a “margin call” last week. A margin call happens when a broker tells a client to put up cash after it borrowed money to make trades. News reports identified the client as New York-based Archegos Capital Management.

U.S. banks got caught in the downdraft as investors questioned whether the soured trades will be isolated or the effects will expand.

Hopes for economic recovery have been growing as the vaccine rollout moves along in parts of Europe as well as the U.S., with reports the shots are proving effective in preventing serious illnesses. Developing economies were also getting the vaccine.

Japan was one exception, having among the slowest vaccine rollouts in Asia, with fewer than 1% of its population, nearly all of them medical workers, having been inoculated so far. The general public might not get the vaccine until the end of the year.

In Japan and elsewhere, worries are also growing about people giving up on social distancing measures too early, as they get vaccinated, leading to further waves of infections.