Latest News
Home /Almost 19000 Migrant Children Stopped At U.S. Border in March, Most Ever In A Month – NPR The administration has struggled to house young migrants at Customs and Border Protection facilities like this one in Donna, Texas. 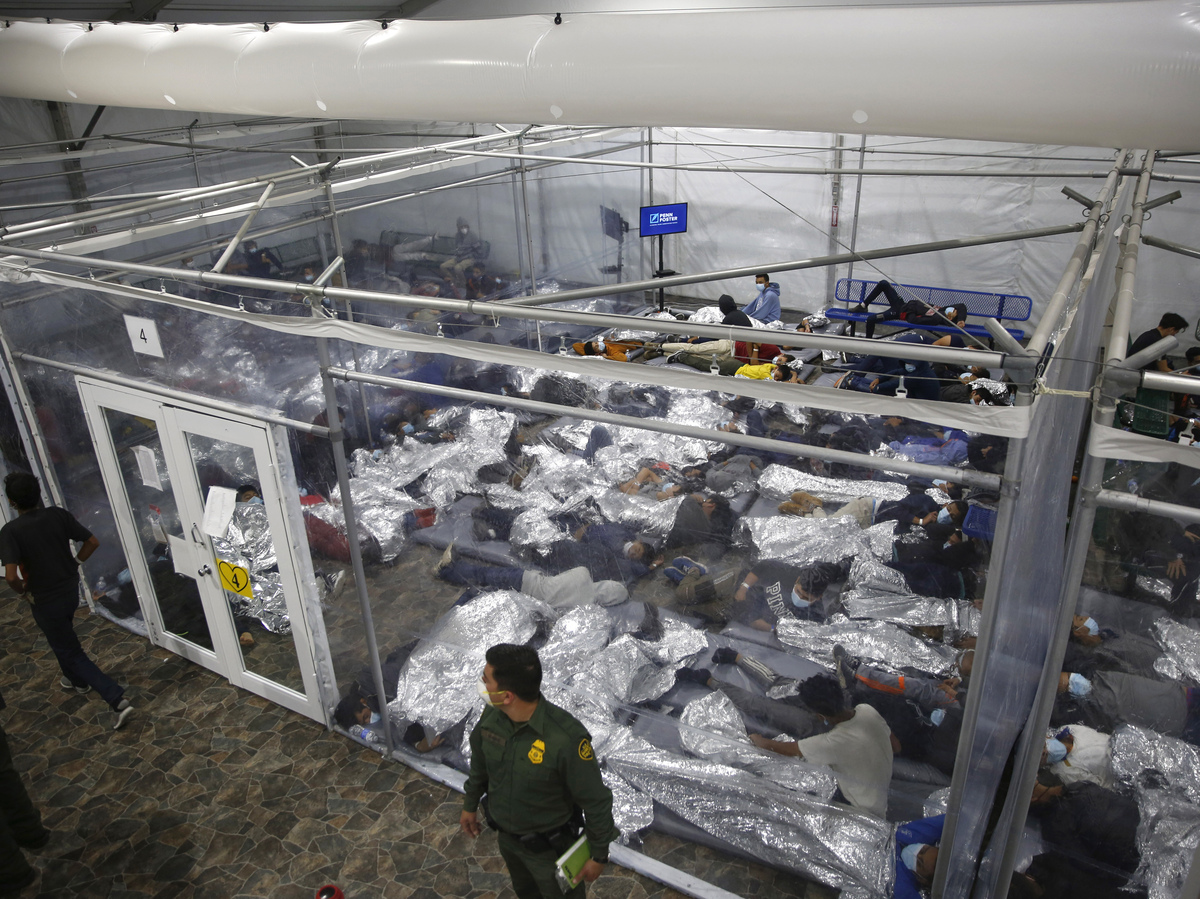 The administration has struggled to house young migrants at Customs and Border Protection facilities like this one in Donna, Texas.

The number of migrants encountered at the U.S.-Mexico border in March was the most in at least 15 years, as agents for U.S. Customs and Border Protection apprehended nearly 172,000 people, according to Biden administration officials.

This included nearly 19,000 children and teenagers traveling without a parent — double the levels from February and the most ever in a single month.

The overall surge in March — a 71% spike over February’s figures — illustrates the scope of the ongoing challenge President Biden faces as he seeks to enforce the border while overhauling the nation’s asylum rules.

“The levels of flows pose a challenge to Border Patrol, but the high level of recidivism means that we can’t look at those flows as individual people. It’s often the same people coming back through,” an official told reporters.

The administration has been struggling to handle the influx of children, who are not being turned away at the border. Facilities run by CBP are not designed to house children and teens. In March, there was progress, officials said. By the end of the month, an average of 507 children a day were being transferred out of CBP facilities, up from 276 per day a month earlier.

“We are moving in the right direction, but we know we know we have a lot of work ahead,” the official said, noting the administration has increased the number of emergency shelter beds.