Latest News
Home /Flush With Cash, Americans Are Buying Everything From iPhones To Teslas – NPR Pedestrians carry shopping bags as they walk through the Union Square shopping district on April 15 in San Francisco. Data on Friday showed personal income jumped 21.1% last month, in what was the largest increase on record. 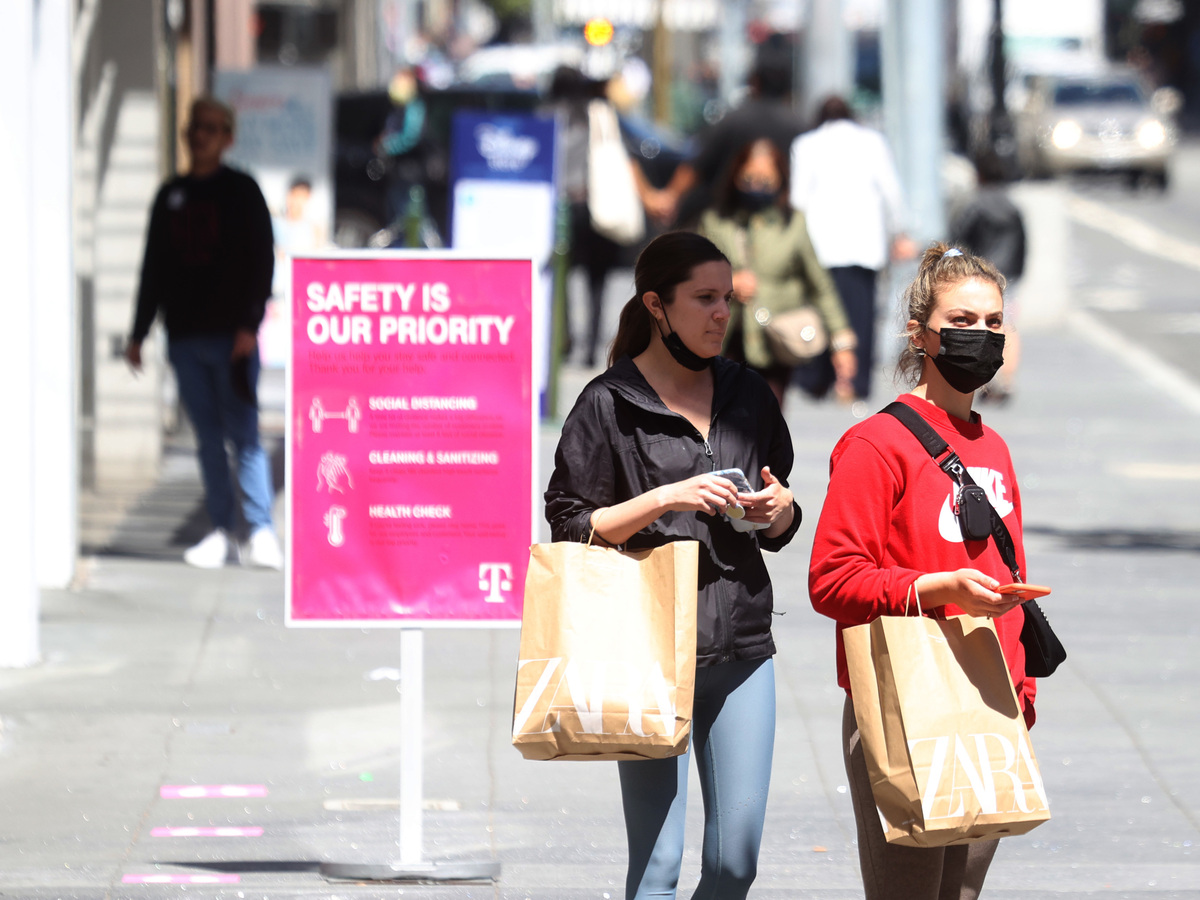 Pedestrians carry shopping bags as they walk through the Union Square shopping district on April 15 in San Francisco. Data on Friday showed personal income jumped 21.1% last month, in what was the largest increase on record.

From iPads to dresses, Americans flush with cash are stepping up their spending, helping turbo-charge the U.S. economy.

The Commerce Department reported Friday that personal income jumped 21.1% in March — the largest increase on record as the government sent out $1,400 relief payments as part of the $1.9 trillion coronavirus rescue effort.

Personal spending also jumped by 4.2%. The stimulus checks arrived at a time of rising hope as coronavirus vaccines continue to roll out.

And spending is also increasing from wealthier Americans, even as many continued to squirrel money away towards their savings.

“There was a very quick money burning a hole in their pocket among lower-income groups. But now we’re seeing higher-income groups also spending,” said Jonathan Silver, CEO of Affinity Solutions, which tracks credit card spending. “People were just saying, ‘Hey, we’re about to go outside. We see a sort of sense of normalcy, so I need to refresh my wardrobe.”

For now, spending continues to be focused on physical objects.

That is being reflected in a recent spate of earnings. Apple reported this week revenues surged 54% as demand for company devices such as iPhones and iPads remained strong, while Tesla posted record earnings.

By comparison, spending on services rose by a more modest 2.2%. But that is soon expected to change.

Throughout the pandemic, consumption has been unusually tilted towards goods — many of which can be delivered — while in-person services such as travel and entertainment have suffered.

But forecasters expect that balance to shift in the months to come, as more people get vaccinated and feel more comfortable getting on airplanes or going to concerts or ballgames.

“As we pivot from our goods consumption into services, you’ll also see surge pricing in everything from airfares to hotel rooms. And you may have more people eating out than you did in the past,” said chief economist Diane Swonk of Grant Thornton.

Still, not everybody spent all of their additional income last month. Much of the money was socked away, with the data on Friday showing the personal savings rate nearly doubled to 27.6%.

Those savings, along with other cash that Americans have stockpiled during the past year while not eating out or vacationing, could end up financing many more months of robust spending.

That suggests the rapid economic growth the U.S. enjoyed during the first three months of the year will continue, even in the absence of additional relief payments.