People wait in line to vote in Texas’s Tarrant County in October 2020. Voters in the state’s 6th Congressional District are casting ballots in a special election that concludes Saturday. 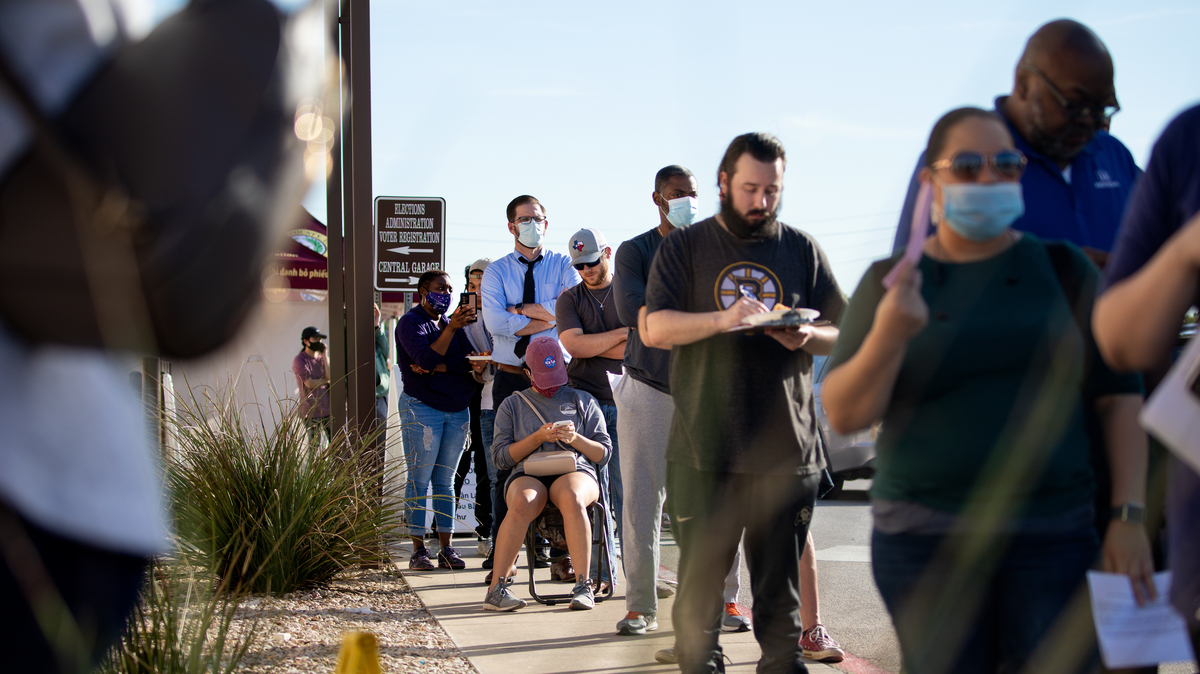 People wait in line to vote in Texas’s Tarrant County in October 2020. Voters in the state’s 6th Congressional District are casting ballots in a special election that concludes Saturday.

Texans around Dallas will go to the polls on Saturday to fill the seat of the late Rep. Ron Wright, deciding between a field of 23 candidates — including Wright’s widow — to replace the Republican in the state’s 6th Congressional District.

Wright, a second-term congressman, died in February after being diagnosed with the coronavirus. He was the first sitting member of Congress to have died of the virus.

Now, the race to fill his seat has become one of the year’s most closely watched contests, representing the changing demographics of many suburban congressional districts in the South, and the influence of former President Donald Trump.

Recent polls show Susan Wright, wife of the late congressman, narrowly leading the pack. But neither she nor the next leading candidate, Democrat Jana Lynne Sanchez, appear set to capture the majority of votes required to win the seat outright.

If no candidate receives more than 50% of the vote, the top two vote-getters will go head-to-head in a runoff.

Trump has endorsed Wright in the race, giving her a much-desired boost among conservatives. But the district has trended more blue in recent years.

Last year, according to Ballotpedia, Trump won the district by just 3 percentage points as Ron Wright won it by 9 points.

While Susan Wright and other Republicans are tying themselves to the former president, the field also includes an anti-Trump GOP candidate, Michael Wood.

Wright on Friday reached out to federal law enforcement after her campaign learned of robocalls baselessly alleging she had killed her husband. “There’s not a sewer too deep that some politicians won’t plumb,” she said in a statement.