Wreckage from a capsized boat washes ashore at Cabrillo National Monument near where a boat capsized off the San Diego coast Sunday. Authorities say three people were killed and two dozen others injured. 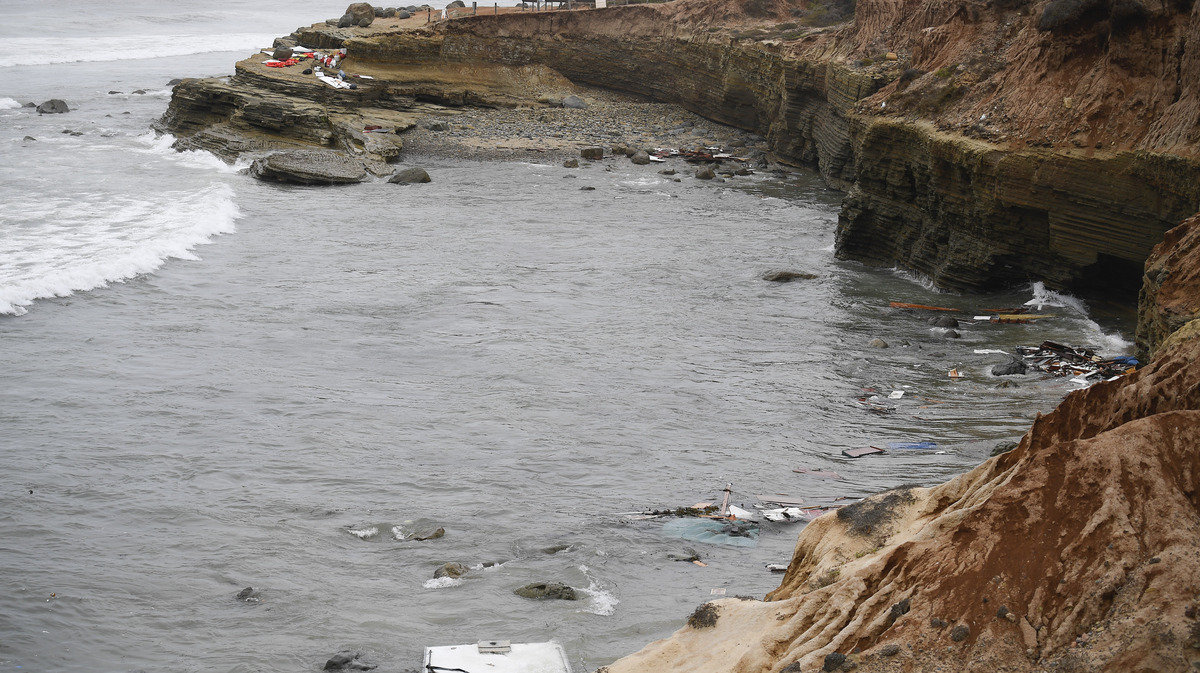 Wreckage from a capsized boat washes ashore at Cabrillo National Monument near where a boat capsized off the San Diego coast Sunday. Authorities say three people were killed and two dozen others injured.

At least three people are dead and dozens injured after a suspected human smuggling boat capsized and split into pieces off the coast of San Diego on Sunday.

In a Sunday news conference, authorities said the boat broke apart after colliding with a reef. Officials said it had 30 people packed on board.

“It’s a tragic event,” said the city’s lifeguard chief, James Gartland, adding that it’s probably one of the worst tragedies he’s seen in his 26-year career.

The San Diego Fire-Rescue Department, local lifeguards, the U.S. Coast Guard, the Border Patrol and other agencies responded to reports of an overturned vessel near the peninsula of Point Loma Sunday morning, close to the shoreline surrounding the Cabrillo National Monument in San Diego.

SDFD said that 27 people were rescued and taken to hospitals for treatment, while three people did not survive.

Photos taken at the scene of the boat incident today. 40’ cabin cruiser broke up along the rocks inside the surf line. The @SDLifeguards cliff rescue veh was used to extricate one patient up to street level. pic.twitter.com/lQ54UdBWBG

Authorities said they assume the journey was “illegal migration.”

“Every indication from our perspective is that this was a smuggling vessel,” said Jeff Stephenson, supervisory Border Patrol agent, who said the boat was “severely overcrowded.”

The person believed to be operating the boat, a suspected smuggler, is in custody now, officials said.

The Coast Guard continues to do a cursory search for more survivors.

Border Patrol agent Stephenson said there’s been a steady increase in maritime apprehensions this year. Between October 2019 and September 2020, the number of those apprehensions jumped by 92% — about 1,200 more than the previous fiscal year.

He believes the boat was attempting to blend in with commercial vessels.

The ages and nationalities of those aboard the boat are currently unknown, authorities said.