Police officers walk near a fire burning in the street during May Day protests in Paris on Saturday. 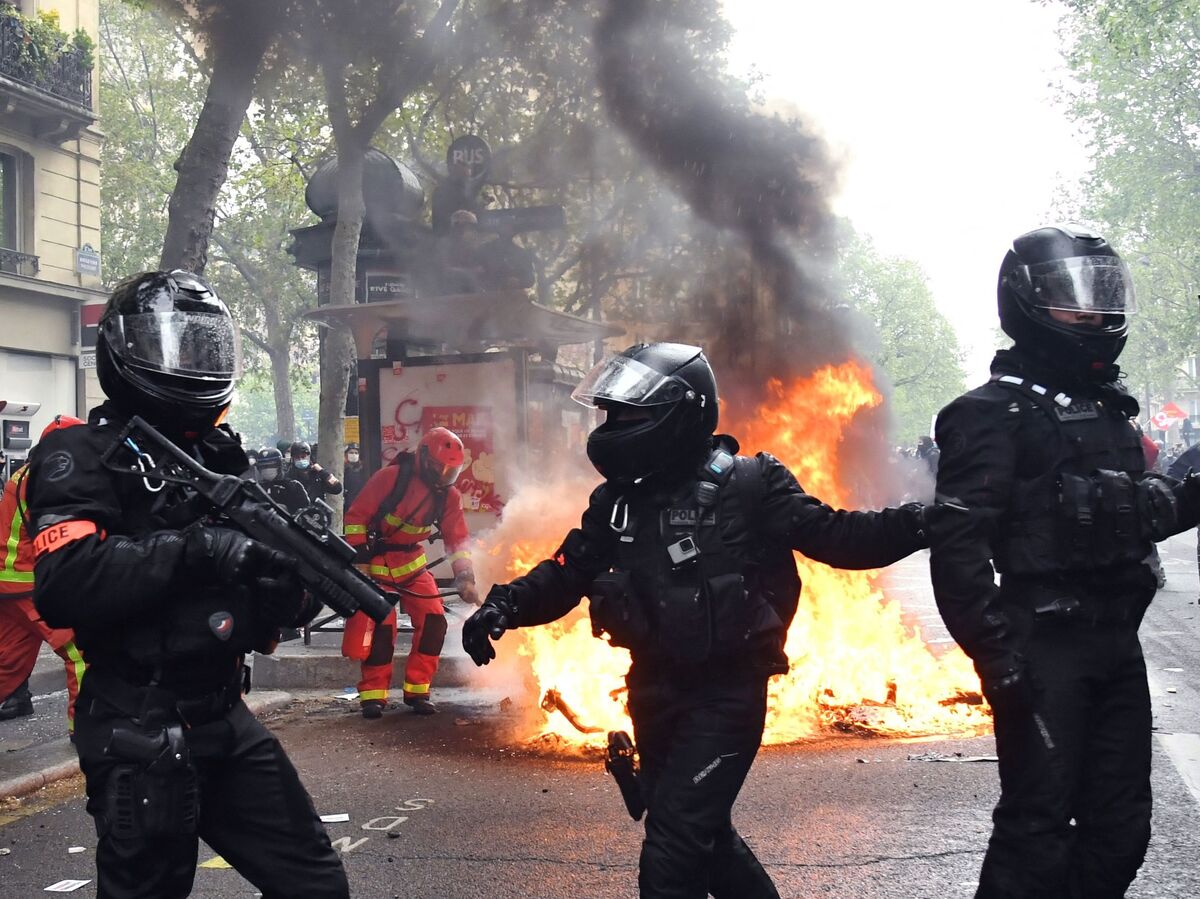 Police officers walk near a fire burning in the street during May Day protests in Paris on Saturday.

Protests surged in cities around the world for May Day as demonstrators called for better working protections and other causes. They come as COVID-19 and a stumbling economy continues to disrupt the world.

May 1 marks International Labor Day which commemorates laborers and the working class. Marches and demonstrations typically occur every year in many countries, but took on a new meaning after a year of lockdowns affecting many workers’ livelihoods.

In Paris, at least 17,000 people gathered, many of them to oppose a change in government unemployment benefits.

Video and images of the protests saw some demonstrators clashing with police, breaking windows and starting fires. In response, police fired tear gas and made 34 arrests.

The protests also spanned to other cities in France, including Nantes and Toulouse, with around 300 rallies organized in the country. Most were peaceful. But according to authorities, 27 officers were injured in the city of Lyon and five people there were arrested.

A French pensioner who only gave her name as Patricia to AFP spoke about the protests, saying, “There are so many motivations for a revolt that are building up — the management of COVID, the so-called reforms that are going to take away people’s ability to live, job-seekers who are going to lose their benefits.”

“We absolutely need to express ourselves,” she said.

In Berlin, at least 5,000 people protested against social inequality. Demonstrators clashed with police and some people threw fireworks, bottles and rocks, Reuters reported.

In Turkey, over 200 people were arrested, according to the office of Istanbul’s governor. This week, Turkey has also taken up a national lockdown while virus cases continue to increase within the country.

According to Reuters witnesses, demonstrators and union leaders were pushed to the ground and detained by police, some of whom were in plainclothes.

In other parts of the world such as Russia and Italy, the demonstrations and celebrations were considerably scaled back this year as coronavirus restrictions continue.