Jennifer Gates, the eldest daughter of Bill and Melinda Gates, has spoken out about her parents’ divorce.

In a statement shared to her Instagram Story on Monday, Jennifer, 25, addressed her “friends.”

“By now, many of you have heard the news that my parents are separating. It’s been a challenging stretch of time for our whole family,” Jennifer’s statement begins.

“I’m still learning how to best support my own process and emotions as well as family members at this time, and am grateful for the space to do so. I won’t personally comment further on anything around the separation, but please know that your kind words and support mean the world to me,” she continued.

Jennifer also thanked readers for “understanding” her family’s desire for privacy at this time. 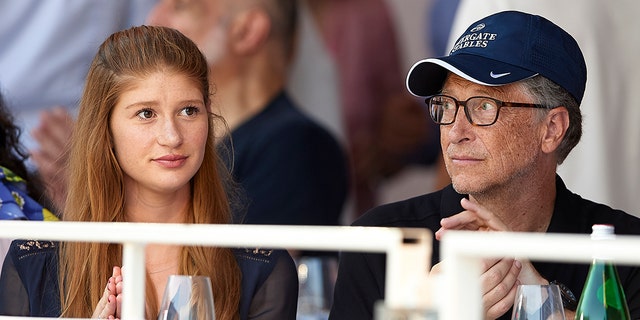 Additionally, Bill and Melinda’s daughter shared the same joint statement they released earlier in the day, confirming their split after 27 years of marriage.

The former couple said their decision to divorce came after a “great deal of thought and a lot of work on our relationship.”

“Over the last 27 years, we have raised three incredible children and built a foundation that works all over the world to enable all people to lead healthy, productive lives,” a tweet from the former pair reads.

“We continue to share a belief in that mission and will continue our work together at the foundation,” it adds.

Gates and Melinda have a storied history together and began their decades-long relationship in 1987 after crossing paths at a dinner during a trade convention in New York when Melinda was hired on as a product manager at Microsoft.

“There were two chairs open… I sat down. The next chair was empty. Ten minutes later, Bill came in and sat down next to me,” Melinda recalled in 2019 interview during an episode of “The David Rubenstein Show: Peer-to-Peer Conversations.”

In the 2019 Netflix docuseries, “Inside Bill’s Brain,” Melinda recalled when the centibillionaire listed out his pros and cons of marriage on a whiteboard. 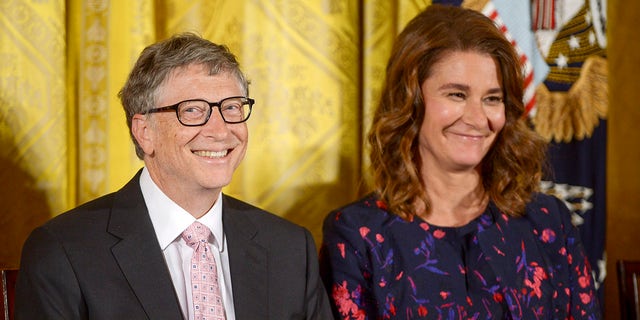 In a joint statement released Monday, Bill and Melinda Gates announced they are getting a divorce.
(Leigh Vogel/WireImage)

″He had to make a decision,” she said through laughter. She added that Gates “wanted to be married, but he didn’t know whether he could actually commit to it and [run] Microsoft.”

“Sort of to our surprise, certainly my surprise, we said, ‘Hey, I love you.’ And she said she loved me and then it was like, ‘Wow, and now what is going to happen?’” he said, adding, “You know, we cared a lot for each other and there were only two possibilities: either, we were going to break up or we were going to get married.”

Throughout their 27 years as man and wife, the Gates would welcome three children: Jennifer, Rory, 21, and Phoebe, 18, and would also start their widely philanthropic Bill and Melinda Gates Foundation in 2000.

The pair currently share a net worth of more than $130 billion, although it remains unclear how their dissolution of assets will be handled or if the tech honcho will exercise a Jeff Bezos approach to his divorce and employ a quick close with a big check to Melinda.