People waiting at an exit gate at the Kolkata Airport Terminal. International air travel to and from India has been restricted as the country battles a catastrophic COVID surge. 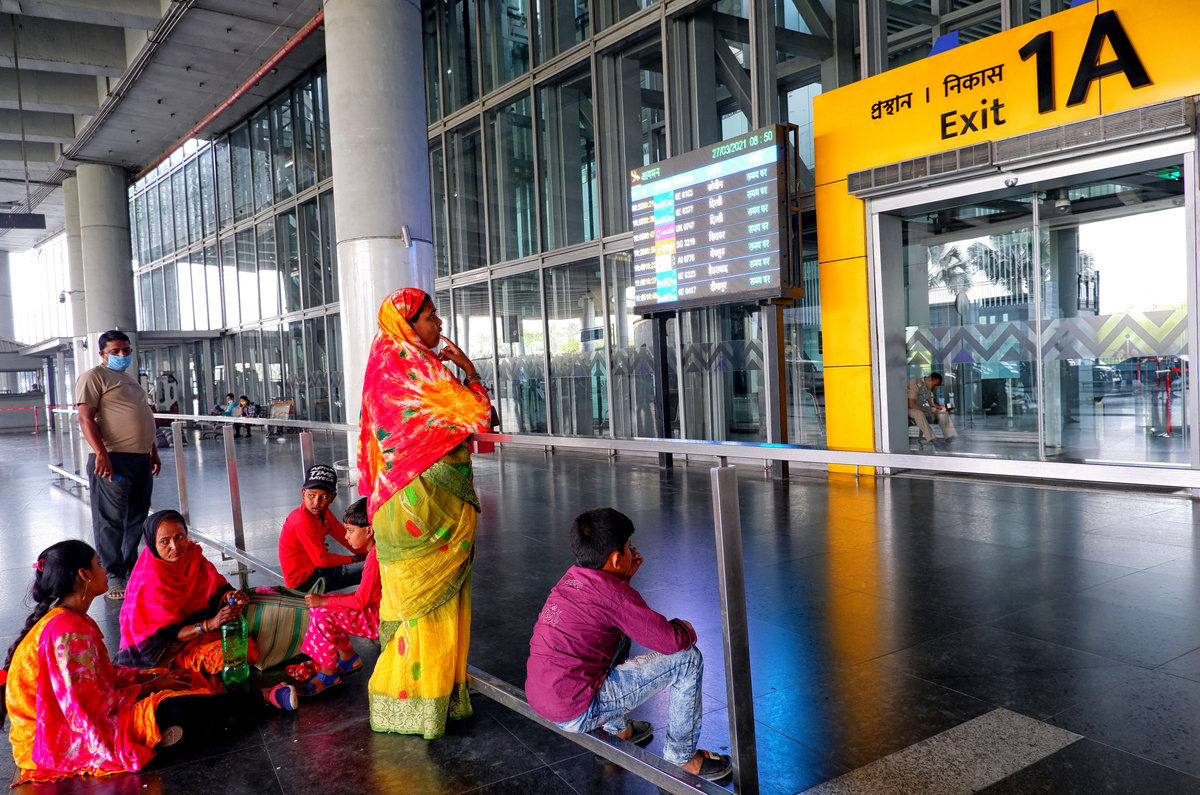 People waiting at an exit gate at the Kolkata Airport Terminal. International air travel to and from India has been restricted as the country battles a catastrophic COVID surge.

It’s part of a growing global ban on travel to and/or from India in the wake of the catastrophic COVID surge that is setting records for daily cases – 400,000 and up reported. And health officials believe the numbers are vastly undercounted.

The travel bans are designed to protect the rest of the world from a dangerous variant that has yet to be fully analyzed. And many health experts say travel bans are effective public health measures.

But there is collateral damage.

Prapagaran Vengadasalam is the first in his family to graduate from college, “the first one to ever set foot overseas,” he says. The 29-year-old technology lead, working for Infosys in the Southern Indian city of Mysore, was set to leave for Canada for a year of duty at the end of April. A week before he was due to leave, however, Canada joined a long list of countries that had banned flights out of India.

“I wanted to help my parents rebuild our home and settle loans,” he says. “I could have done that faster by taking on projects abroad.”

Perhaps the most severe restrictions are for Australian citizens. The 9,000-plus Aussies living and visiting in India are unable to return home, including a national cricket team that had come to participate in India’s IPL (Indian Premier League) matches. The Australian government threatened those who skirt the ban with jail time ranging from 14 days up to 5 years, a $50,000 fine or both — but Prime Minister Scott Morrison later said it was “highly unlikely” that the maximum penalties would be levied.

Many stranded visitors are posting in a Facebook support group called “Australians Stuck In India,” which has a growing community of 30,000 members. The group has become a place to seek advice, quell anxiety and update travel information.

“There is deep worry over the well-being of family and friends,” says Rhadika Sunderaj, one of the stranded Australians. She is a citizen of Indian origin who returned last year to plan her son’s wedding (which was canceled due to the pandemic).

She scheduled a trip home only to find out it was canceled when the money for her ticket was refunded to her credit card.

“I know many who have lost their loved ones in India and are unable to reach out to them in their last moments or attend their funerals because of these crushing travel restrictions,” she says.

Unable to travel back to India, people are tweeting for help to attend to sick family members back home:

“The heartache is immense. I find it so ‘othering’ and discriminatory,” says Sunderaj. “U.K. had more cases of its variant than we do right now in India, but U.K. travelers were never banned in Australia, even when their cases peaked.”

Some neighboring countries are closing their borders, including Pakistan and Bangladesh.

In March, China said they would allow Indian travelers only if they were vaccinated with the made-in-China vaccine, Sinovac, but that vaccine hasn’t even been approved for use in India.

Nepal shares a 1,100-mile open border with India with 37 land entry points for vehicles. The Nepal government has shut only 22 of these points.

“The world is watching India’s rising cases with unease,” says Dr. Budhi Setiawan, chief of health for UNICEF in Nepal. “In Nepal, we share a porous border with India and we are concerned about a spillover effect which can severely strain our health infrastructure and systems,” he says.

Traffic at the India-Nepal border mostly consists of migrant workers from Nepal who labor in India, aid workers and tourists. Setiawan estimates that approximately 500,000 to 600,000 people will be coming back to Nepal from India through the land entry points in next few months.

Nepal, meanwhile, has seen cases leap from 100 a day at the start of April to 7,000 a day in May, he says. Border closures are difficult to implement; India and Nepal have always operated open borders, built on friendship and years of shared culture and bilateral trade.

Constant health monitoring would be more effective, says Dr Setiawan. “We need to ramp up testing and for those who do travel, ensure that they follow public health norms more stringently. There is a critical need to mobilize additional health workers, PPE and medical equipment. The very low levels of vaccination in Nepal magnifies the likelihood of the virus spiraling even further out of control.”

And at least one royal visitor has been affected. The former king of Nepal visited India for the Kumbh Mela festival and is thought to have caught the Indian strain there.

Sri Lanka may have some of the same health care concerns but is keeping its borders open, with a restriction on the number of people from India allowed into the country.

The island nation depends on tourism, which employs over 400,000 Sri Lankans. Hotels are open for business, including Indian tourists. The only requirement at some facilities is a negative PCR test when they arrive from the airport and leave the hotel.

One option is in-room quarantine for two weeks before leaving the grounds. This was the route taken by celebrity author and historian Willian Dalrymple whose Instagram post about his “great escape” from infection ridden Delhi via the Srilankan air travel bubble incited rage in India (He later deleted it and apologized ).

As for the U.S. policy, while it is nowhere as restrictive as some other countries, exempting students and journalists traveling from India, it does cause heartache for many Indians working temporarily in the U.S. And it will likely have wide-ranging implications for US companies employing Indians too.

The impact of the new travel restrictions will be felt by new and existing H1B visa holders in India and their employers well into 2022.#H1B #IndiaTravelBan

A new petition is asking to “allow non-immigrant visa holders stuck in India to return home” to the United States.

There is a personal toll as well. Vijay Chidambaram, 33, is an assistant professor of computer science at the University of Texas in Austin. Chidambaram was looking forward to visiting his parents and in-laws in May. It had been two years since his parents had seen their only grandchild, who is now 3. “We had to cancel because of the COVID situation,” he says. “Everyone is sad about this and it worries me a lot because my dad is a doctor in contact with his patients every day. It is scary to hear stories about how people we know are getting sick.”

V. Raman Kutty, an epidemiologist and honorary chairman of the nonprofit organization Health Action by People in Thrissur, Kerala, wonders if it all could have been avoided.

If the global community had joined together to ensure that all countries have access to vaccines, perhaps the variant in India would not have emerged. “That’s a fight we could have won,” he says.

Kamala Thiagarajan is a freelance journalist based in Madurai, India, who has written for The International New York Times, BBC Travel and Forbes India. You can follow her @kamal_t.