A laboratory building at the Wuhan Institute of Virology in Wuhan, China, is seen on May 13, 2020. 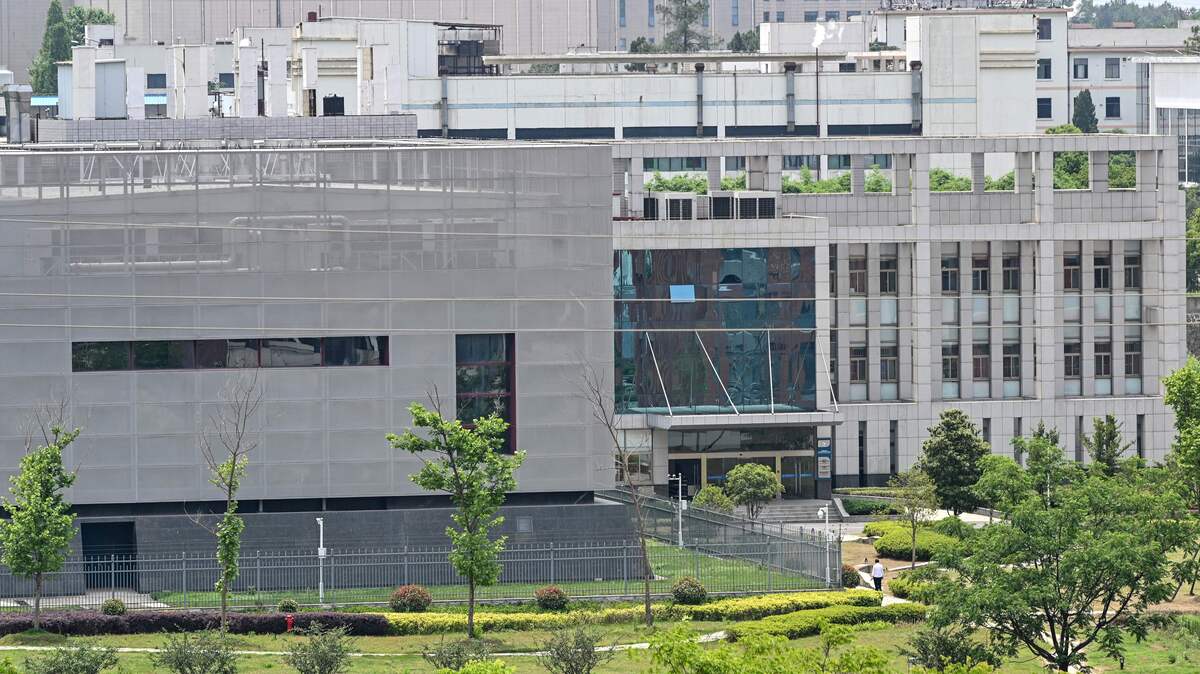 A laboratory building at the Wuhan Institute of Virology in Wuhan, China, is seen on May 13, 2020.

President Biden said on Wednesday that he has asked the U.S. intelligence community to push to get closer to a “definitive conclusion” on how the pandemic started.

In a statement, Biden said the intelligence community has “coalesced around two likely scenarios” — that the coronavirus either came from human contact with an infected animal, or from a laboratory accident in Wuhan, China.

He said most intelligence entities don’t believe there’s sufficient information to reach a conclusion about the virus’ origins, and the three intel entities that lean toward one explanation or another only have “low or moderate confidence” in their conclusions.

“As of today, the U.S. Intelligence Community has ‘coalesced around two likely scenarios’ but has not reached a definitive conclusion on this question,” Biden said in the statement. He added: “I have now asked the Intelligence Community to redouble their efforts to collect and analyze information that could bring us closer to a definitive conclusion, and to report back to me in 90 days.”

He said he wants intel officials to identify “areas of further inquiry,” including from China, and the United States would continue to push China to provide access to data.

“Back in early 2020, when COVID-19 emerged, I called for the CDC to get access to China to learn about the virus so we could fight it more effectively,” he said. “The failure to get our inspectors on the ground in those early months will always hamper any investigation into the origin of COVID-19.”

The first known cases of the novel coronavirus came from Wuhan, where there is a lab, the Wuhan Institute of Virology, that works with bat coronaviruses.

The notion that the virus had “escaped” from the lab — that there had been some sort of accident and then someone got sick — emerged in the early days of the pandemic, but was largely dismissed as highly unlikely by most scientists.

Some researchers and far-right commentators latched onto the idea, however, and the theory spread, especially in conservative news circles and among Republicans.

Former President Donald Trump, long a purveyor of right-wing conspiracies, also bought into the idea that the coronavirus had come from a lab accident and spent much of the remaining months of his administration criticizing China for allowing it to spread, occasionally employing racist language to describe the virus.

“Now everybody is agreeing that I was right when I very early on called Wuhan as the source of COVID-19,” Trump said in a statement Tuesday.

Most scientists continue to think the virus is more likely to be natural in origin.

“I feel the likelihood is still high that this is a natural occurrence,” Dr. Anthony Fauci, Biden’s chief medical adviser, told Congress Wednesday, “but since we cannot know 100% whether it is or is not, other possibilities exist and for that reason, I and my colleagues have been saying that we’re very much in favor of a further investigation.”

In a statement Wednesday, a spokesperson for the Chinese embassy in the U.S. wrote the lab leak theory off as nothing more than a smear campaign.

“Lately, some people have played the old trick of political hype on the origin tracing of COVID-19 in the world. Smear campaign and blame shifting are making a comeback, and the conspiracy theory of ‘lab leak’ is resurfacing,” the person said.

“Since the outbreak of COVID-19 last year, some political forces have been fixated on political manipulation and blame game, while ignoring their people’s urgent need to fight the pandemic and the international demand for cooperation on this front, which has caused a tragic loss of many lives.”

In March, following an investigation on the ground in China, the World Health Organization released a joint report with Beijing on the origins of the pandemic that concluded that the lab leak hypothesis was “extremely unlikely.”

But WHO Director-General Tedros Adhanom Ghebreyesus responded that he didn’t believe the team’s assessment of the lab leak possibility was extensive enough.

Biden in his Wednesday statement said the U.S. would continue to work to ascertain the origins of the pandemic.

He added: “The United States will also keep working with like-minded partners around the world to press China to participate in a full, transparent, evidence-based international investigation and to provide access to all relevant data and evidence.”

Adam Schiff, D-Calif., chair of the House Intelligence Committee, said the panel continues to review the United States’ findings in relation to the origins of the virus and sharply criticized China for its “obstruction” of the investigation.

“Beijing’s continued obstruction of a transparent, comprehensive examination of the relevant facts and data about the source of the coronavirus can only delay the vital work necessary to help the world better prepare itself before the next potential pandemic,” Schiff said in a statement. “Nonetheless, I am confident that the [intelligence community] and other elements of our government will continue to pursue all possible leads and provide an updated, evidence-based finding in line with the President’s 90-day requirement. It is critical that we allow the [intelligence community], and other scientific and medical experts, to objectively weigh and assess all available facts, and to avoid any premature or politically-motivated conclusions.”