Now this is a party boat. 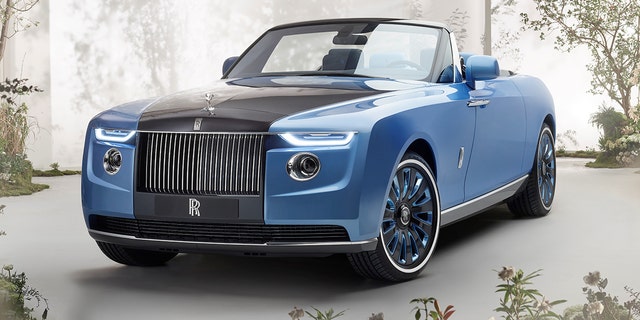 Rolls-Royce has unveiled a yacht-inspired roadster that it will only make three distinct examples of, each rumored to be worth over $10 million.

The Boat Tail is built on the platform as Rolls-Royce’s other models, which seem like bargains under $500,000, but features custom coachwork that took four years to design and execute.

From fenders inspired by a ship’s hull to a long, tapering tail topped with wood and stainless steel decking, it looks as much like a Riva motorboat as it does a luxury car. 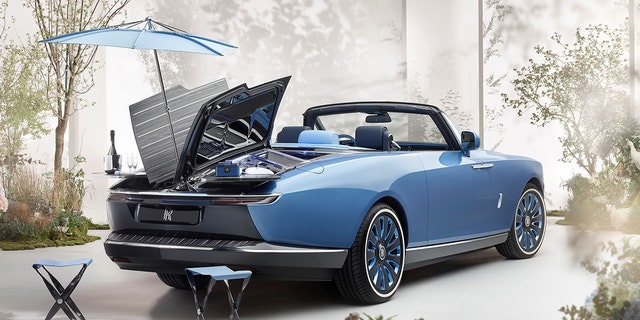 The most unusual feature on the example revealed by Rolls-Royce is hidden under the deck, which mechanically opens butterfly style to reveal a crystal, porcelain and silver lunch service with champagne refrigerator and cocktail tables that swivel out.

The owner can also deploy a parasol that emerges from the center of the car. 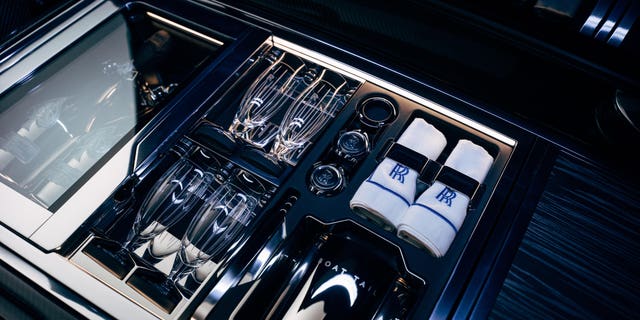 There’s room onboard for two fitted folding stools and a couple of small bags, but not for large luggage or even a proper roof. It comes with a fabric top that can be attached, but must be left behind on sunny days. 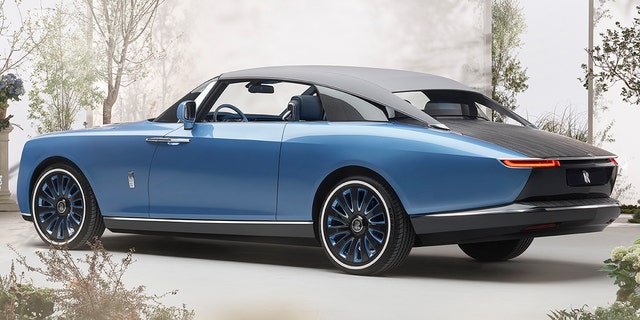 There is storage in the dashboard for two custom made watches from Bovet 1822, one of which features a star map of the night sky the day the buyer was born.

Rolls-Royce has not said who that is or announced how much they paid for the car, but rumors are swirling that it was anywhere from the reported $13 million the company’s previous one-off Sweptail coupe reportedly sold for in 2017 to $28 million.

The current car considered to be the most-expensive ever is the single Bugatti La Voiture Noire that was sold for $18.9 million in 2019.