Demonstrators in some of the country’s largest cities, including Sao Paulo, Rio de Janeiro and Brasilia, called for the president’s impeachment and better access to Covid-19 vaccines. Many protesters did not appear to be practicing social distancing, although most wore masks.

Brazil is facing a possible third wave of Covid-19, with the Health Ministry reporting 79,670 new Covid-19 cases and 2,012 coronavirus-related deaths on Saturday. The country has recorded more than 460,000 deaths from Covid-19 and 16 million infections.

Of its population of more than 210 million, around 19 million — or fewer than 9.4% — have been fully vaccinated.

Bolsonaro repeatedly downplayed the pandemic in its initial stages. He previously called Covid-19 a “little flu” and sabotaged efforts to implement social distancing or lockdowns. Signs referring to Bolsonaro’s actions amounting to a “genocide” were seen at the demonstrations.

Brazil’s Senate is conducting an inquiry into the Bolsonaro government’s handling of the pandemic.

Nurse Patricia Ferreira said Bolsonaro was “worse than the virus at the moment.”

“We are exhausted, with our healthcare system on the verge of collapse,” she said. “There is no solution to the pandemic with him (Bolsonaro) in power.”

Student Beatriz Fernanda Silva said she was demonstrating to honor her uncle, who she said was killed by Covid-19 at age 42.

“I came here to fight for the vaccine that he was unable to get and could have saved him. He died at the end of February and left two children and a wife,” the student said.

She said she recognized the risk she was taking by “being on the street in the middle of a pandemic,” but thought it was important to speak out.

“A lot of people are dying. Bolsonaro should do something about it, but from the start, he treated it with total neglect,” Silva told CNN. 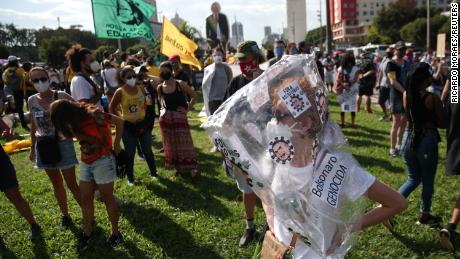 The protests were largely peaceful, except for Pernambuco state capital Recife, where the police used rubber bullets, gas bombs, and pepper spray to disperse the crowd. Videos circulating on social media appeared to show one protester was shot in the eye by a rubber bullet and police were seen using pepper spray on Liana Cisne, a local councilwoman from the Worker´s Party.

Pernambuco state vice-governor Luciana Santos said the order to disperse the protesters did not come from the government and an investigation has been launched into police tactics. Governor Paulo Camara has suspended the police commander and officers involved, until the end of the inquiry.

The protests came a week after a motorbike rally President Bolsonaro organized in Rio de Janeiro. There, he advocated against restrictive measures while his supporters called for the overthrow of Brazil’s Supreme Court, which has given local governors and mayors the ability to enforce measures to prevent the spread of the virus. 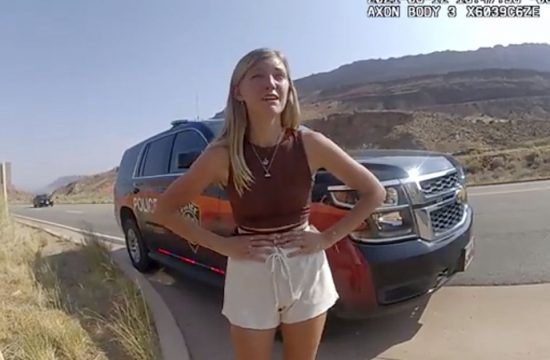