Denmark’s intelligence service worked with its U.S. counterpart to collect information on European leaders including German Chancellor Angela Merkel, according to several reports in Danish media.

According to Danmarks Radio (DR), the Danish foreign secret service helped the U.S. collect intelligence on European leaders, including Merkel, from 2012 to 2014 under the codename “Operation Dunhammer.”

Efforts by the U.S. government to collect such intelligence during that timeframe were previously reported. But the role of Denmark’s Defense Intelligence Service, known in Denmark by its acronym FE, was not previously known.

The U.S. National Security Agency reportedly worked with FE to gain access to text messages and phone calls with officials from European countries. 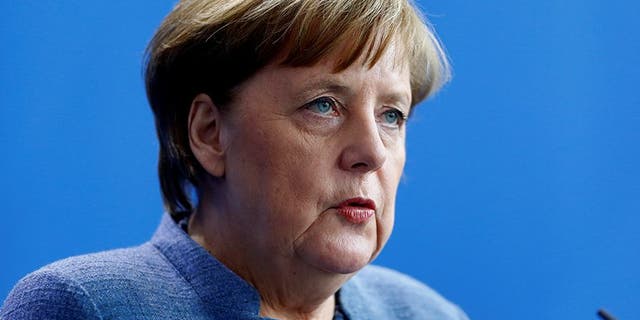 The NSA did not immediately respond to a message from Fox News seeking comment.

Edward Snowden, the ex-NSA contractor who blew the lid off U.S. government surveillance methods in 2013 and has been hiding in Russia, accused President Biden of being “deeply involved” in the effort as vice president under Obama.

The White House did not immediately respond to an email seeking comment.

When the U.S. spying efforts were first exposed, Merkel declared that “spying among friends” is unacceptable. Now, some in Europe are calling for further investigation into whether Copenhagen was involved in that spying.

“We want the cards on the table,” Swedish Defense Minister Peter Hulqvist said.

A Danish lawmaker in the left-wing Socialist People’s Party said that he plans to press Denmark’s defense and justice ministers on the alleged assistance to the United States’ spying efforts.

“The government must explain how come Denmark has been acting as a willing tool for a U.S. intelligence service, and what it will mean for cooperation with Denmark’s neighboring countries,” that lawmaker, Karsten Hoenge, said.

Fox News’ Tyler Olson and the Associated Press contributed to this report.