Latest News
Home /The Remains Of 215 Indigenous Children Were Found At A Residential School. The Search For Graves Isn’t Over. – BuzzFeed News 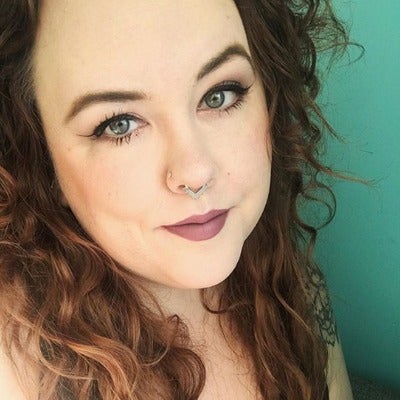 Calls are mounting for greater accountability and a search for more unmarked graves after the discovery last week of 215 bodies at a former residential school, one of more than 100 in Canada where Indigenous children were separated from their families.

The Tk’emlúps te Secwe̓pemc First Nation announced the discovery of the children’s remains last week, found at the Kamloops Indian Residential School in British Columbia. Some of the children who died at the school, which closed in 1978, were as young as 3.

On Monday, Perry Bellegarde, national chief of the Assembly of First Nations, said the find should be a “catalyst” for further work uncovering these graves at school sites throughout the country.

“It’s a prime opportunity to do this very, very important work in all the residential school grounds,” he told reporters. “This has to be further researched and investigated. Kamloops is one school. There were over 130 residential schools that were operating across Canada.”

For more than 100 years, thousands of Indigenous children were sent to residential schools across Canada, taken from their parents in an attempt to assimilate them. These schools, many run by religious institutions, operated as recently as 1996 and were rife with abuse. The Truth and Reconciliation Commission of Canada, which was formed to examine the legacy of the schools, has identified at least 4,100 children who died of disease or by accident in these schools. It’s estimated that the actual number of deaths could be more than 6,000.

The US government used similar boarding schools, forcing Native American children to live and learn away from their families, and systematically cutting them off from their communities and culture.

According to Bellegarde, survivors of the schools, as well as their communities, have told stories about mass graves for decades, “but nobody believed them because it was too horrific.”

In its 2015 report, the Canadian government’s Truth and Reconciliation Commission called the schools an act of “cultural genocide.” The report also came up with 94 calls to action for reconciliation, including six in regard to the children who died in residential schools. Recommended actions include creating an online registry of school cemeteries and making sure descendants know where their family members were buried.

That work hasn’t been completed, and Bellegarde said government funding is necessary to move forward. The Tk’emlúps te Secwe̓pemc First Nation was only able to examine the Kamloops school grounds now with the help of a local government grant.

Hundreds of graves have been found at these sites before, although this latest discovery is particularly large, said Katherine A. Morton, an instructor and researcher in anti-colonial and Indigenous studies at Memorial University of Newfoundland. In addition to unmarked graves at the schools, many sites also purposely included cemeteries, she said.

“If you look at the blueprints for residential schools when they were first built, many blueprints indicated that there were plans for graveyards to be put in,” she told BuzzFeed News. “You don’t build a cemetery into a high school for white kids.”

She added that there were indications of mass abuse and deaths at these schools as early as the 1920s, but there was never any formal tracking of the violence while they were operational.

The residential schools are scattered across Canada, and some have now been demolished. Some First Nations have made independent attempts to search the sites for remains, but Morton agreed the biggest barrier is funding.

In 2009, the Canadian commission requested federal funding to locate the graves of missing children, but that request was denied by the then-Conservative government.

As Indigenous people mourned after last week’s discovery, they also called on Canadians not to turn away from the grim reminder of a system that forcibly took children from their families.

“We call upon Canada, and all of those who call yourselves Canadians, to witness and recognize the truth of our collective history,” said Grand Chief Stewart Phillip, president of the Union of British Columbia Indian Chiefs, in a statement.

“This is the reality of the genocide that was, and is, inflicted upon us as Indigenous peoples by the colonial state. Today we honour the lives of those children, and hold prayers that they, and their families, may finally be at peace.”

Chief Clarence Louie of the Syilx Okanagan Nation in British Columbia said that Indigenous people still feel the impact of the schools today.

“The level of inhumane and criminal treatment of First Nation’s children at the hands of colonial governments and organized religion is deeply disturbing,” he said in a statement. “We are calling on the Province of British Columbia and Government of Canada to directly address these atrocities.”

Across Canada, memorials have been created at legislative buildings and other sites, with people leaving pairs of shoes to symbolize each lost child.

In Winnipeg, shoes were placed at the Forks, a green space where the Red River and the Assiniboine River join together. Historically, it was an important place for trade and settlement by local First Nations.

Shoes were also placed at a former residential school in Ontario.

As well as in front of churches.

In Ottawa, shoes were placed around the Centennial Flame on Parliament Hill.

On Sunday, Prime Minister Justin Trudeau called for flags to be lowered across the country in mourning for the 215 children.

What should be done with the schools that remain standing is still a question. Several have been turned into memorials, while some people want to see them demolished.

“There’s got to be these ongoing conversations to ensure whatever happens, the ultimate decision is left up to the Indigenous nations closest to these sites,” Morton said.