Morales had moved to Orlando a few years earlier in search of his “people” — namely LGBTQ people and fellow Puerto Ricans. He found them, but Orlando’s queer Latino community was less visible in the years before the devastating mass shooting.

“It was a community, but it was kind of, like, in pockets,” he said. “It wasn’t anything outside of the nightclubs.”

“Just seeing my people having so much fun … Pulse was the place,” he said. “I never imagined it would be my last time there.”

When the tragedy at Pulse — on Latin Night, June 12, 2016 — shuttered the bar for good, Morales lost at least one friend in the shooting and his home away from home. His best friend was there on the night of the shooting and is still tending to his trauma five years later. 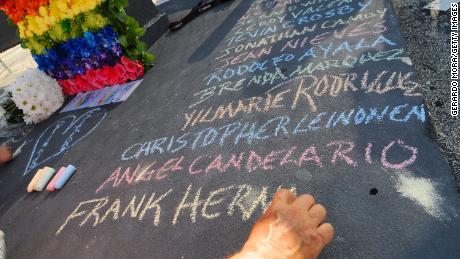 Morales dedicates his career, now, to
Pulse survivors and families of those who died, many of whom were Latino. He helps lead the
LGBT+ Center, a nonprofit that operates a support center specifically for people affected by the Pulse massacre.
He and other queer Latino residents of Orlando, once left to find community in clubs, are now the faces of LGBTQ advocacy groups, serve as elected officials, and call attention to the needs of LGBTQ Latinos with platforms they were not afforded before the
mass shooting at Pulse — and the city is listening.

“We didn’t have a voice here, and in the last five years, our voices have been uplifted through this,” said Morales, director of operations at the LGBT+ Center.

Orlando fundamentally changed after that night at Pulse, LGBTQ Latino leaders told CNN. But to make positive changes for LGBTQ Latinos permanent, those community leaders must continually justify their work to the state and federal government to receive funding, or else they risk a decline in progress.

The work is exhausting, those leaders say, but essential to help the city, particularly its queer Latino residents, continue to heal.

Several organizations were borne out of the the tragedy at Pulse, Morales said, including
QLatinx, an advocacy organization that began as a support group for LGBTQ Latinos to gather in a safe space outside of nightclubs, and the
Contigo Fund, which provides grants to LGBTQ Latino causes in the state.
Like those groups, the LGBT+ Center’s
Orlando United Assistance Center, or the OUAC, developed out of necessity. Since many victims of the shooting were LGBTQ and many of their family members didn’t speak English, supporting them required an intersectional approach, Morales said.

“What happened at Pulse was … kind of labeled as a gay issue, when in reality it wasn’t. So many communities were impacted,” he said, emphasizing that everyone affected by the shooting needed a different approach to healing.

The center provides what state Rep. Carlos Guillermo Smith calls “culturally competent care” — where the case managers share many of the same lived experiences as the clients they’re serving. They connect clients to medical and mental health care, legal services, housing and more, though they just as often provide comfort and a friendly ear to those who need it. 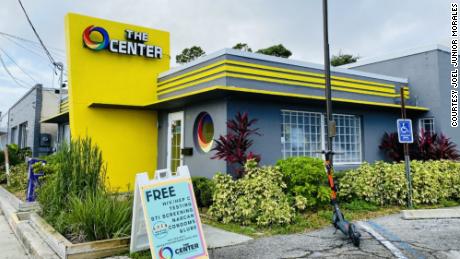 “You can’t just send them to a mental health counselor,” Smith said. The case managers “look like them and speak their language.”

Some survivors of the shooting lived in poverty and couldn’t access resources without the assistance of the center, Morales said. Some victims were undocumented and felt they couldn’t trust government assistance. Other victims were outed to their families simply by being at the bar on the night of the shooting and needed to navigate that trauma, too.

Tailoring their services to their clients and their unique traumas fills a void in Orlando, Morales said. The grant used to create the Orlando United Assistance Center expired after three years, so the center has sometimes struggled to find stable funding, but survivors and families still need the center’s help, he said.

“This was not going to be short term,” he said of the city’s healing process. “This is going to live in our community forever.”

How the only LGBTQ Latino Florida state legislator represents his community

The sharper focus on Orlando’s LGBTQ Latino residents after the Pulse shooting elevated many community organizers, like Morales, into more visible roles.

“I wouldn’t say they’re the future of the movement, they’re the right now,” said Smith, the Florida state representative, of Morales and other leaders.

Smith said it’s his job to support those advocates in his position in government. He’s one of three LGBTQ politicians in the Florida legislature. He, along with Reps. Shevrin Jones and Michele Rayner, who are both Black, are the only representatives of queer people of color in the state capital of Tallahassee. 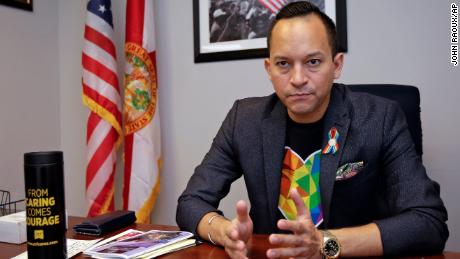 The tragedy at Pulse strengthened his commitment to advocating on behalf of Black and brown LGBTQ Floridians, he said.

“I think when Pulse happened, there were a lot of folks in elected office locally who also reflected on, ‘How inclusive are we really being?'” he said. “Yes, Orlando was very affirming for LGBTQ people before Pulse, and that commitment to equality was certainly strengthened in Orlando after Pulse, but it was also an important moment for our community to reflect and see how we can be even more inclusive.” 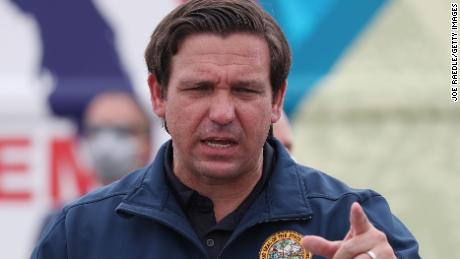 Though Orlando has taken steps to improve safety for LGBTQ residents, such as establishing liaisons within city government and designating businesses as
“safe places,” where queer victims of crime can go to get help without fear of discrimination, the state has had a more muddled track record when it comes to LGBTQ protections. This month, Florida Gov. Ron DeSantis
signed a bill that banned trans students from playing sports that align with their gender identity.
Smith said he’s used to the tug of war of sorts over LGBTQ rights. Former President Donald Trump
rolled back a number of protections for LGBTQ people,
particularly transgender Americans, but when President Joe Biden took office this year, he
signed a sweeping executive order to protect LGBTQ people from discrimination. When DeSantis signed the anti-trans legislation a few months later, it was upsetting, but not surprising, Smith said.

“It’s a combination of steps forward and steps backwards,” he said. “We’ve seen this movie before — whenever we see tremendous progress, there’s always backlash.”

The only way to ensure the rope is pulled in the direction of equality, he said, is to stay engaged, listen to organizers’ demands, continue to elevate queer leaders, and “fight like hell.”

LGBTQ Latinx people in Orlando have had to be their own advocates since before the shooting at Pulse. The constant activism is draining work, Morales said.

“It gets very tiring, honestly, just advocating your whole life for issues that impact you,” he said.

Morales still sees opportunities for Orlando to become a more hospitable place for LGBTQ Latinos. The city can start, he says, with what he calls “language justice,” or providing resources in a resident’s native language. 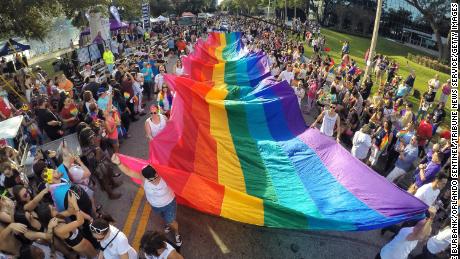 Morales knows the healing will be long term, but securing long-term funding for the OUAC has been a challenge since the federal grant used to fund it, from the
Antiterrorism and Emergency Assistance Program, expired in 2019.
The OUAC suffered a devastating blow earlier this month, when
DeSantis vetoed $150,000 for the center (and another $750,000 for the Zebra Coalition, a group that supports LGBTQ young people experiencing homelessness and other issues) on the second day of LGBTQ Pride Month.

The veto was gutting, Morales said, especially because staff expected the budget to pass as it had in the Florida House and Senate. 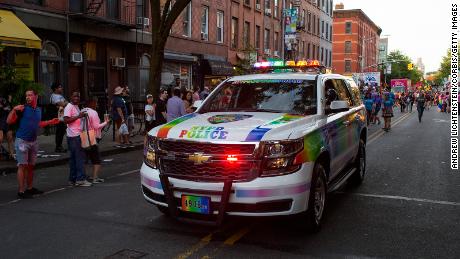 So Morales recently applied for a Victims of Crime Act (VOCA) grant to support the center for a bit longer. He wants to expand its services to support LGBTQ victims of domestic violence, sexual assault, human trafficking and hate crimes. He said victims are often hesitant to take those issues to the police if they’ve had negative interactions with law enforcement in the past, so the center fills an essential role.

“We’re transforming [the city] — in a better way, a progressive way,” Morales said. “But we also have to remember that people are still healing, and there’s a lot of recovery that needs to happen. After the dollars dry out, and the eyes are away and the media goes away, people are still suffering.”

As is the case with many mass shootings, the location of the shooting is used as a stand-in term for the tragedy itself. But before “Pulse” came to mean “one of the deadliest mass shootings in US history, one that primarily targeted people of color at a gay nightclub,” Pulse was synonymous with home.

“Some people say that everyone has three places: home, work, and a third place — a place where you find a sense of community and belonging,” said Marco Quiroga, the founder of the Contigo Fund. “Pulse was that third place for me when I first came out, and for many of us.”

Pulse’s absence is felt. Orlando residents have tried to fill that void with overwhelming displays of support for LGBTQ residents and LGBTQ people of color. 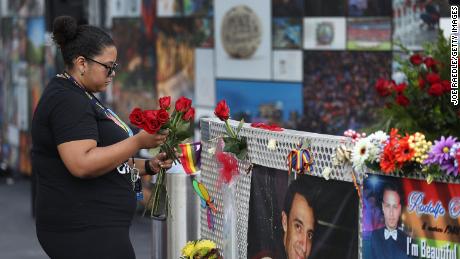 “It wasn’t just rainbows,” Smith said of Orlando in the months and years following the Pulse shooting. “You could tell something had changed within us as a community here in Central Florida.”

Orlando is a young city, but LGBTQ Latinos are a significant driver of its growth. The city now has the fourth-largest population of LGBTQ adults in the US, a
2021 US Census Bureau study found, and it routinely receives
high scores from the Human Rights Campaign’s Municipal Equality Index, which evaluates how LGBTQ-inclusive cities are.

“‘Orlando United’ is not just a hashtag,” Smith said. “It’s a way of life. We hug each other more when we see each other. People are closer than they were before. But whenever there’s a tragedy like this, it also exposes problems within our structure.”

The shooting upended countless lives, Quiroga said, including his. But it forced him to reconsider his career, too, and now, he spends his time securing funds for LGBTQ groups doing what he feels is life-changing work in the city. He thinks about his younger self, an undocumented person of color, and what would’ve best served him.

“It’s hopeful for me to think that a younger me today wouldn’t have to leave Orlando for opportunity, or to find a sense of belonging and purpose as a young queer or trans person of color,” he said.

Morales, in his 10 years in Orlando, said he’s seen the city bloom into a more inclusive place for LGBTQ people — more like the Disney-fied version of Orlando he dreamed about as a young queer person. The annual focus on the Pulse massacre reminds the public, however temporarily, that the city is continuing to rebuild into a safer, more inclusive home for his community.

The healing in Orlando isn’t done. It may never end, and the tragedy still stings five years later. Morales and his fellow advocates have no plans to stop their work, either, as draining as it is, until they create a home for queer Latinos like the one they found at Pulse — one where individuality was celebrated and love reigned.