Richard Bland becomes the oldest player to lead the US Open after 36 holes after a 67 on day two earned him a tie at the top with Russell Henley, while Matthew Wolff is only one shot behind despite his mental health struggles. 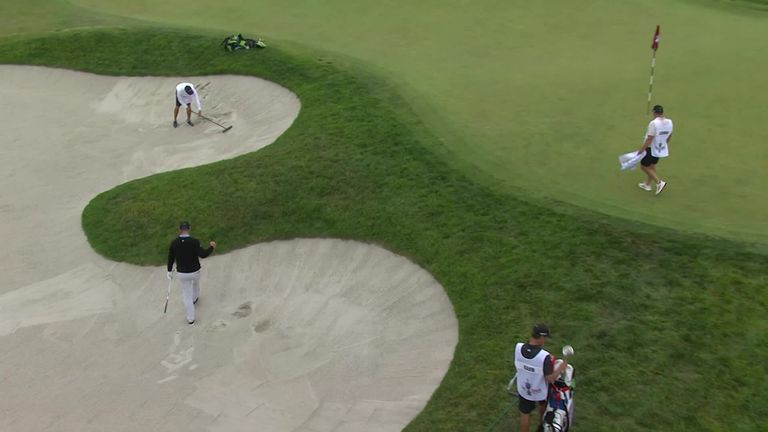 A look back at the best of the action from the second round of the 121st US Open at Torrey Pines in California.

Richard Bland set a new US Open record as he added another career highlight to his memorable summer, earning a share of the halfway lead at Torrey Pines.

Bland, still riding the wave of euphoria following his emotional first European Tour victory at the British Masters a month ago, fired a seven-birdie 67 to become the oldest man to lead the US Open after 36 holes, although Russell Henley would have robbed the 48-year-old of that accolade had he not missed a two-foot par putt on his final green.

Henley’s late slip cost him the outright lead and dropped him into a tie at the top with Bland, and the unlikely leading pair ended the day one stroke ahead of Louis Oosthuizen and a resurgent Matthew Wolff, who impressed with a 68 in his first start since being disqualified at the Masters in April.

Jon Rahm and two-time Masters champion Bubba Watson are two shots off the pace, while Rory McIlroy flirted with both the lead and the cut line as his bid for a first major title for seven years was blighted by inconsistency, mixing five birdies with seven bogeys in a “roller coaster” 73 – leaving him at one over par heading into the weekend.

Bland has already enjoyed a few weeks in the limelight since winning at The Belfry in his 478th start on Tour, and he is now making headlines worldwide after his outstanding performance over the first two days of only his fourth career appearance in a major championship.

The popular Englishman set the tone for his round when he holed from 30 feet for birdie at the 10th, added another at the 13th before bouncing back from a bogey at 15 with back-to-back birdies at the 16th and 17th which first gave him a share of the lead with Henley and Oosthuizen.

He took another step back with a scrappy bogey at the 18th, but he backed up his excellent distance control with his irons with some assured putting and birdied the second and fourth to open up a two-shot lead over the field, but a plugged lie in the front bunker at the eighth led to his third bogey of the day. 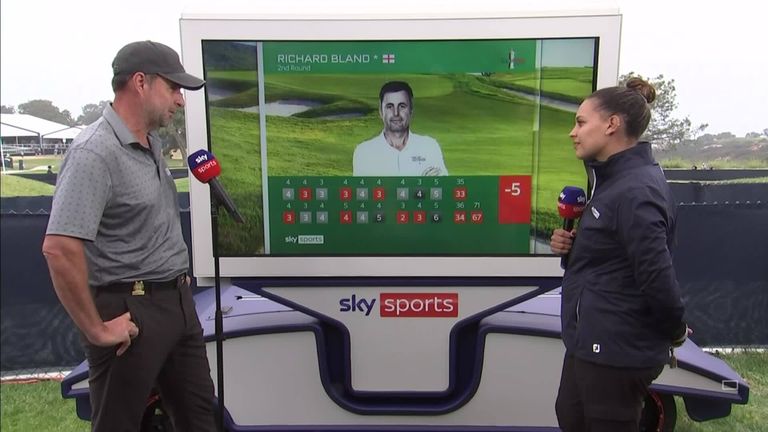 Richard Bland reflects on posting a four-under 67 and moving top of the US Open leaderboard during the second round at Torrey Pines.

A cast-iron par at the last capped a 67 and set the clubhouse target at five under, which held up until late in the afternoon when Henley converted a superb tee shot to the eighth – his 17th – and edged into a one-shot lead before he suffered his first blemish of the round on his final hole.

His unfortunate finish ensured Bland’s place in the history books, and the pair will look forward to each other’s company in Saturday’s final pairing as they head off behind Oosthuizen (71) and last year’s runner-up Wolff, who has not been seen since the Masters while dealing with mental health issues.

Wolff has been open to talking about his off-course struggles while putting together another serious major challenge following near-misses at both the PGA Championship and the US Open last year, recovering from an early bogey with four birdies to join Oosthuizen on four under.

Day two as it happened

“After stepping off the course the last two days, I’ve been pretty drained, but I’ve been really trying hard to focus and keep my composure and, more importantly, just be happy,” said Wolff, who has had steadfast support from Watson since arriving at Torrey Pines as they shared their battles with mental health.

“Even after playing well yesterday, I still wanted to stay in bed. I wanted to be where I was comfortable, not in the spotlight. So it’s awesome that I came out here and played well, but I think more importantly, I’m just getting closer to being more comfortable and being happy and enjoying it. 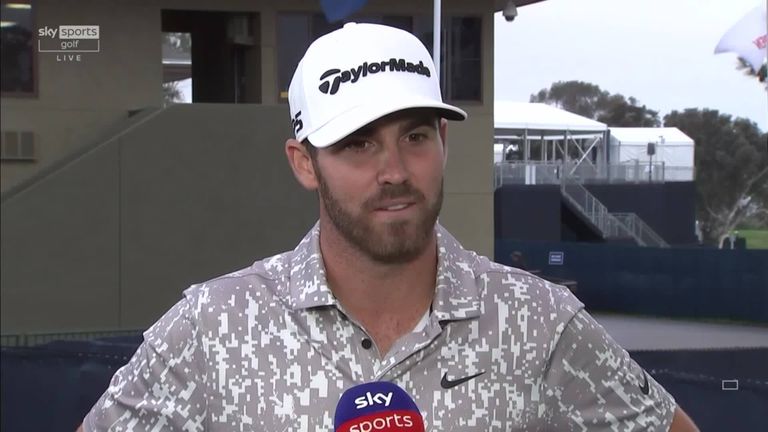 Matthew Wolff opens up about how he has gone from feeling ‘hopeless’ on the golf course in recent months to finding a return to form at the US Open.

“I feel like I’ve done a very good job of enjoying it, but I’ve still got a long way to go to keep a level head. I’ll probably be working on the same thing that I’m working on now for the rest of my career.”

Watson has posted only one top-10 finish in a major since capturing his second Masters title over seven years ago, but he forced his way into contention with a remarkable finish to his second round, making five birdies over his last six holes to complete an entertaining 67.

The left-hander is just two off the lead along with Rahm, who scrambled hard to get round in 70 to maintain his hopes of achieving “karma” following his unfortunate withdrawal from The Memorial due to a positive test for Covid-19 when leading by six shots earlier this month. Jon Rahm discusses the impact of his recent positive Covid-19 test and looks ahead to his weekend hopes at the US Open.

Just 12 players are under par at the halfway stage, while McIlroy slipped to one over after two early birdies got him to within two shots of the lead early on Friday, the 2011 champion littering his card with a succession of bogeys as a result of some errant approach play which he attributed to an alignment issue.

McIlroy did give himself some momentum to take into the third round when he birdied two of his last four holes to haul himself back to one over alongside newlywed Lee Westwood, whose 72 featured 17 pars and a lone bogey, while world No 1 Dustin Johnson and rising Scot Bob MacIntyre both returned 73s to slip to two over par.

Record-breaking PGA champion Phil Mickelson needed something special to avoid missing the cut having opened with a disappointing 75, but he duly delivered and thrilled his legion of home fans with a three-birdie 69 that leaves him only seven off the lead.