It had long stretches of winter darkness, freezing temperatures and often scarce resources, but an array of tiny fossils suggests dinosaurs not only roamed the Arctic, but hatched and raised their young there too.

While dinosaur fossils have previously been found in the Arctic, it was unclear whether they lived there year-round or were seasonal visitors.

Now experts say hundreds of fossils from very young dinosaurs recovered from northern Alaska indicates the creatures reproduced in the region, suggesting it was their permanent home.

Prof Gregory Erickson, a palaeobiologist at Florida State University and a co-author of the research, said the discovery was akin to a prehistoric maternity ward, adding it was very rare to find remains of such young dinosaurs because they are so small and delicate.

“We were stunned when we discovered the tiny fossils,” he said. “We suspected they were nesting in the Arctic, but didn’t anticipate recovering evidence of this behaviour.”

Writing in the journal Current Biology, Erickson and colleagues reported how they analysed fossils recovered from the Upper Cretaceous Prince Creek Formation in a series of expeditions spanning a decade and involved the use of fine mesh screens to sift sediments.

Though remains from dinosaurs have previously been found in the formation, none showed evidence of reproduction.

But the new research has revealed the discovery of tiny teeth and bones from young dinosaurs, including those who were just about to hatch or had recently done so.

The fossils, dating to around 70m years ago, came from large and small-bodied dinosaurs covering at least seven different types – including duck-billed and horned dinosaurs. Teeth were also found from a young tyrannosaur, said Erickson, possibly just six months old.

“We have built up a body of evidence that showed not just one of the dinosaurs was nesting up there, but it looks like almost all of them, if not all of them,” he said.

While the findings rule out the idea that dinosaurs only moved north after reproduction, Erickson added that young hatched in the Arctic would have been too small to travel south for the winter.

“Given long incubation periods, small hatching sizes, and the short Arctic summer, it is very unlikely the dinosaurs were migrating,” he said.

The team said the conclusion that the dinosaurs likely lived in the Arctic year-round is backed up by other evidence, including that many of the species have not been found in rocks of a similar age at lower latitudes.

At the time that dinosaurs roamed the Arctic, the region would have lacked big polar ice caps and had conifer forests, but the researchers say the creatures still faced harsh conditions, with up to 120 days of continuous darkness in the winter and an average annual temperature of just above 6C.

The team wrote that “the dinosaurs, if winter residents, endured freezing winter conditions with occasional snowfall”.

Erickson said the study raised questions of how the dinosaurs coped in the winter, with the team suggesting smaller dinosaurs may have hibernated, potentially in burrows, while larger herbivorous dinosaurs may have fasted – although plants such as bark, ferns and moss may have provided some food.

The team said feathers may have provided insulation, while the discovery of dinosaurs in the Arctic – but not cold-blooded creatures such as amphibians or turtles – adds support to the idea that at least some dinosaurs were warm-blooded.

Dr Stephen Brusatte, a palaeontologist at the University of Edinburgh who was not involved in the study, said the research was groundbreaking, adding that while the fossils are tiny, their importance is huge.

“Some of these fossils are the size of pinheads or dandruff flakes, and the fact that they survived the rigours of fossilisation at all is remarkable,” he said.

Brusatte added the research showed how adaptable dinosaurs were to survive in such a harsh environment.

“That to me is what is most stunning,” he said. “These dinosaurs – big ones, small ones, meat-eaters, plant-eaters – must have formed entire communities that adapted to endure the challenges of extreme winter survival.”

We will be in touch to remind you to contribute. Look out for a message in your inbox in August 2021. If you have any questions about contributing, please
contact us.
Original Source 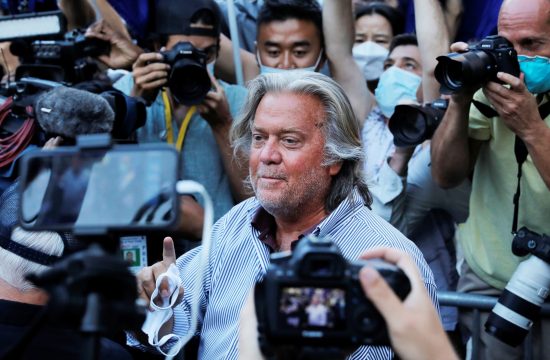