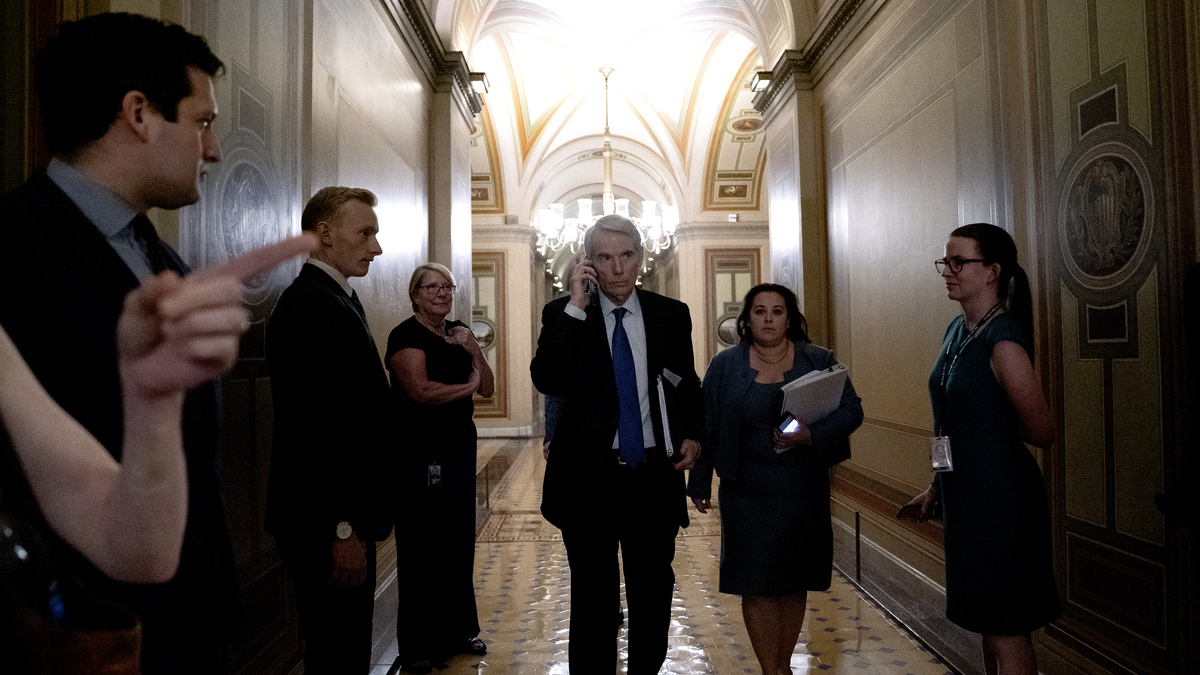 A bipartisan group of senators is “very, very close” to an agreement on a deal for an infrastructure package, Ohio Republican Rob Portman told Capitol Hill reporters Wednesday, and President Biden has invited the group to the White House Thursday.

The invitation follows meetings between White House advisers and the group of senators Wednesday.

“White House senior staff had two productive meetings today with the bipartisan group of Senators who have been negotiating about infrastructure,” White House press secretary Jen Psaki said in a statement. ‘The group made progress towards an outline of a potential agreement, and the President has invited the group to come to the White House tomorrow to discuss this in person.”

Portman told reporters that the senators have had a “framework” of a deal for a couple of weeks. Indeed on June 10, a group of five Republicans and five Democrats announced they had agreed on the contours of a package: some $1.2 trillion in spending over eight years, but less than half that in new spending.

The bipartisan group has now grown to 21 members.

A key sticking point has been how to pay for the measure, with Republicans opposed to undoing any of their 2017 tax cuts, and Biden against raising the gas tax.

Portman told reporters the group has “a balanced group of pay-fors,” but did not go into more detail.

The bipartisan infrastructure talks are on one track. Meanwhile, Democrats are eyeing a second, much larger package that would include spending on climate and education and pass along party lines, via the Senate’s budget reconciliation process.

Senate Democrats have begun the budget process that would allow such a measure to move through the chamber.

“Discussions about infrastructure are progressing along two tracks,” Senate Majority Leader Chuck Schumer, D-N.Y., said on the chamber floor Wednesday. “The first is bipartisan, and the second incorporates elements of the president’s American Jobs and Families Plan. The second track is something we must support even if it doesn’t get any Republican support.”

Biden originally proposed a more than $2 trillion infrastructure and jobs plan, in addition to a separate proposal of near similar size on education, child care and paid leave.

“For several weeks, the trains have been chugging down both tracks quite well,” Schumer added. “When the Senate returns after the July 4th state work period, it will be time to take the next step forward.”

Schumer and House Speaker Nancy Pelosi, D-Calif., were planning on meeting with White House aides Wednesday evening to discuss the latest on infrastructure.