A photo of 92-year-old Hilda Noriega with her late husband and baby and birthday cards given by her prayer-group friends just two weeks ago were found by her family among the heaps of rubble and twisted metal that was once the south wing of the Champlain Towers in Surfside, Florida, north of Miami Beach.

“There was a message in the mess of all this,” her grandson Mike Noriega, 36, said. “It means not to give up hope. To have faith.”

Noriega and his father rushed to the scene of the disaster after news spread that part of the building had inexplicably collapsed in the predawn hours of Thursday morning.

Hilda Noriega lived on the sixth floor of the 12-story building and was among 156 people who remained unaccounted for as rescuers search relentlessly through the debris for signs of life. Her son, Carlos Noriega, police chief of nearby North Bay Village, is among the searchers.

By Saturday evening, officials had raised the death toll to five people, four of whom were identified as Stacie Dawn Fang, 54; Antonio Lozano, 83, and Gladys Lozano, 79; and Manuel LaFont, 54.

FLORIDA GOV. DESANTIS: MIAMI SISTER BUILDING OF COLLAPSED CONDO  MAY HAVE TO BE EVACUATED

Mike Noriega said he spoke to his grandmother the day before the collapse. 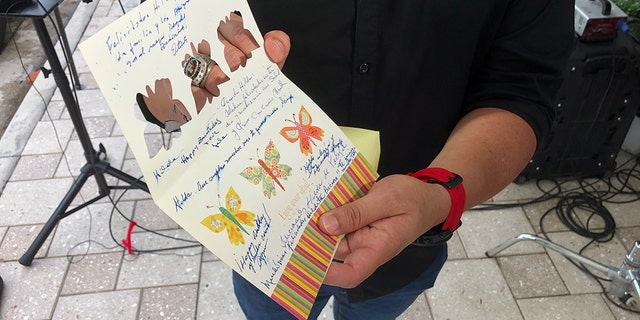 Mike Noriega shows a birthday card, Saturday, June 26, 2021, in Surfside, Fla., relatives sent to his grandmother, Hilda Noriega, two weeks ago for her 92nd birthday. Hilda Noriega lives on the sixth floor of the Miami building that collapsed. (Associated Press)

Noriega had lived in the building for more than 20 years but after her husband died six years ago she decided to sell the condo and had planned to move in with family.

“She wanted to spend more time with her family and grandchildren,” Sally Noriega said.

Two people who were at a briefing for the families on  Saturday said on condition of anonymity that some families who were frustrated with the slow pace of recovery efforts had demanded they be allowed to go to the scene and attempt a collective shout — an attempt as much to find survivors as a cathartic farewell to those who had died. 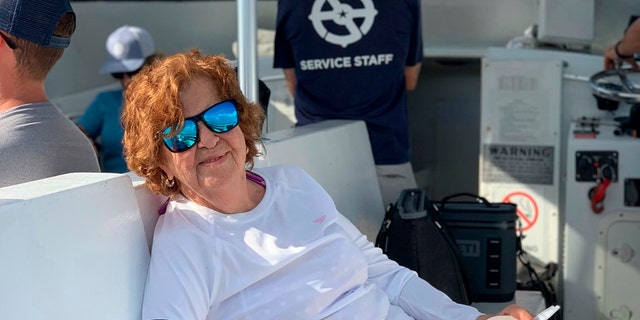 This photo provided by Sally Noriega shows Hilda Noriega.  More than 150 people remained unaccounted for as rescuers continued to dig through the rubble of the Champlain Towers South in Surfside, Fla., on Saturday, June 26, 2021. Noriega had called Champlain Towers home for more than 20 years. (Associated Press)

“Our top priority continues to be search-and-rescue and saving any lives that we can,” Miami-Dade Mayor Daniella Levine Cava said in Saturday evening press briefing.

No official cause of the collapse has been given, but a 2018 engineering report said the building, which was built in 1981, had “major structural damage” to a concrete slab below its pool deck that needed extensive repairs.

CLCIK HERE TO GET THE FOX NEWS APP

But Surfside Mayor Charles Burkett late Saturday said a city official had led a cursory review of the nearby Champlain Towers North and Champlain Towers East buildings but “didn’t find anything out of the ordinary.”

Sally Noriega said their family is one of strong faith.

“Some miracles are very big, others are small,” Mike Noriega echoed.