Disney is postponing its upcoming “simulation” cruise that was preparing to set sail on Tuesday.

The Centers for Disease Control and Prevention gave the go-ahead earlier this month for the 2,500-passenger Disney Dream to run a two-night trial run from June 29 through July 1 out of Port Canaveral.

However, the move is now being delayed due to “a small number of inconsistent COVID-19 test results, which are considered positive by the CDC,” according to a Disney Cruise Line spokesperson.

“The rigorous health and safety protocols we have in place helped us identify the situation, though the test results were ultimately negative,” the spokesperson told FOX Business in a statement.

Disney is now aiming to launch the test cruise in July, pending approvals.

The federal government is allowing cruises to resume as long as nearly all passengers and crew are vaccinated against COVID-19. Republican Florida Gov. Ron DeSantis recently signed a bill banning business from requiring proof of vaccination, so cruise lines must prove the effectiveness of their COVID-19 safety protocols on test cruises. 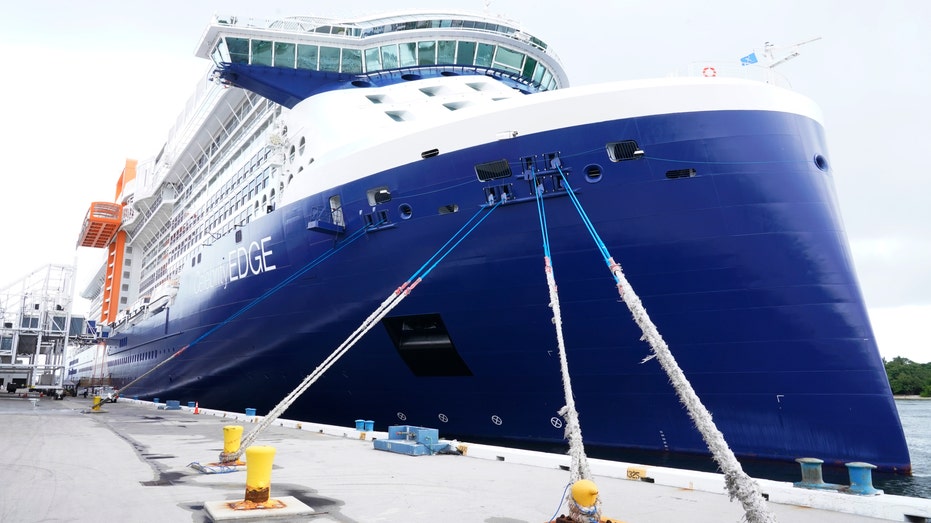 The Celebrity Edge is moored at Port Everglades, Saturday, June 26, 2021, in Fort Lauderdale, Fla. Celebrity Edge is the first cruise ship to leave a U.S. port since the coronavirus pandemic brought the industry to a 15-month standstill. The seven-ni

On Saturday, the Celebrity Edge departed Fort Lauderdale, Florida, becoming the first cruise ship to leave a U.S. port in 15 months. Celebrity Cruises, one of Royal Caribbean Cruise’s brands, said 99% of the passengers on board were vaccinated, well over the 95% requirement imposed by the CDC. The seven-night cruise is sailing at 40% capacity.

Royal Caribbean’s official comeback is set to begin on July 2, when Freedom of the Seas is set to kick off three- and four-night Bahamas and Perfect Day at CocoCay sailings from Miami.

Royal Caribbean also noted that “there will be venues and events restricted to vaccinated guests only.” The company previously said that it expects about 90% of Florida passengers to be vaccinated by the time ships start sailing in July.

Meanwhile, Carnival Cruise Line’s comeback will kickoff with its Vista cruise ship, which will begin sailing from Galveston to the western Caribbean starting July 3. Carnival CEO Arnold Donald told “The Claman Countdown” on Friday that demand for its cruises is outpacing supply.

“Honestly, people are chomping at the bit to cruise again,” Donald said. “We do not have an issue with being able to fill the ships. People are ready to sail and they know the long history of the cruise industry.”

According to Donald, Carnival continued cruises in Europe during the pandemic prior to vaccines becoming available, but limited the capacity of the ships to allow for social distancing. He noted that of the 400,000 or so guests that sailed Carnival lines abroad during the pandemic, there were less than 50 coronavirus cases on board the ships.

Carnival Corporation reported losing $2.1 billion during the second quarter due to pandemic shutdowns but saw booking volumes for future cruises jump 45% from the previous quarter. Meanwhile, cumulative bookings for 2022 are already ahead of bookings from 2019, which was a strong year. Carnival says 42 ships equating to more than half its fleet spanning nine brands have either resumed sailing or have announced that they will by the end of November.