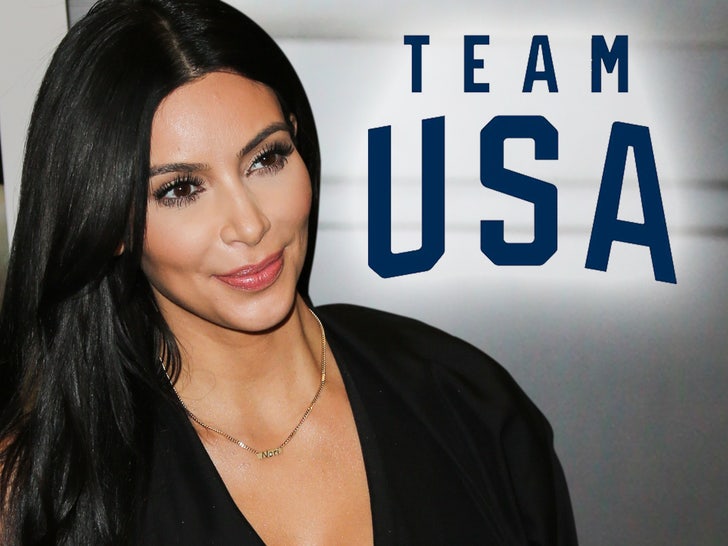 Kim Kardashian‘s undergarment line, SKIMS, will be officially repping the U.S. on the biggest stage … as the gear American athletes will rock in their downtime.

The big news came out Monday when Kim posted photos of Olympians already decked out in SKIMS-inspired products with “Team USA” emblazoned across the front and sides. She has quite a story about how this came about, too.

Kim first discussed her ties to the Olympics, and how she grew up with the games as a big part of her life — thanks, in large part, to her stepdad, Caitlyn Jenner, who used to compete (and win) when she was growing up. So, in other words … she already has an Olympic pedigree.

Waiting for your permission to load the Instagram Media.

Of the deal itself, she writes, “When I received the call inviting Skims to be a part of @TeamUSA, every moment I’ve spent admiring the strength and energy of the Olympians from the sidelines came full circle” — going on to explain SKIMS will design the underwear, loungewear and pajamas worn during the Tokyo Games … which is huge, obviously.

Kim also shouted out the athletes who posed for this campaign … including Alex Morgan, Dalilah Muhammad, A’ja Wilson, Scout Bassett, Haley Anderson and others.

So far, Kim’s only posted female athletes in SKIMS attire, and her brand really only focuses on women. But, who knows … maybe she’ll use the opportunity to whip up something for the guys. Men lounge too, ya know!