Anissa Weier, pictured in 2017, one of two Wisconsin girls who tried to kill a classmate to win favor with a fictional horror character named Slender Man, has been ordered released by a judge. 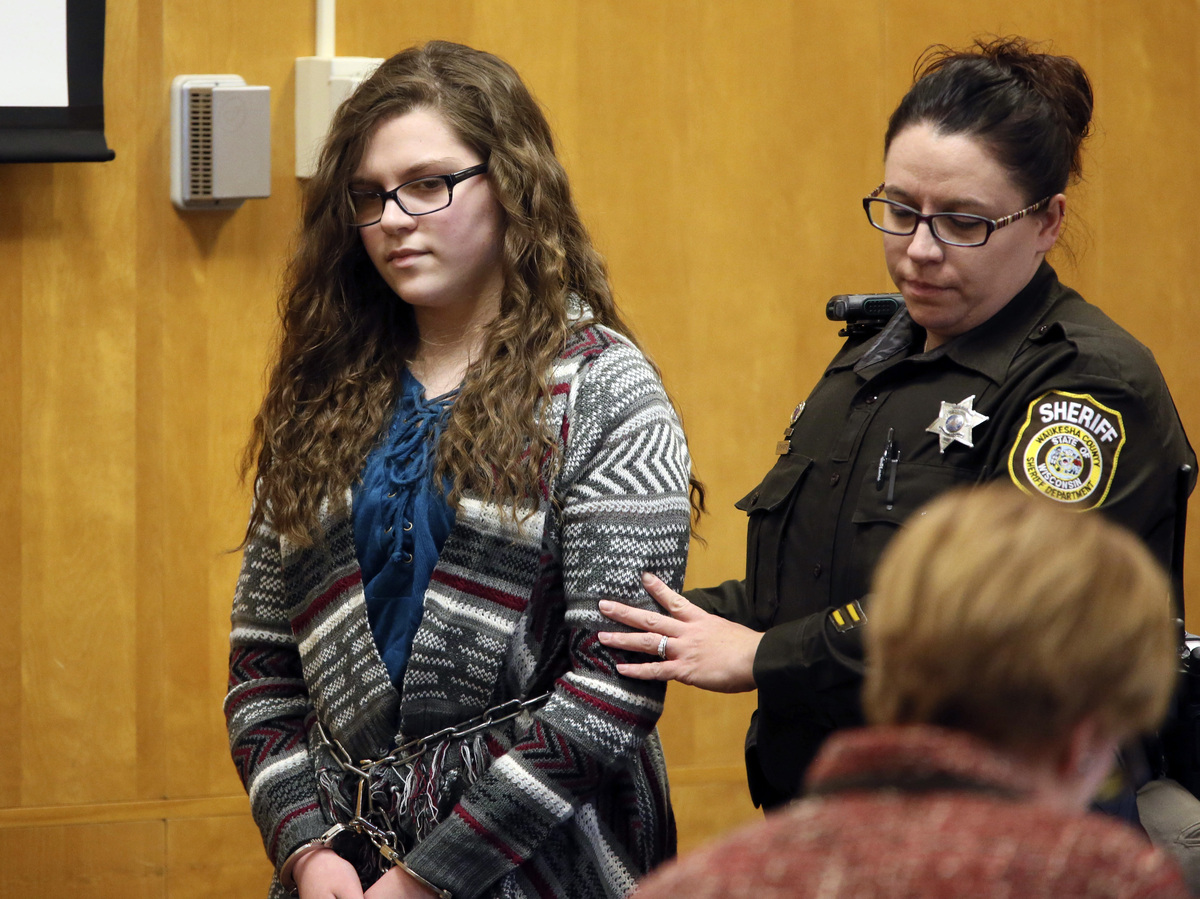 Anissa Weier, pictured in 2017, one of two Wisconsin girls who tried to kill a classmate to win favor with a fictional horror character named Slender Man, has been ordered released by a judge.

MADISON, Wis. — A Wisconsin judge on Thursday ordered the release of a woman who has spent 3 1/2 years in a state mental health facility after being convicted of stabbing her classmate to please the Slender Man character.

Anissa Weier, 19, was sentenced to 25 years at the Winnebago Mental Health Institute in December 2017. She argued in a petition for conditional release that she’s no longer a threat to anyone.

She won’t be allowed to go free immediately, however. Waukesha County Judge Michael Bohren gave state officials 60 days to draw up a conditional release plan and sent Weier back to the mental hospital pending another hearing on Sept. 10.

In addition to the conditions of release, Weier will be assigned state Department of Health Services case managers to track her progress until she’s 37 years old, the length of her commitment.

The May 2014 stabbing happened after Weier and friend Morgan Geyser lured classmate Payton Leutner into the woods at a Waukesha park following a sleepover. Geyser stabbed Leutner multiple times as Weier encouraged Geyser to inflict the injuries. All three girls were 12 years old at the time.

Weier and Geyser left Leutner for dead, but she crawled out of the woods and was found by a passing bicyclist. She suffered 19 stab wounds and barely survived.

Weier and Geyser told investigators they stabbed Leutner because they thought Slender Man was real. They said they thought attacking her would make them his servants and keep him from killing their families. Bohren sentenced Geyser in February 2018 to 40 years in a mental health facility.

When Weier petitioned Bohren for conditional release in March, she said she had exhausted all her treatment options at Winnebago and she needed to rejoin society. Prosecutors countered that Weier remains dangerous and will have a hard time making friends, which could lead her to associate with mentally disturbed people.

Asked via email for comment on Weier’s reaction to the judge’s decision, her attorney, Maura McMahon, said only that Weier was led out of the courtroom “pretty quickly.”