Tropical Storm Elsa made landfall in Western Cuba Monday afternoon as it barreled toward Florida.

Heavy rain from the storm will hit Cuba and the Cayman Islands through Monday night, which the National Hurricane Center warned could cause significant mudslides in Cuba. 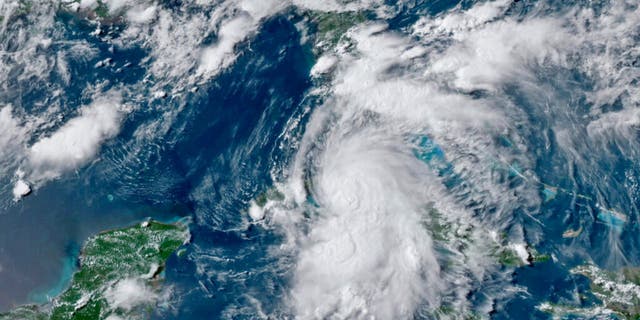 Two deaths were reported in the Dominican Republic and one in St. Lucia from the storm, which had been a Category 1 hurricane, and Cuba had evacuated 180,000 people by Sunday, The Associated Press reported. However, the worst of the tropical storm missed Havana and it was mainly affecting rural areas with sustained winds of 50 mph.

The storm is expected to batter Central and Western Cuba overnight before it continues to parts of the Florida Keys and Florida’s Gulf Coast Tuesday and Wednesday.

The National Weather Service (NWS) issued a Tropical Storm Warning up to the Ochlockonee River and a Storm Surge Warming from Bonita Beach to the Aucilla River.

Florida Gov. Ron DeSantis warned in a tweet on Sunday that “All Floridians should prepare for the possibility of heavy rain, flooding and potential power outages.”

“Now is the time to restock your supplies and review your hurricane plan,” he added.

NWS meteorologists have predicted Elsa will turn east over Northern Florida, and they advised parts of the coast along Georgia and the Carolinas could also face tropical storm conditions on Wednesday and Thursday.