Fresh evidence is emerging of the GOP’s strategy of mayhem heading into next year’s midterm elections under the defining influence of Donald Trump.

The latest churn in the GOP circus is confirming the party, in the House at least, as almost exclusively a force of grievance and spectacle in Trump’s image, rather than a serious legislating force or even conventional opposition. The impression was already fostered by House Republicans’ efforts to shield the ex-President and rewrite history over the mob assault on Congress by his supporters.

This deepening reality is likely to ensure a brutal period in Washington ahead of next year’s midterms and confirm the truism that in t
he country’s current estrangement, there is almost no window for serious governing between elections. The partisanship at all costs could be especially perilous in a coming fight later this year over raising the government’s borrowing limit that could put the national credit rating at risk.

A challenge and an opening for Biden

The tumult in the House — which is only exacerbating the boiling rage stirred among Trump voters by his election fraud lies — poses both challenges and openings for Biden’s administration. It also could influence the climate in which moderate Republican senators are trying to work with the White House
to pass a bipartisan infrastructure deal.

Against the raging inferno in the conservative half of the country, Biden is conducting a remarkably conventional presidency, trying to restore traditional expectations of the office crushed by Trump.

He forged an infrastructure deal. He’s made several recent visits to swing districts in swing states
to push his agenda and the Covid-19 vaccine rollout. And he’s targeting the political center ground in the suburbs that got him elected — even to the frustration of his liberal allies. 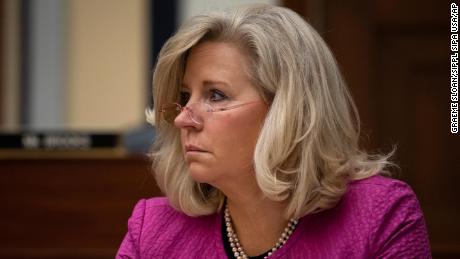 So far it’s working for the President. A new
Washington Post/ABC News poll put his approval rating at 50%, a decent return given the nation’s polarization. And 60% of Americans approved of his pandemic management.

Worsening signs of extremism by House Republicans could play into the President’s self-styling as a moderate voice for national unity and common ground — underscored again by his appeals for Americans to buckle down together to eradicate Covid-19 during the Independence Day weekend. They could also scare off moderate voters who, along with African Americans, were critical to him winning last November.

But the GOPs radicalism might also embolden progressives who think him naive to try to work with Republicans. And with the GOP favored to win the House next year, given history’s frequent curse of first-term presidents in midterm elections, Biden will face fresh pressure to convince moderate Democrats to abolish
the Senate filibuster in order to enable an expansive liberal agenda.

Chaos and obstruction may reign

The Republican Party’s policy of obstruction in the House came into closer focus on Wednesday in a video that depicts Roy relishing the controversy over a multitrillion-dollar spending bill that Democrats want to pass alongside the infrastructure measure in order to coax progressives to vote for the compromise.

“I actually say, thank the Lord. Eighteen more months of chaos and the inability to get stuff done. That’s what we want,” Roy is heard saying on the video distributed by a Democratic activist.

The comments dismayed traditionalists — and likely those Americans who believe members of Congress are sent to Washington to do the people’s business. Yet they are hardly surprising, since they mirror other rhetoric by senior Republicans — including Senate Minority Leader Mitch McConnell of Kentucky — about their desire to thwart Biden’s presidency.

Sure, the disclosure is coming at a time of national crisis with
600,000 Americans dead in a pandemic that has yet to be defeated and that might be mitigated with unity. But it can’t come as a surprise to anyone who watched the civic splintering in Washington and the GOP’s full-on embrace of Trump’s politics of grievance and destruction.

Roy’s response to the controversy was instructive. He doubled down in a combative statement, saying he would “fight with every ounce of my being to stop the radical left — and weak Republicans” to help achieve a GOP victory in the midterms. His welcoming of the fight reflected that it may help Roy, who while a staunch conservative has not always pleased Trump and could face a primary challenge from an opponent loyal to the former President.

In itself, the Texas congressman is not doing anything out of bounds. It’s perfectly legitimate for an elected member of Congress to try to block the successes of an opposition majority and president. Fighting liberal legislation on taxes, social policy and in other areas is likely exactly what Roy’s constituents had in mind when they sent him to Washington.

Still, the sole aspiration of thwarting governance does offer a damning commentary of the country’s fractured politics.

McCarthy, since walking back his initial criticism of Trump over the Capitol insurrection, has anchored his midterm election strategy
on the former President. Viewed in isolation, it’s a probably a smart bet. Blanket opposition by House Republicans puts extreme pressure on House Speaker Nancy Pelosi to maintain her very thin majority for significant legislation in a party that is itself split between more moderate Democrats and activist progressives on the left. Still, it’s possible
that some Republicans could peel off, even in the House, and back the infrastructure stand-alone package.

Republicans already have an advantage in November 2022 because of redistricting that is likely to give them a handful of safe seats. And the key to winning will be stoking fury among Trump’s base to ensure a strong GOP turnout. 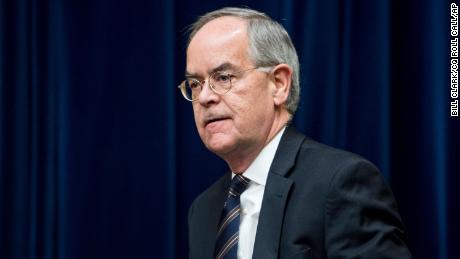 So McCarthy’s tactics might be politically shrewd, though they will dismay old-school conservatives wedded to the party’s previous values. After all, the GOP once claimed to have made the world safe for democracy by winning a Cold War against communism.

McCarthy’s tolerance for Greene, however, is beyond transactional and is a sinister tale of the GOP’s modern character.

The Trump-supporting first-term lawmaker and conspiracy theorist caused new outrage with a tweet that compared the Biden administration’s teams offering vaccinations to Nazi-era “brown shirts” militia who helped pave Adolf Hitler’s rise to power. The fresh outburst of offensive, anti-Semitic rhetoric from Greene underscored the impunity with which the GOP regards political extremism after allowing itself to become a channel for White nationalist sentiment during Trump’s presidency. And it came only weeks
after a visit to the Holocaust Museum in Washington prompted Greene to apologize for comparing mask wearing to the Nazi pogrom against Jews.

CNN reported on Wednesday that McCarthy is working out how to staff Republican spots on the House Select Committee on the insurrection. While he is contemplating placing Trump allies on the panel — who would be able to politicize and disrupt its hearings — some allies believe he should also choose a more pragmatic voice, perhaps including a lawmaker who voted to certify the 2020 presidential election, CNN’s Melanie Zanona reported.

But there is no doubting the House minority leader’s wish to play to a radical crowd. On Wednesday afternoon he issued a statement offering the credibility of his office to Carlson’s claims that he was being spied upon the National Security Agency on the orders of the Biden administration, for which the bombastic TV host has not produced any evidence.

“Our liberties are preserved by the Constitution, the document creating the freest country in the world,” McCarthy said in a statement lent irony by his unwillingness to censure Trump’s continuing assault on US founding values.

It was yet another moment when it was hard to identify the dividing line between the Republican Party and conservative propaganda media.