3:09 PM PT — Despite seeming quite gloomy after the match, the Duke and Duchess proved to be good sports after their team lost — taking to Twitter with a somewhat positive message.

Heartbreaking. Congratulations @Azzurri on a great victory.
@England, you’ve all come so far, but sadly this time it wasn’t our day. You can all hold your heads high, and be so proud of yourselves — I know there’s more to come. W

They (but mostly Will) write, “Heartbreaking. Congratulations @Azzurri on a great victory. @England, you’ve all come so far, but sadly this time it wasn’t our day.  You can all hold your heads high, and be so proud of yourselves — I know there’s more to come. W.”

2:59 PM PT — Heartbreak in England … the team just lost the Euro 2020 Final to Italy in penalty kicks — this AFTER their goalie made an incredible save to give them one last fighting chance.

And, like many others … the Royals looked none too pleased. Sorry, Georgie boy. 😭

Prince George is just like any other English person around the world right now — cheering on his national team at the UEFA 2020 Final … and freaking out when they scored early.

The 7-year-old son of the Duke and Duchess of Cambridge was shoulder-to-shoulder Sunday at Wembley Stadium in London … where England was facing off against Italy for the last match of the tournament, in which all the European national teams competed for the gold.

His pops, Prince William, was seen showing his boy the ins and outs of the game … at one point crouching down to Georgie’s level and pointing out what was down on the pitch below.

George seemed quite attentive throughout — but when England scored first in the opening few minutes of the match … and he and his old man celebrated together in what made for an awesome (and viral) moment that most of the UK noticed with glee.

So, yeah … the kid’s a big fan of the game. And, although he probably has his folks (and entire national heritage) to thank for that … some are also giving big ups to his great-grandfather, the late Prince Philip — who was a HUGE sports fan, especially for English football. 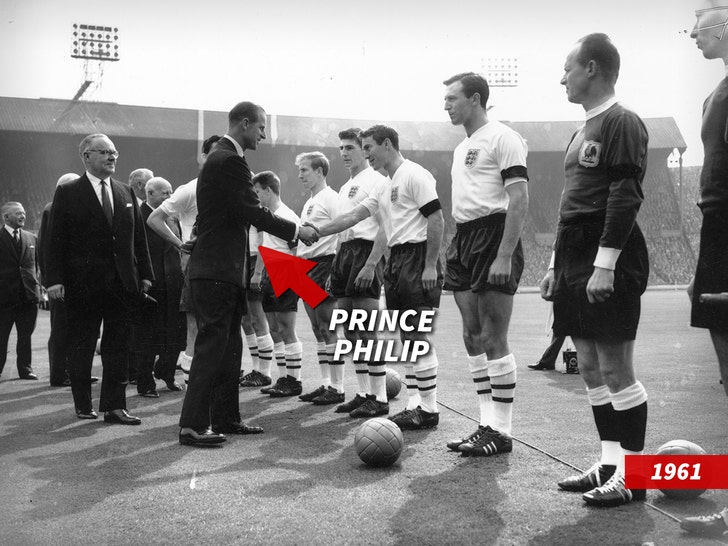 The Duke of Edinburgh — who died earlier this year at the age of 99 — famously visited Wembley himself waaay back in the day … and actually greeted the national England team in person, shaking the players’ hands on the field, and no doubt enjoying himself too.

Some are joking that Prince George might just be Prince Philip reincarnated — and by the looks of how excited he is right now watching this … they may just be right.

Italy are back in this final!! pic.twitter.com/7lBvKnDUr3

Sweet moment for the Royal Family. BTW, it’s 1-1 now — Italy tied it up, and there’s only a few minutes left in regulation. Don’t let George down, Team England!!!