Latest News
Home /Besieged on a Taliban-made island, Kandahars residents see no way out as militants advance ever closer – CNN

Dust coats the chairs where the guests would normally sit. Instead of the chatter of celebration, gun shots crack through the air. Glass is pockmarked with bullet holes.

Only 50 yards from the wedding hall, according to Afghan soldiers, Taliban snipers hidden in civilian homes are firing night and day. A Taliban flag is visible on a nearby mountain top.

As Afghan forces fight to maintain control, this city of close to half a million people is almost entirely cut off from the rest of the country.

Kandahari MP Gul Ahmad Kamin, hunkered down in a villa on the city’s eastern outskirts, told CNN the situation had deteriorated badly over the past four weeks, with the Taliban pushing in on all sides.

“We are an island,” he joked, “a Taliban-made island.”

The only way to leave the city currently is along a 20-kilometer (12-mile) road to the airport and then on a flight out. If the Afghan army loses control of the road, the city will be completely cut off. Last week rockets hit the airport runway.

According to Kamin, 15 of southern Kandahar province’s 17 districts are now under Taliban control, with about a quarter of the provincial capital’s territory also in the Taliban’s hands. 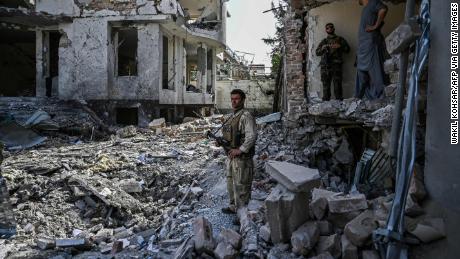 Elsewhere, Taliban forces are
threatening other provincial capitals including Herat and Lashkar Gah. The
city of Zaranj, near the Iranian border, became the first provincial capital to fall into Taliban control on Friday, according to a government source and multiple videos from the city.

The country’s swift descent into violence following the withdrawal of US and NATO troops supporting the government has shocked many. There are fears even the national capital, Kabul, could fall.

Of Afghanistan’s 34 provincial capitals, Kandahar city is of particular strategic importance. Sitting in the south of the country, it lies on the junction of the highways from Kabul in the northeast, the city of Herat in the northwest and Quetta in Pakistan, to the south.

The Taliban are intent on taking Kandahar, the Islamist fundamentalist group’s birthplace. Meanwhile, the government knows it cannot afford to lose it. 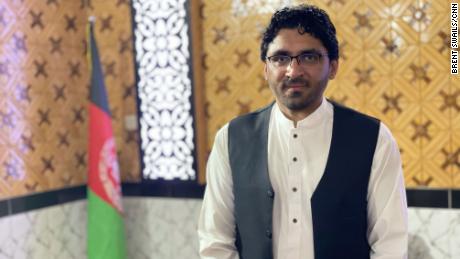 “Around the city of Kandahar a very heavy war is started where from four sides of the city, every minute there are many attacks from the Taliban side and the government is trying to [defend] the city,” Kamin said.

“At night when you’re sitting with your children and you cannot sleep because of the bombardment … and every second, something may happen, someone may enter your home, someone may shoot or from [the] sky a bomb will come and destroy you,” the lawmaker added.

“People in this city are waiting for when they will be killed, when will someone will kill them, when their home will be destroyed and it is happening every minute.”

Afghan commandos who took CNN to their base by the deserted wedding hall say the Taliban snipers’ concealment in civilian homes makes it harder to root them out.

“We cannot use, you know, the big weapons, heavy weapons, for the civilian life,” one soldier told CNN.

Following the withdrawal of almost all US forces,
American airstrikes in support of Afghan forces can no longer be counted on except in emergencies.

“We feel a little bit weak without US airstrikes and ground support and equipment,” said Maj. Habibullah Shaheen. “But this is our soil and we have to defend it.” 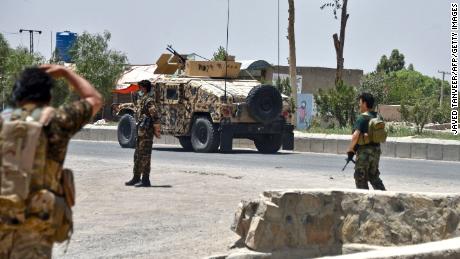 Amid the fear and confusion, there is nowhere to go to escape the Taliban threat.

“You cannot leave Kandahar because all roads which are connected with the other neighboring provinces are also under their control. So there is only two options — do or die,” Kamin said.

For the lawmaker, “do” means “to convince different sides to cease fire, to work on peace, to convince them to not fight, not to kill,” he said.

But the prospects for peace are not promising. While US-backed
negotiations between the Afghan government and the Taliban continue, experts say the latter wants full control of Afghanistan and will continue to seek leverage for that goal on the battlefield.
The vast majority of the
Taliban’s territorial gains have come since the United States withdrawal of forces began in May, after President Joe Biden’s announcement that all US combat forces would leave Afghanistan by the end of August.

The Pentagon has said about 95% of US troops have already left, with the Taliban rapidly expanding their presence to large swaths of country.

During the day, a tense calm presides over Kandahar city. The fighting has now become a part of everyday life.

Markets are open and cars move through the streets, although one baker said even sales of bread had gone way down since the violence skyrocketed.

“It’s the most important thing in life but still we aren’t selling — even us,” he said. 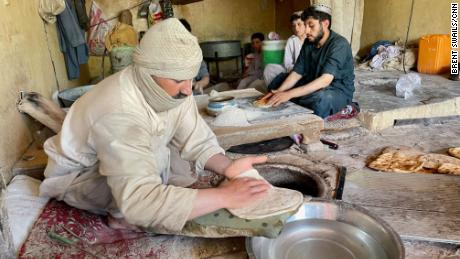 Afghanistan — and Kandahar in particular — is no stranger to war. The city served as headquarters to the Taliban from their emergence from the wreckage of the civil war in the 1990s until they were overthrown in 2001.

But all those who spoke to CNN said they had never seen the fighting like this. An
International Committee of the Red Cross (ICRC) report released last month said Mirwais Regional Hospital in Kandahar had treated 2,366 weapon-wounded patients in the first six months of this year, more than double the number of patients during the first six months of last year.

Nationwide, the ICRC helped provide treatment and care to more than 49,500 people injured in conflict in the first six months of this year.

As the violence escalates, many have fled in search of safety. An estimated 294,000 people have been forced from their homes since January, the United Nations Refugee Agency reported on July 21, bringing the total internally displaced to more than 3.5 million.

More than 10,000 people are now displaced in Kandahar city, according to the UN.

On the outskirts of the city, some 30 families have sought shelter in a makeshift camp in a dingy construction site on a roundabout. 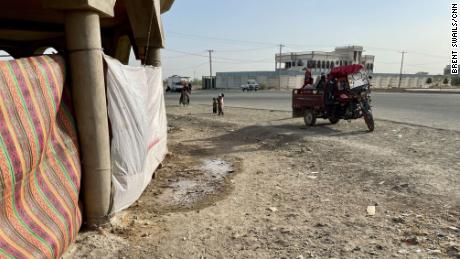 Among the latest arrivals were street vendor Mahmad Ismael and his family of eight, who climbed out of a tuk-tuk. They had just come from the village of Malajad, five miles away, where an hour earlier a massive airstrike had hit two shops in the market where Ismael works selling second-hand clothing.

The village has been caught up in heavy fighting between Taliban and Afghan forces in recent days, with homemade bombs and gunfire claiming lives. The airstrike was the final straw.

“Three dead bodies were rotting outside our home for three days, but it was too dangerous to get them. The Taliban is attacking on one side. The government is attacking the other side. In the middle we are just losing,” Ismael said.

“We just want peace. We need peace. We don’t care who’s the ruler … People said that when America withdraws there would be peace in Afghanistan but then they withdrew and the war got worse.” 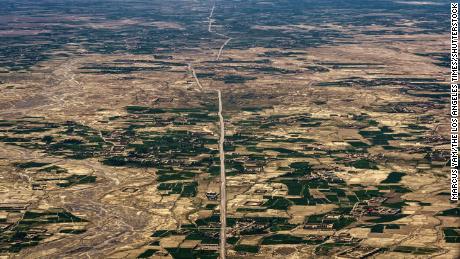 Conditions in the makeshift camp are awful. There is no toilet. A baby screams constantly as we walk around. One of the men explains that the baby is sick. He nods to three other boys sitting on mats looking listless.

Rubbina, a 35-year-old seamstress who gave only her first name, sits quietly with her two daughters. Her husband was shot three weeks ago, leaving her alone with the two children. She is petrified of what the future will bring.

“Every night we hear the fighting … Last night I didn’t sleep all night and the fear was in my heart,” she told CNN. “I hope that God will have mercy on us and that someone will help us get back to our home.”

At 6 p.m. the cell phone network is shut off and the streets quickly empty. This is the time the fighting normally starts.

As darkness falls, the sounds of war can be heard in the city center. Tracer fire lights up the night sky and the call to evening prayer is punctuated by gunfire and sporadic thuds of artillery.

The Taliban seem to be increasing their control in Kandahar. But lawmaker Kamin is still hopeful that Afghan forces can turn it around and he said he has no plans to leave his home.

Ismael, the street vendor, was more cynical. “There’s no hope for us as long as the war continues,” he said.