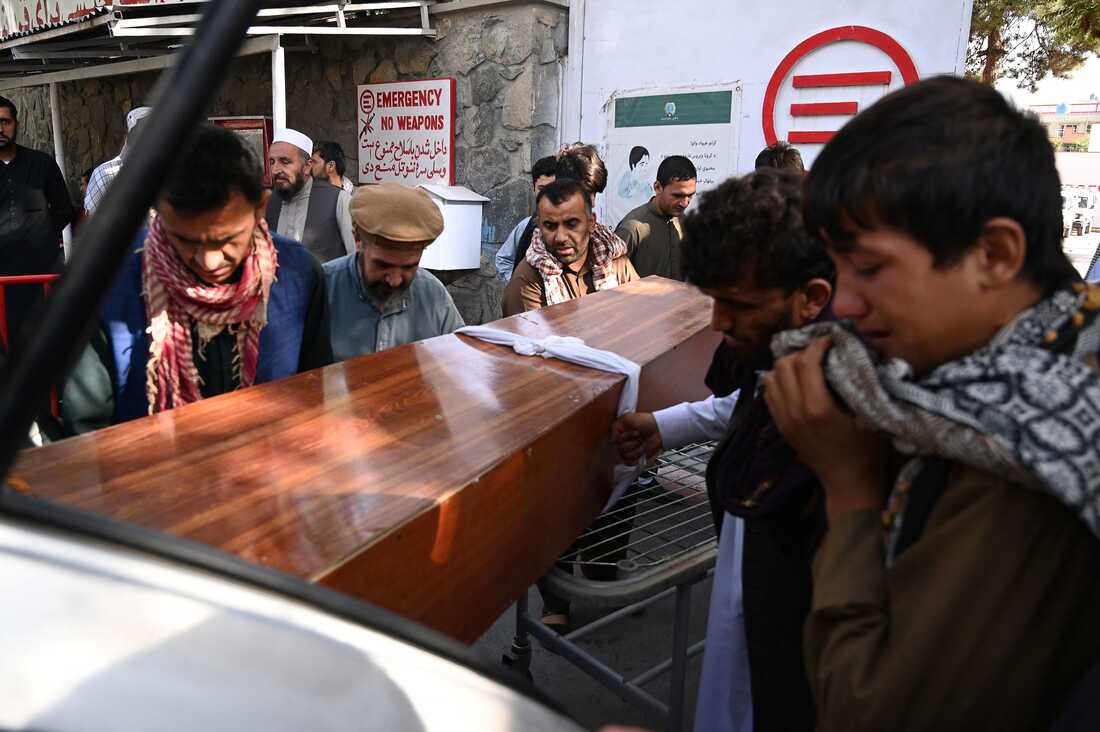 Relatives load the coffin of a victim of the Kabul explosions into a car Friday at a hospital run by the Italian nongovernmental organization Emergency. 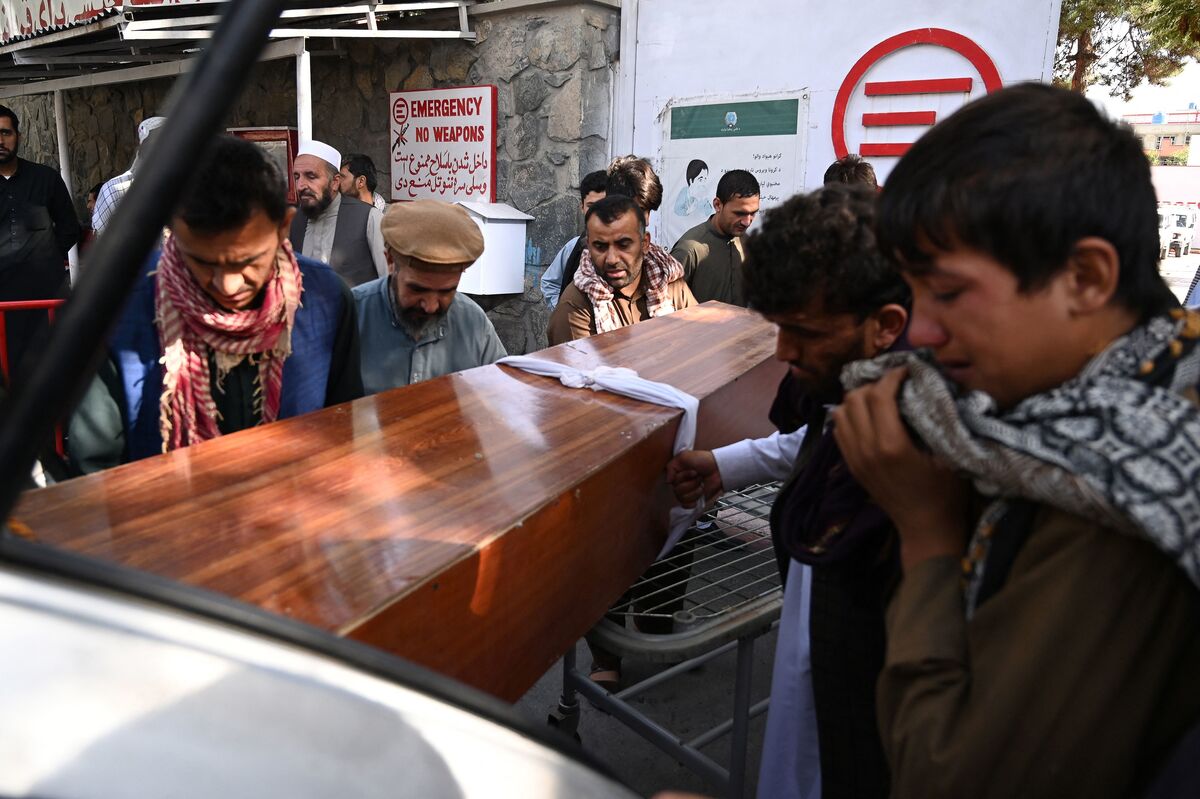 Relatives load the coffin of a victim of the Kabul explosions into a car Friday at a hospital run by the Italian nongovernmental organization Emergency.

The massive evacuation effort in Afghanistan continues, after Thursday’s attack at the Kabul airport left 13 U.S. troops dead. Two officials, who spoke on the condition of anonymity, told The Associated Press on Friday that 169 Afghans had died, but a final count might take more time.

Here are the latest details:

There was one suicide bomber, not two, officials say

Maj. Gen. Hank Taylor said during a Pentagon briefing Friday that there was just one suicide bomber in Thursday’s attack in Kabul. There was not a second bomber at the nearby Baron Hotel, as the Pentagon previously said.

Two military flights have arrived at Ramstein Air Base in Germany with the Americans wounded in the attacks.

The crowds at the airport hoping to board a flight out of the country “appeared as large as ever” Friday morning, according to the AP.

People continued to amass at the perimeter around the Kabul airport despite the ongoing threat posed by ISIS-K, the Islamic State affiliate that reportedly took responsibility for Thursday’s attacks, Charlotte Bellis, a journalist with Al-Jazeera, told NPR’s Morning Edition.

“Those that are around the perimeter say, ‘We know there could be attacks today also but still come because it’s a risk we’re willing to take,’ ” she said.

Bellis also visited a Kabul hospital Friday morning, reporting that the scene was “heartbreaking” and that people were in “shock” after the attacks.

The White House said about 12,500 people were evacuated from Kabul in the 24 hours ending at 3 a.m. ET Friday, bringing the total number evacuated from Afghanistan to 111,000, including 5,100 US. citizens.

Taylor said the military will keep processing those with proper credentials — U.S. citizens, green card holders, those with Afghan special immigrant visas. The U.S. will keep evacuating them “until the very end,” he said.

This is a developing story. Some things reported by the media will later turn out to be wrong. We will focus on reports from officials and other authorities, credible news outlets and reporters who are at the scene. We will update as the situation develops.