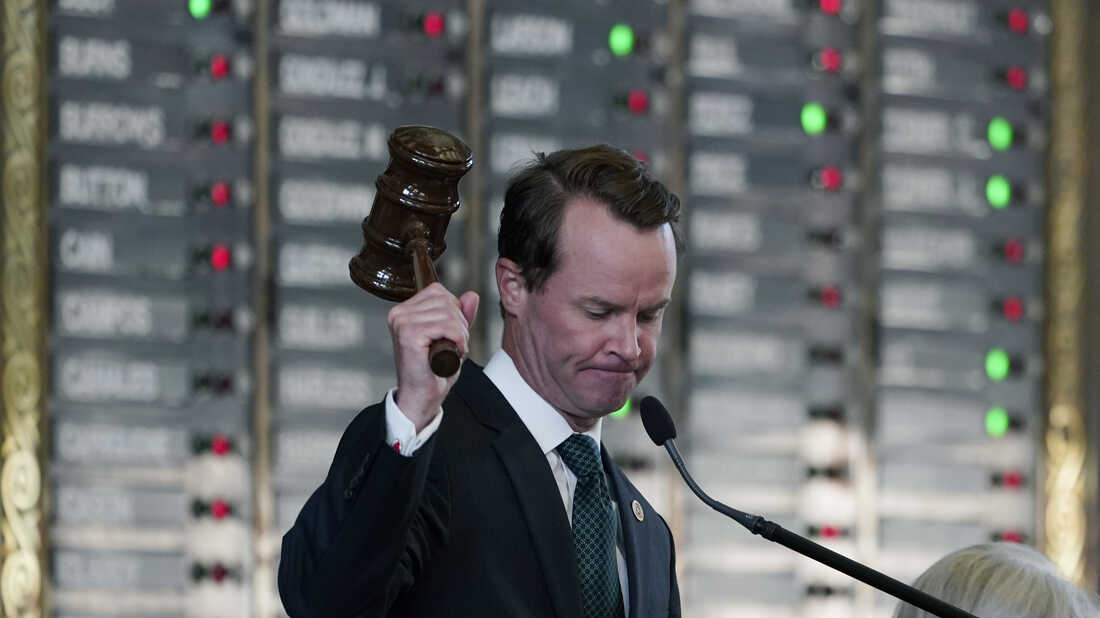 Texas Republican House Speaker Dade Phelan strikes his gavel as the House votes on an amendment to election bill SB1 on Thursday. The legislation easily passed in the GOP-led chamber. 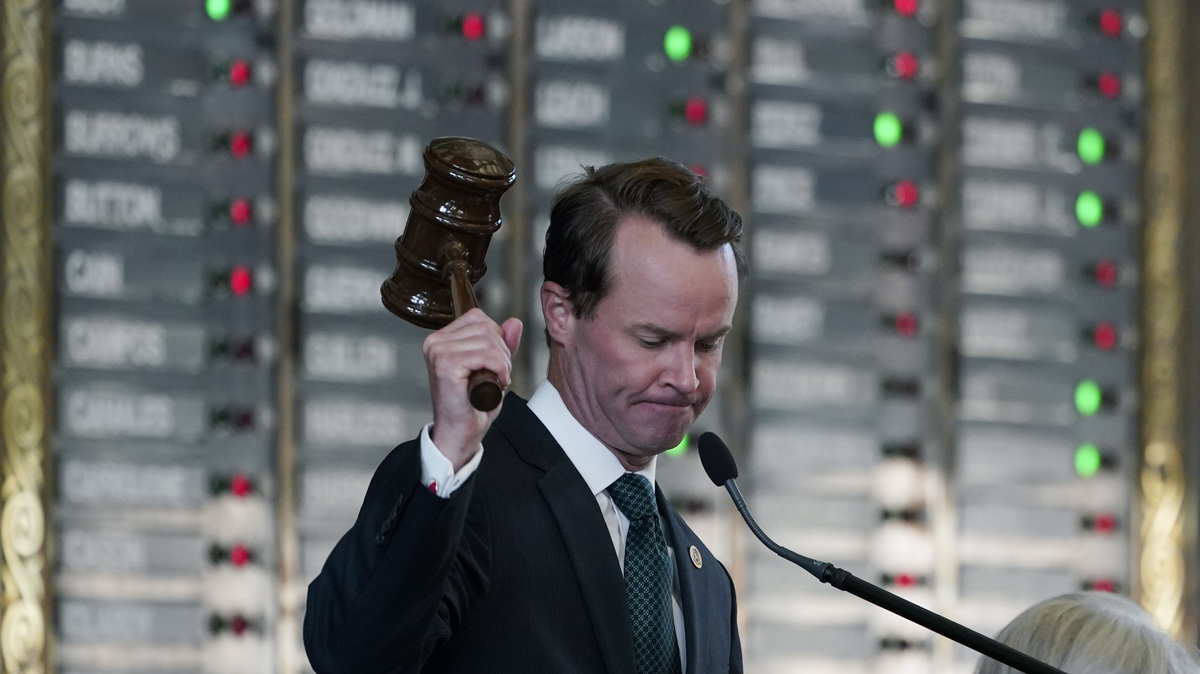 Texas Republican House Speaker Dade Phelan strikes his gavel as the House votes on an amendment to election bill SB1 on Thursday. The legislation easily passed in the GOP-led chamber.

The vote on the nearly 50-page bill, SB1, passed the Texas House 79-37 mostly on party lines and follows unprecedented efforts by Democrats to block it.

In late May, House Democrats staged a dramatic, 11th-hour walkout to stop a vote before the legislative session’s conclusion. GOP Gov. Greg Abbott then called a special session, but dozens of Democrats fled the state, infuriating Republicans and denying them a quorum to conduct business at the state Capitol. The standoff lasted 38 days, until enough Democrats returned to Austin last week, enabling GOP lawmakers to move ahead on their bill.

The Democrats had taken their fight to Washington, D.C., imploring Congress to advance federal voting protections. Those measures are stalled on Capitol Hill.

And now Texas — which already has some of the strictest voting rules in the country — is set to become the latest Republican-led state to pass new restrictions on voting and election administration in the wake of the 2020 elections.

The GOP-led state Senate has passed a similar measure. The House bill will now head to the Senate.

Harris County officials have said that voters of color made up the majority of people who took advantage of the 24-hour voting option. Separately, an ACLU of Texas report found that more than 70% of prosecutions for alleged voting crimes conducted by the state attorney general’s office have targeted Black and Latino voters.

Democrats and voting rights activists say the Texas provisions are unneeded restrictions that stem from baseless claims of election fraud by former President Donald Trump and his allies, and which would particularly harm disabled voters, voters of color and urban voters in a state with fast-changing demographics.

Republicans said their efforts are in service of “election integrity” to make it harder to cheat — though proven cases of voter or election fraud are exceedingly rare. They say the changes enacted by Harris County last year were unauthorized expansions of voting rules.

While the outcome in Texas was essentially a foregone conclusion — Republicans control the statehouse — Democrats can argue that their disruptive tactics influenced the ultimate legislation. The bill that nearly passed in late May, for instance, would have cut down on Sunday voting — a provision that one Republican state representative said was a mistake, a “scrivener’s error.”

And while the swing states that have added new voter restrictions this year have gotten more attention, more states — mostly led by Democrats — have passed into law measures that expand voting access. That includes Nevada and Illinois.