“Congress was on notice that a further extension would almost surely require new legislation, yet it failed to act in the several weeks leading up to the moratorium’s expiration,” the court wrote in an unsigned, eight-page opinion.

“If a federally imposed eviction moratorium is to continue, Congress must specifically authorize it,” the court said.

The three liberal justices dissented publicly, citing the spike in Covid-19 cases and the Delta variant. 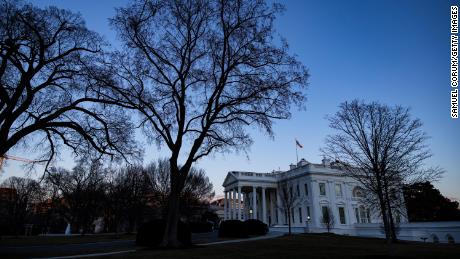 Landlord groups challenging the eviction ban pointed to a concurrence written by Justice Brett Kavanaugh when the earlier version of the moratorium was before the Supreme Court in June. Kavanaugh joined four other justices in letting the moratorium survive then, but he said he was only doing so because it was scheduled to expire on July 31 and said Congress had to act in order to extend it.

Thursday, the court pointed to the “decades-old statute” the CDC was relying on to defend the moratorium and the court said that it “strains credulity to believe that this statute grants the CDC the sweeping authority that it asserts.”

Thursday’s order in the eviction moratorium is the second time this week that the Supreme Court’s conservative majority has sided with those challenging Biden administration policies. On Tuesday, the court effectively ordered the revival of the Trump administration’s “Remain in Mexico” policy that Biden had sought to end earlier this year.

Together, the two cases previewed what will likely be years of Supreme Court actions that curtail Biden’s agenda.

Justice Stephen Breyer’s dissent blasted the court’s decision by noting the change in circumstances since the court last acted at the end of June and by comparing the injury of the landlords to that of the tenants.

“COVID-19 transmission rates have spiked in recent weeks, reaching levels that the CDC puts as high as last winter: 150,000 new cases per day,” he wrote.

Breyer also suggested that the issue should not be resolved on the emergency docket under a truncated briefing schedule — the so-called “shadow docket.”

“These questions call for considered decisionmaking, informed by full briefing and argument,” he said. “Their answers impact the health of millions. “

The White House said it was “disappointed” in the ruling.

“The Biden administration is disappointed that the Supreme Court has blocked the most recent CDC eviction moratorium while confirmed cases of the Delta variant are significant across the country,” White House press secretary Jen Psaki said Thursday night. “As a result of this ruling, families will face the painful impact of evictions, and communities across the country will face greater risk of exposure to COVID-19.”

In a brief filed with the Supreme Court on Monday, the Biden administration said the Delta variant of the coronavirus had propelled a new surge of cases in recent weeks, justifying the new extension. “The trajectory of the pandemic has since changed — unexpectedly, dramatically, and for the worse. As of August 19, 2021, the seven-day average of daily new cases is 130,926, nearly a ten-fold increase over the rate when this Court ruled” in June, the Biden administration said.

This story has been updated with comment from the White House.