The Jets turned their preseason finale against the Eagles into a thriller, as Kenny Yeboah caught a Hail Mary from James Morgan as time expired in the fourth quarter. Josh Adams converted the subsequent two-point conversion attempt to end Friday night’s action in a 31-31 tie.

The Jets opted not to play the majority of their starters after the sky. That was probably for the best after the sky opened up pregame in East Rutherford, soaking MetLife Stadium’s turf and pushing kickoff back a half hour. As such, New York’s preseason finale featured players fighting for their spot on the 53-man roster.

Here are six takeaways from Gang Green’s last game of the preseason — one the Jets survived without a loss. 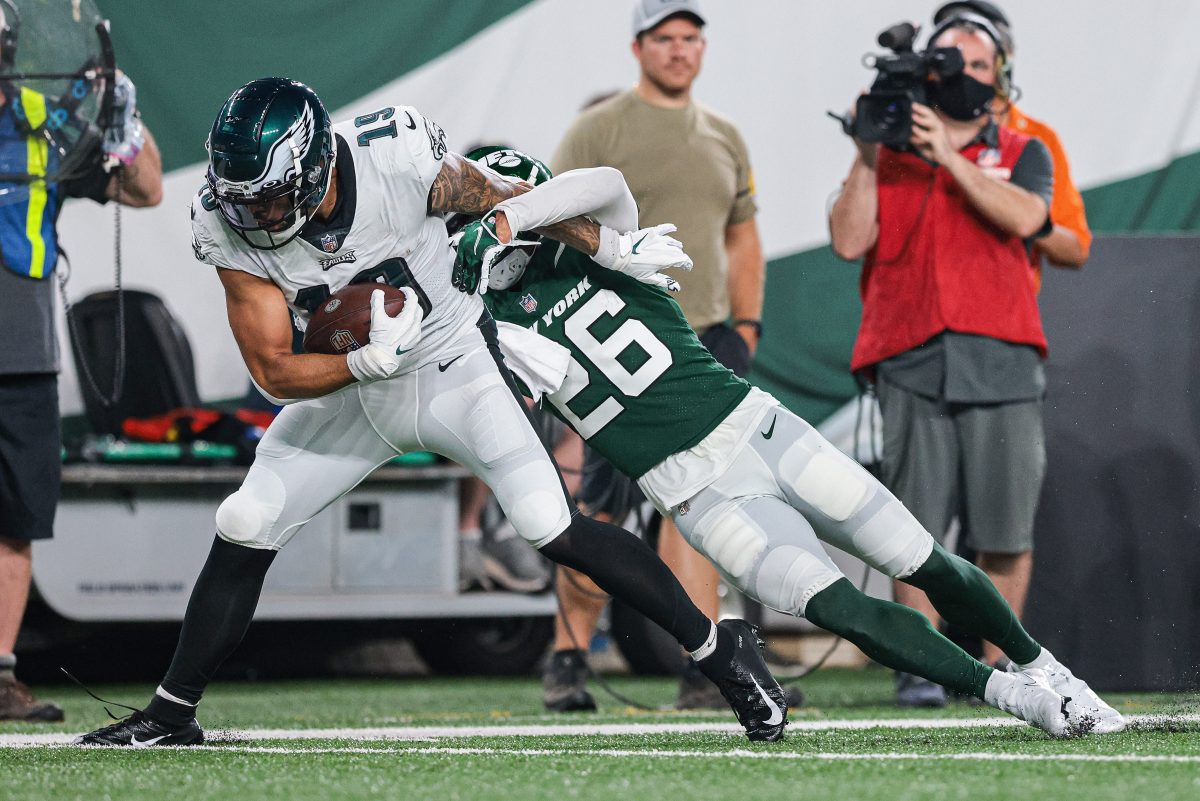 The Jets played barely any of their defensive starters on Friday night, but there were some on the field in the first quarter when the Eagles scored two touchdowns. Philadelphia had its way with New York’s defensive personnel, totaling 100 yards on the ground and 279 yards and two touchdowns through the air, both of which came courtesy of a familiar face, Joe Flacco. Jeff Ulbrich can’t be too happy with his defense after back-to-back poor performances. 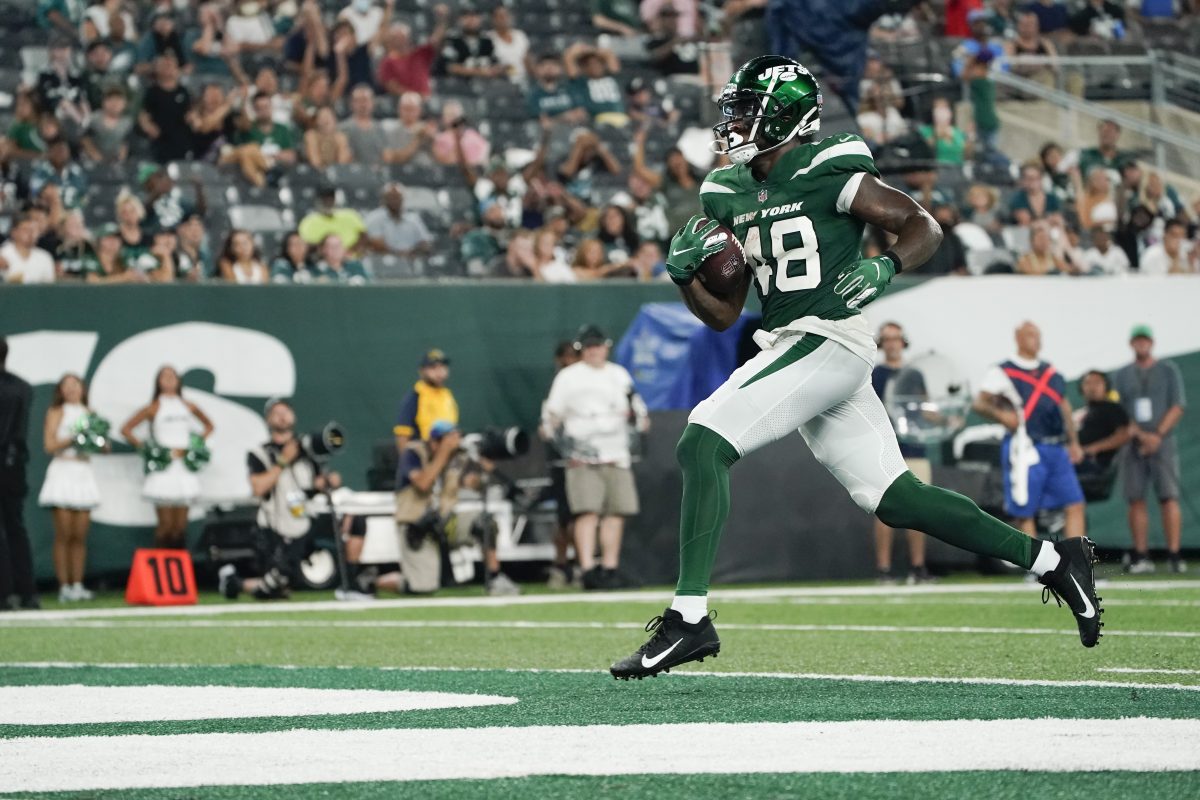 Yeboah entered New York’s preseason finale seemingly without much of a chance to make the 53-man roster after a disappointing summer. That all changed against the Eagles, as the undrafted free agent out of Ole Miss hauled in two touchdown passes, including Morgan’s last-second heave to tie the game as time expired in the fourth quarter. Week 3 was Yeboah’s only strong performance of the preseason, but it might have been enough for him to make the team given Gang Green’s week tight end depth chart. 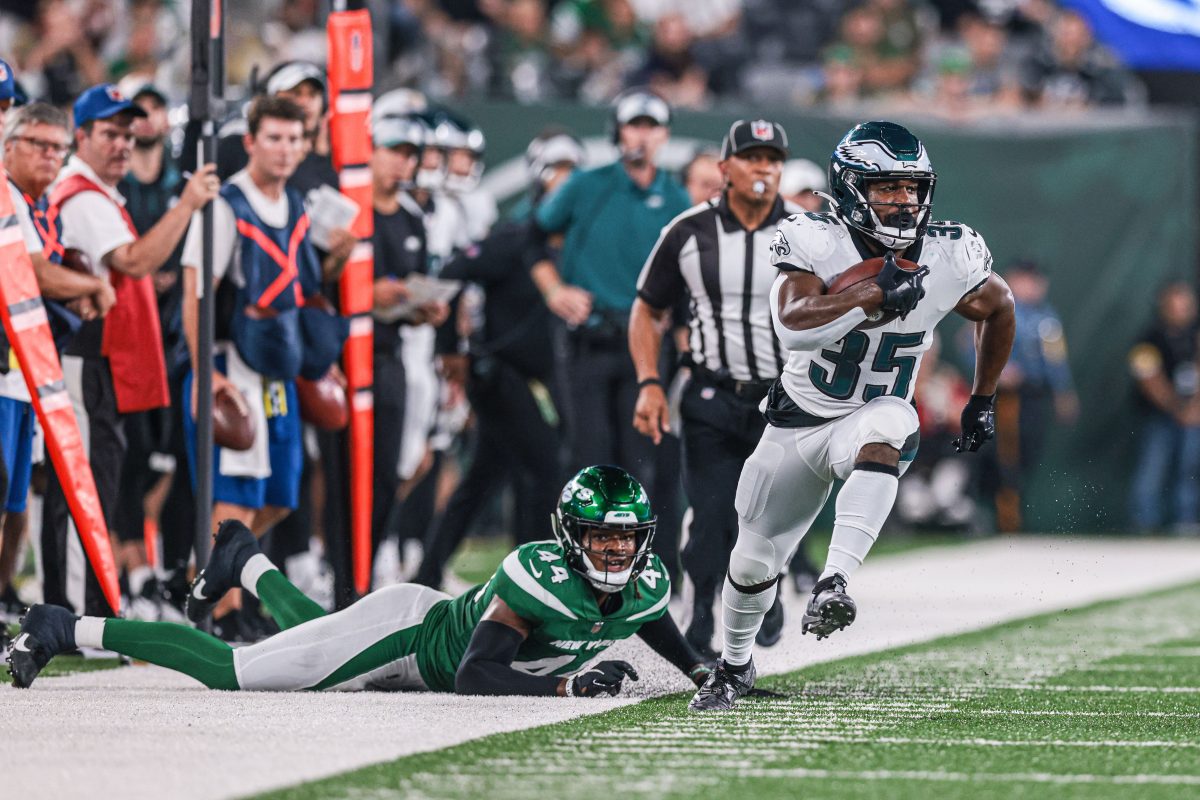 Friday night was a reminder that some of New York’s young players still have a lot of work to do before they are finished products. Jamien Sherwood’s mistake at the point of attack against Boston Scott in the first quarter cost the Jets a touchdown. Those are the kind of errors that should be expected of Sherwood — and New York’s other rookies — throughout 2021. It is part of the development process for a very young group of players. 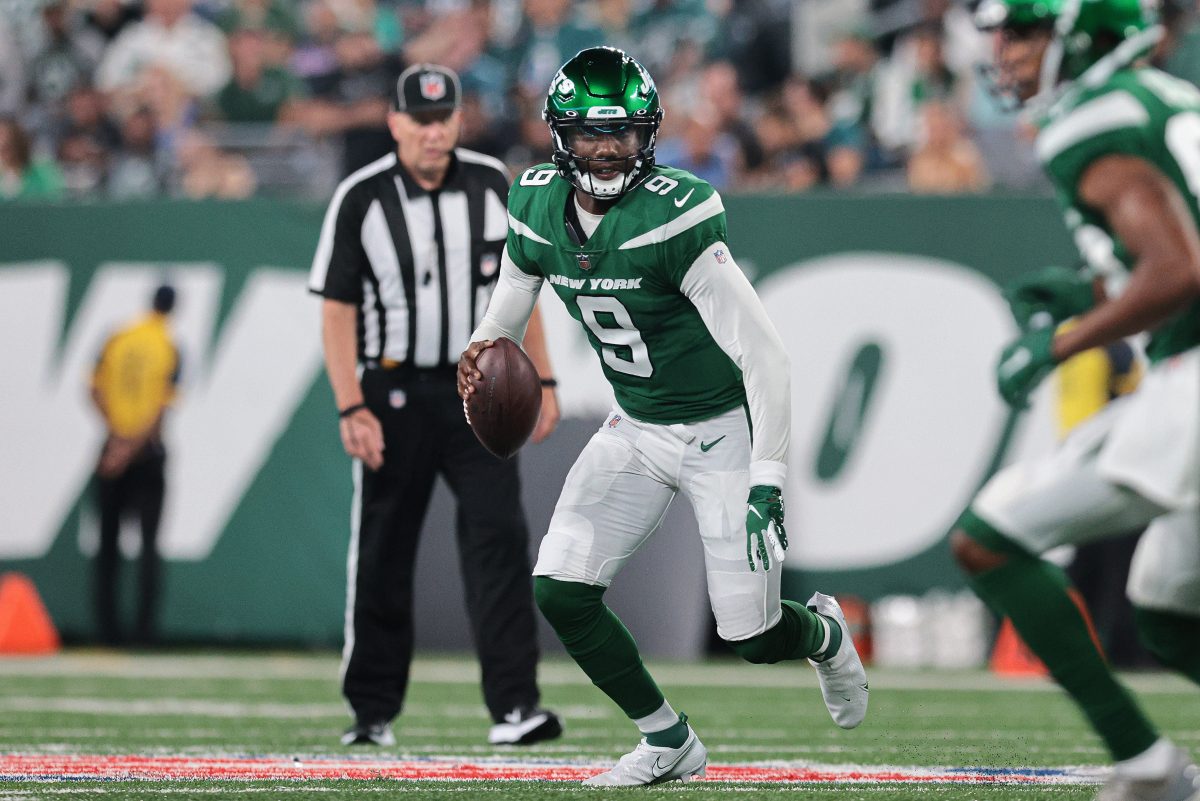 Johnson got the start with Robert Saleh opting not to play Zach Wilson and with Mike White’s ribs healing. The 35-year-old impressed in his lone action of the preseason, but it likely won’t be enough to improve his standing on New York’s quarterback depth chart — even though he might actually be the team’s second-best passer at this point. Johnson proved against the Eagles that he can still play. If the Jets don’t keep him, he’ll have a chance to catch on elsewhere. 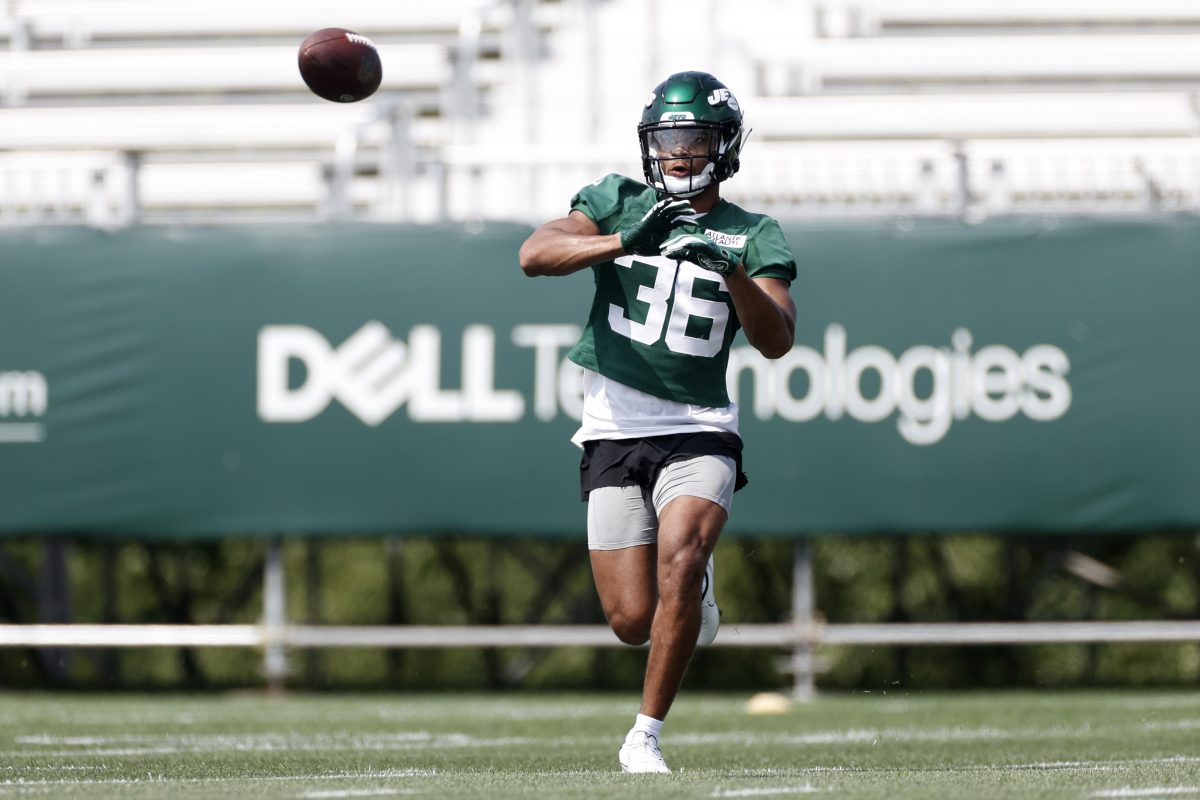 All of the goodwill Isaiah Dunn spent the spring accumulating has essentially disappeared. The undrafted free agent out of Oregon State struggled against the Packers last Saturday and looked lost against the Eagles. The Jets are by no means deep at cornerback, but Lamar Jackson was already breathing down Dunn’s neck before Friday night. There’s now a chance he is shown the door on cutdown day. 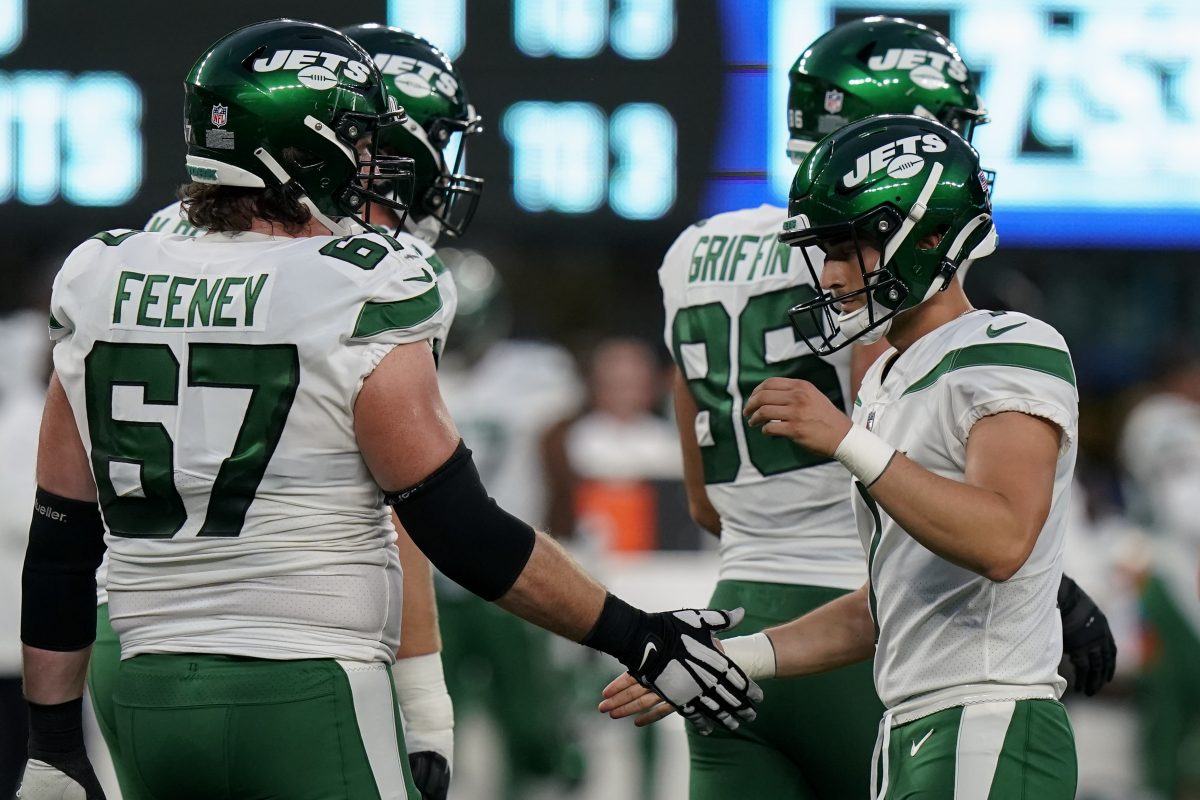 It has not garnered a ton of attention this summer, but Dan Feeney has not been good since signing with the Jets. His struggles were on full display against the Eagles, as he was beaten in the trenches countless times throughout the course of the game. Feeney is likely going to hang onto his spot on the 53-man roster, but New York has to wonder if he can really provide quality depth if needed once the regular season begins.