The Chicago Bears wrapped up the preseason with a 27-24 win over the Tennessee Titans, which marked Justin Fields’ final live-game action until he eventually takes over as starting quarterback in his rookie season.

The final preseason game gave roster bubble players one last chance to make an impression ahead of final roster cuts on Tuesday, and there were several players — both on the roster bubble and who have already locked up roster spots — who made themselves known, be it in a positive or negative way.

Here are our studs and duds from the Bears’ win over the Titans in the preseason finale: 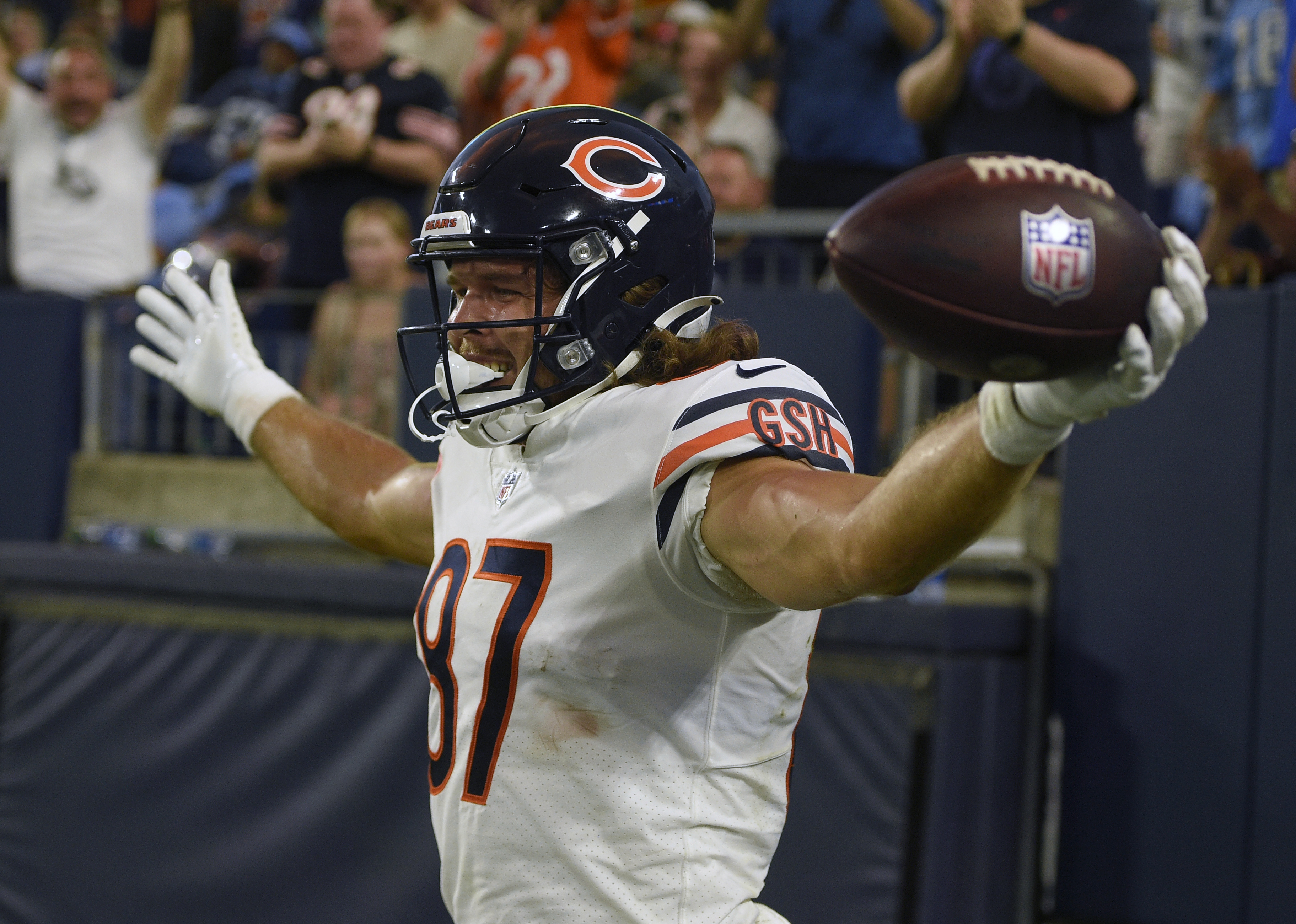 The final preseason game is where some jobs can be won or lost. In Jesper Horsted’s case, he made a strong case for a roster spot with a three-touchdown performance, including a beautiful back-shoulder throw from Justin Fields in the corner of the end zone and a one-handed grab for the go-ahead score. Horsted led the Bears with five receptions for 104 yards. 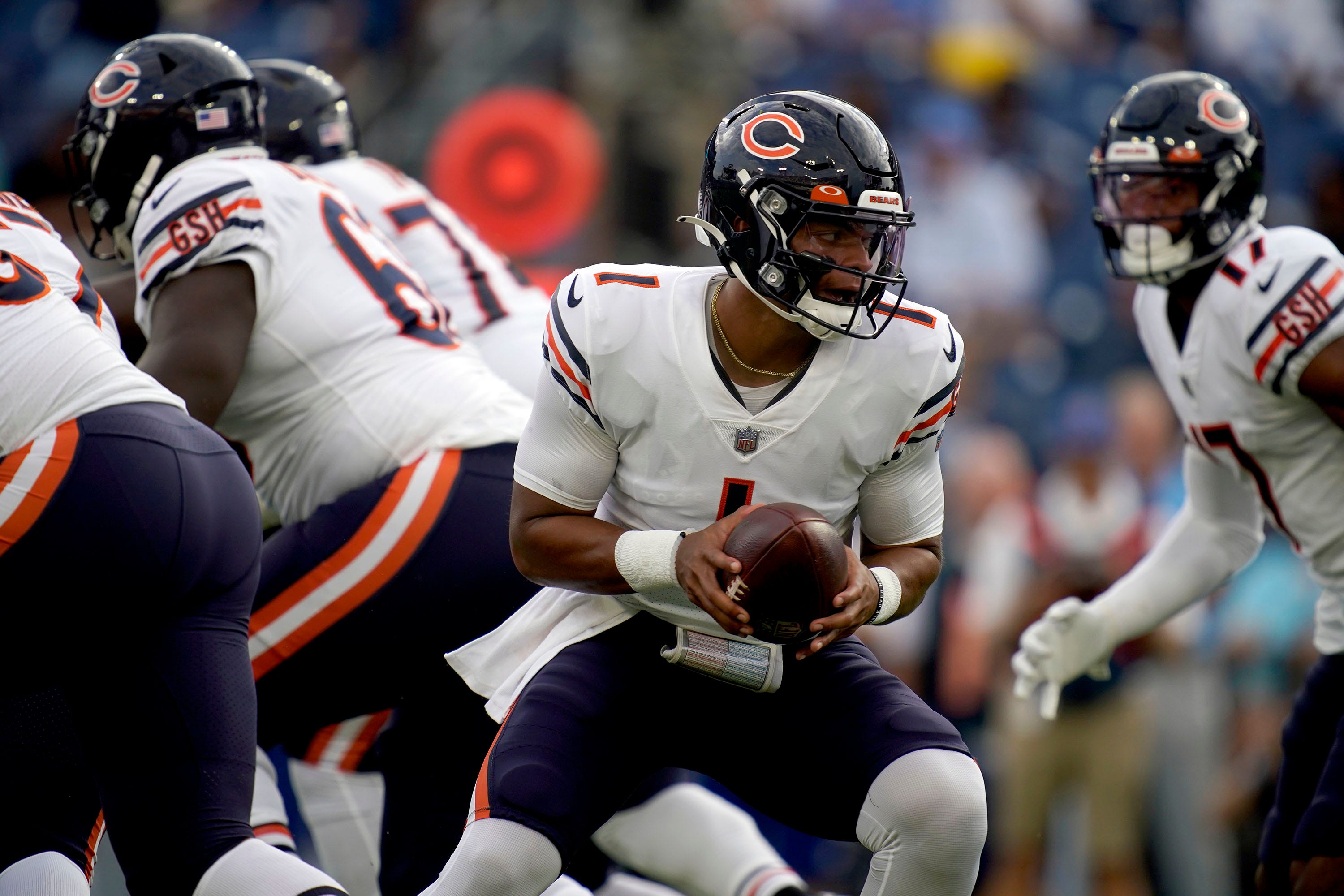 Saturday’s preseason finale marked the first time all summer that the Bears’ starting offensive line played in live action. And it wasn’t enough to inspire confidence heading into the regular season. The O-line struggled to get push up front — where the interior struggled in run blocking — and even gave up an early sack on Justin Fields. Next up: Aaron Donald and the Rams. 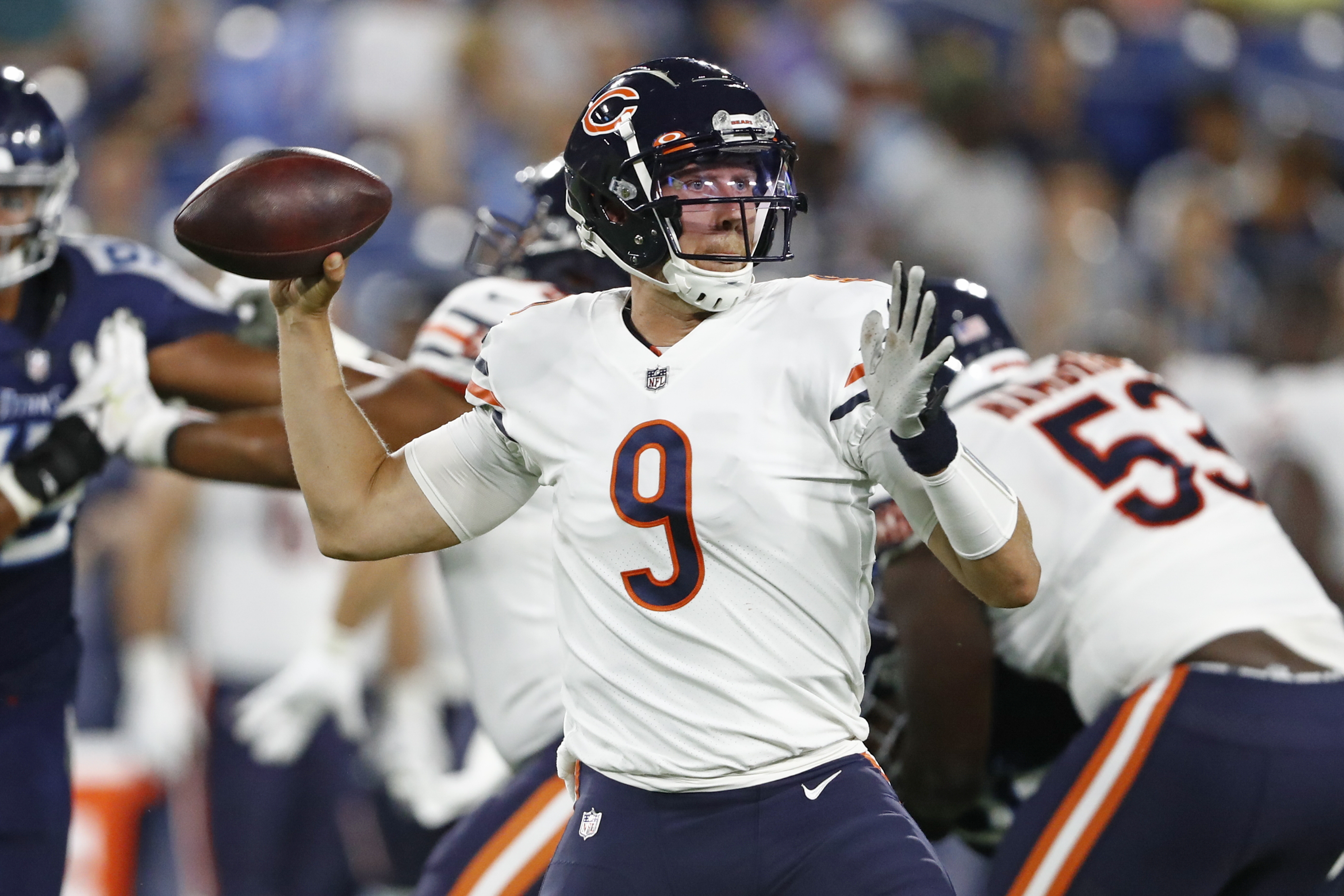 Earlier this training camp, Nick Foles talked about how he was confident that he should be shredding third-string defenses. It finally happened in the preseason finale, where Foles put together an audition tape for teams looking for a veteran backup quarterback. Foles completed 10-of-13 passes for 142 yards with two touchdowns for a 151.3 passer rating. 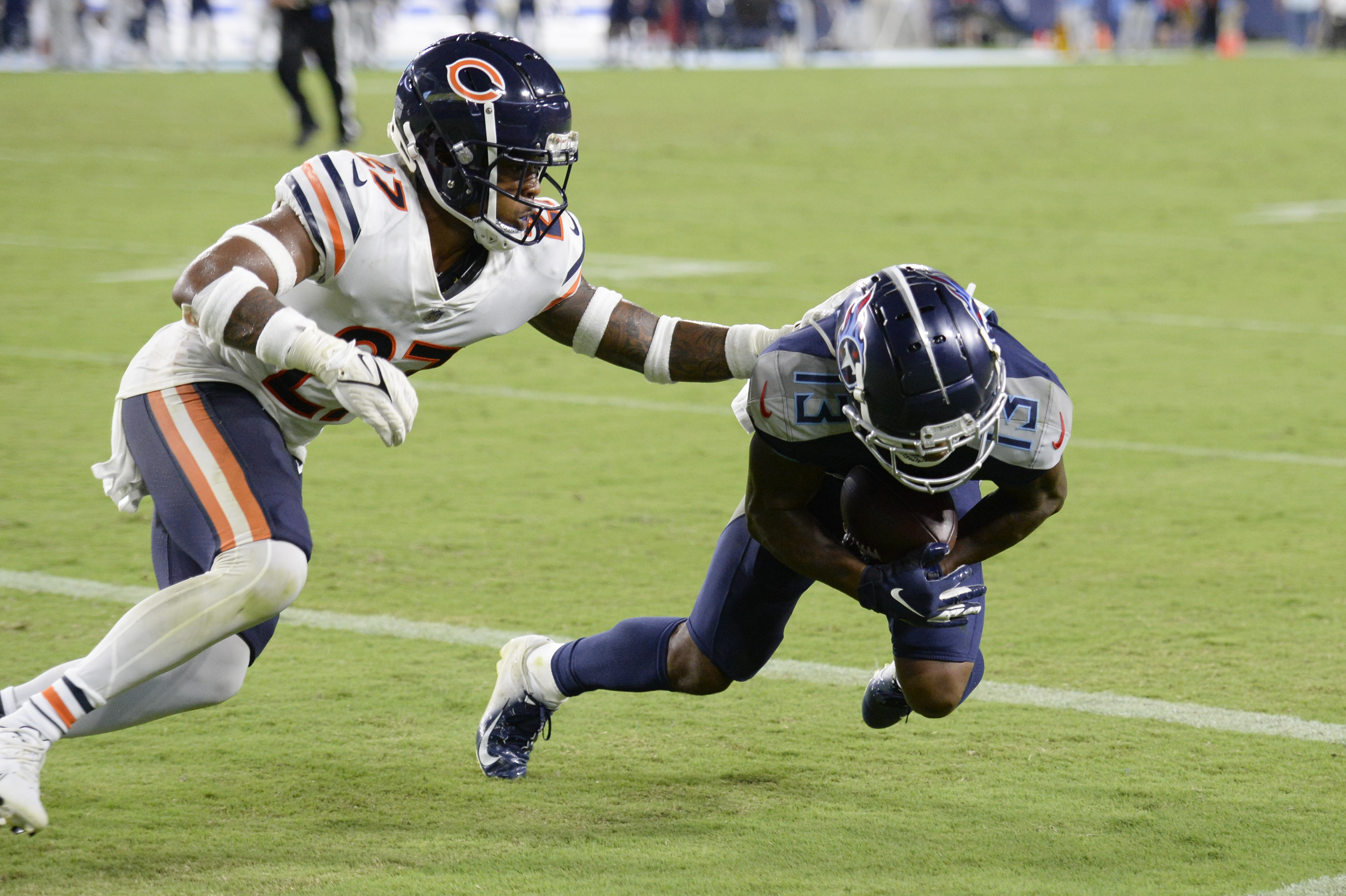 Thomas Graham Jr. is competing for a roster spot and starting job at cornerback, but it was overall a rough game for the sixth-round rookie. Graham, who finished with five tackles, saw some reps at outside corner, where he was beat on a goal line fade in the left corner of the end zone for a touchdown. While Graham did have a big pass breakup late in the game, he saw his share of struggles. 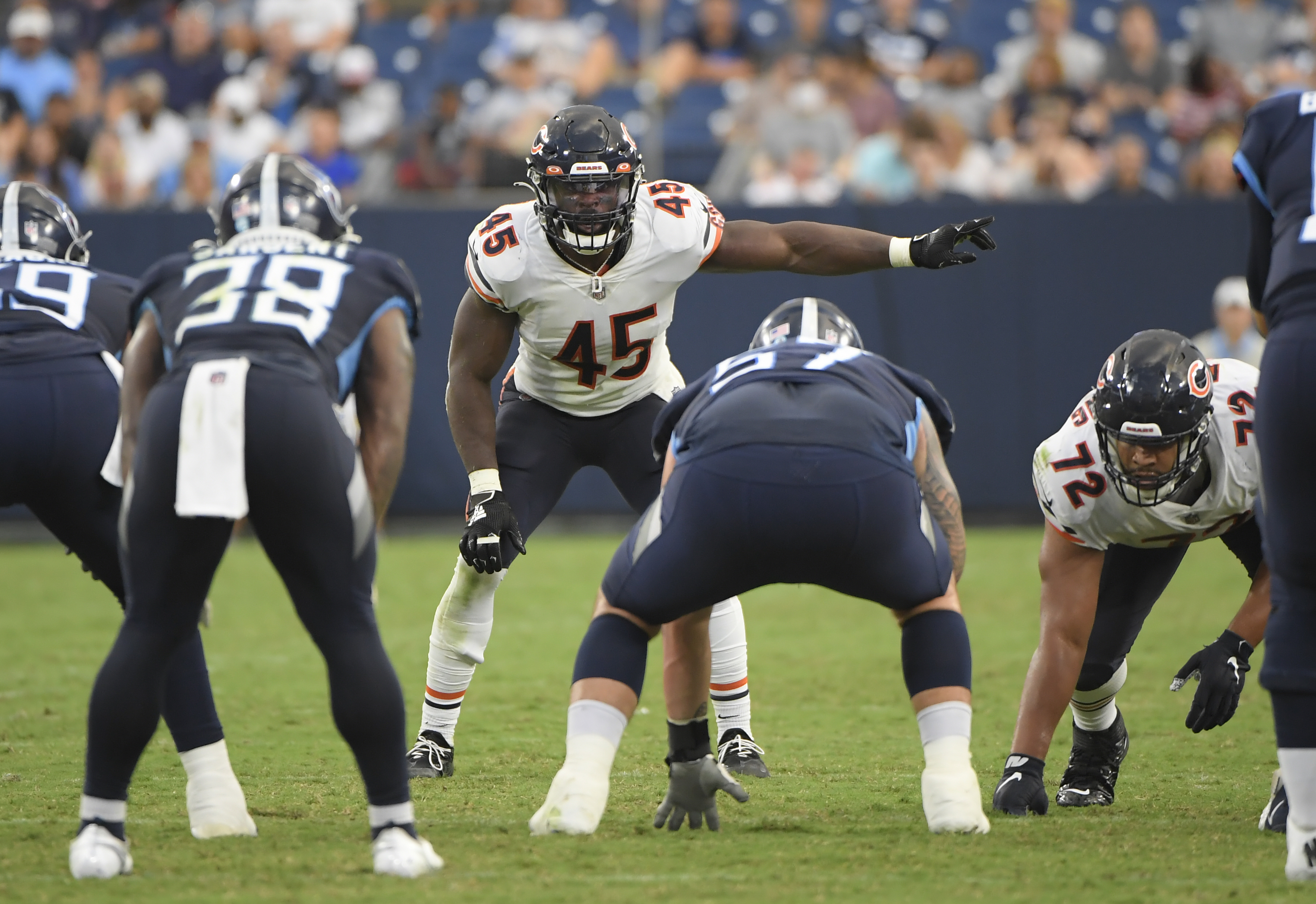 Linebacker Joel Iyiegbuniwe was someone who needed a strong performance against the Titans as he fights for a roster spot. And he stepped up in the final preseason game, where he tallied five tackles, including one for a loss. Iyiegbuniwe made plays on defense and special teams, including saving a touchdown on third down and he was overall good in coverage. 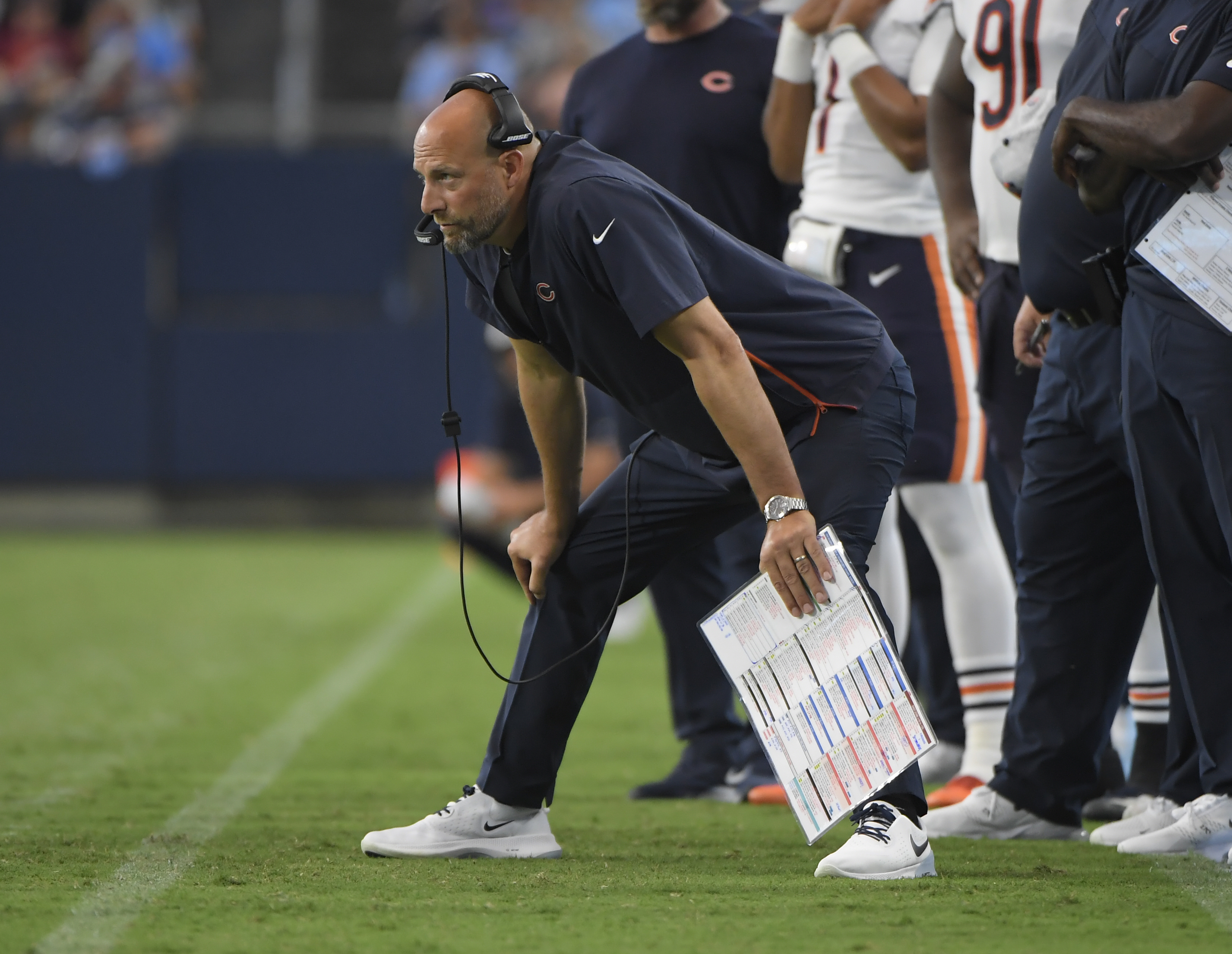 The Bears’ preseason finale marked the last time fans would see rookie quarterback Justin Fields until he eventually takes over as the starting quarterback at some point this season. There was an excitement to see what Fields could do with his first start, but he wasn’t helped by his play caller Matt Nagy, who was awfully conservative for someone wanting to evaluate his quarterback of the future. Things eventually opened up during the two-minute drill, which marked Fields’ final drive of the game. 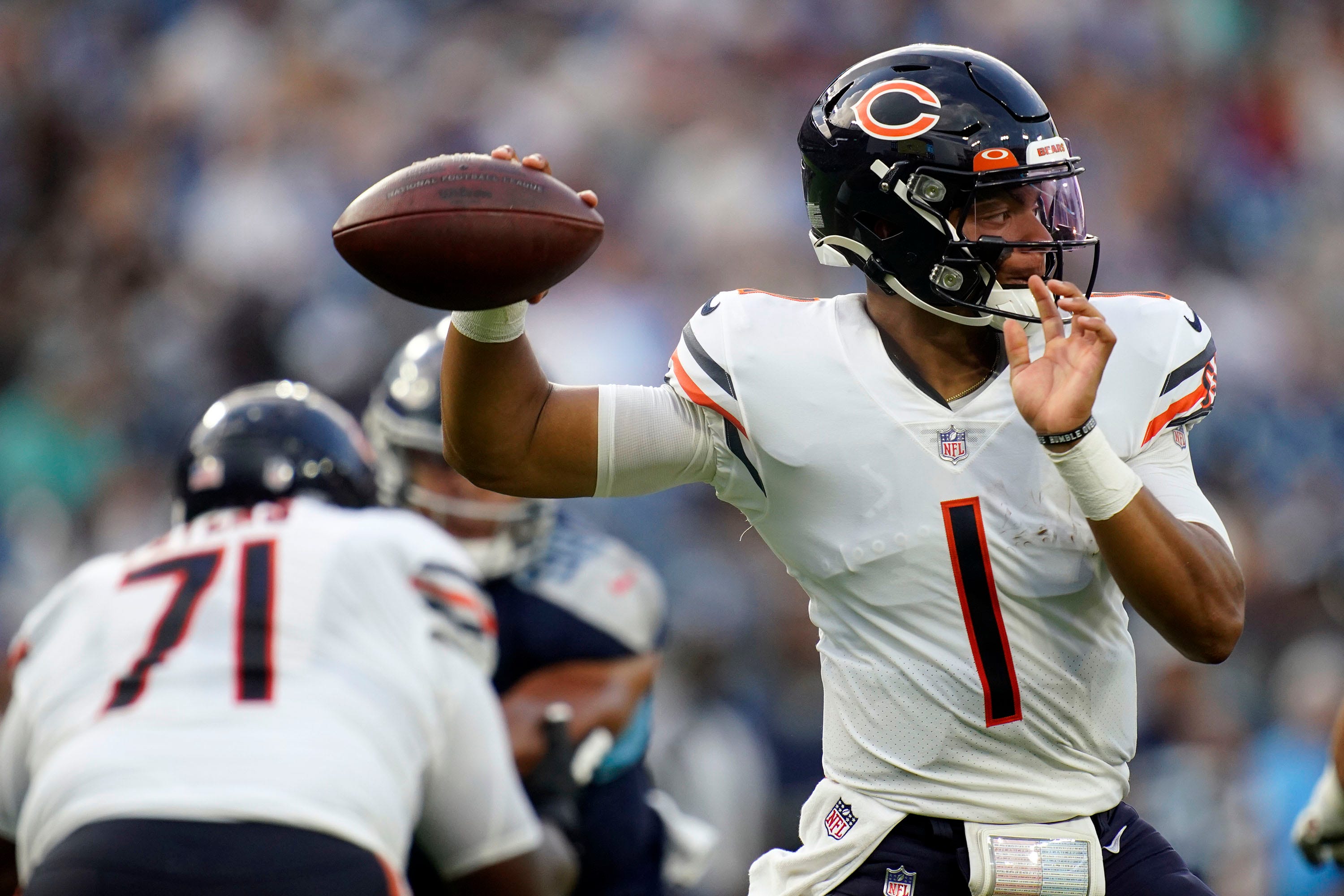 While Justin Fields didn’t get an opportunity to open things up, he once again showed why he deserves to win the starting job over Andy Dalton. Fields’ stat line wasn’t sexy — 7-of-10 for 54 yards and a touchdown — but it was his final throw of the game that reminded everyone what makes him so special, as he escaped the pocket and delivered a beautiful back shoulder throw to where only Jesper Horsted could get it for the score. 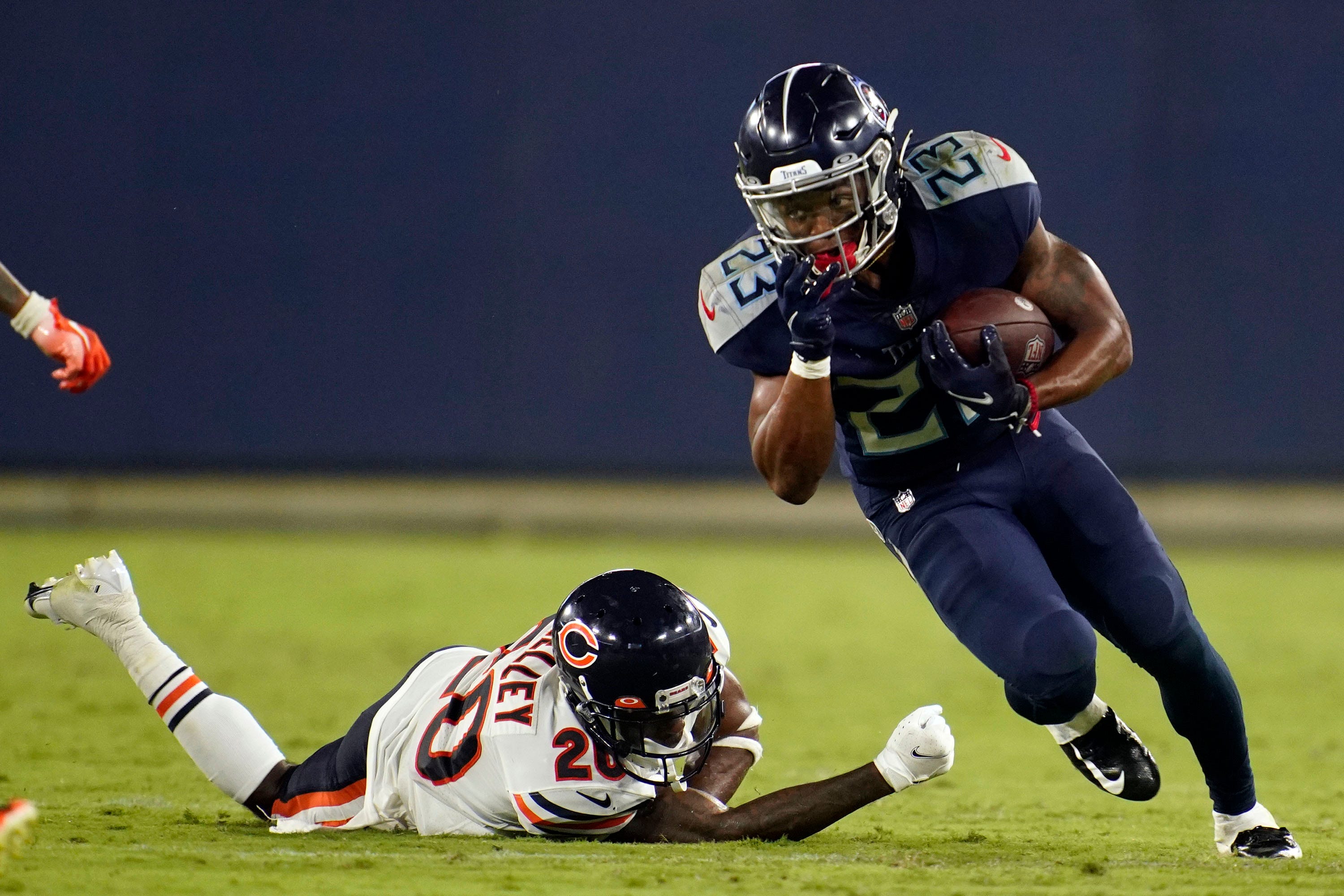 While Duke Shelley has been in contention to start at slot corner, his performance against the Titans didn’t show anything to suggest he should win the job. Overall, Shelley has been pretty inconsistent this preseason. He’s been unreliable in coverage, which isn’t what you want to see from your projected starting nickelback. While Shelley had a nice pass breakup, he had a chance to get an interception, which he really could’ve used. 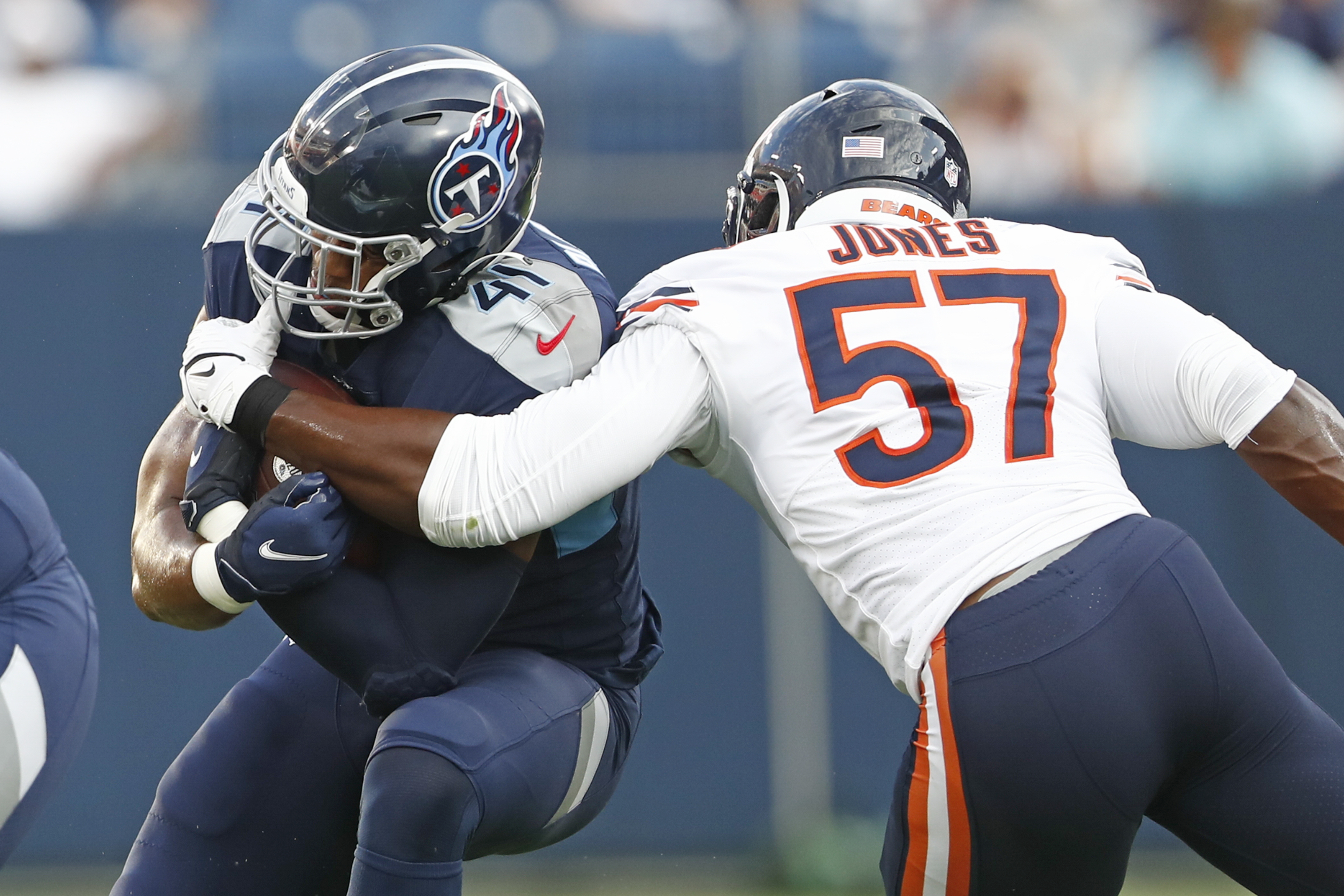 For all intents and purposes, linebacker Christian Jones already has a roster spot locked up. But his preseason finale against the Titans showcased exactly how valuable he can be on this team. Jones, who tied for the most tackles with 11 and one quarterback hit, played inside linebacker, outside linebacker and special teams, which is exactly the versatility you’d like to see in a reserve linebacker. 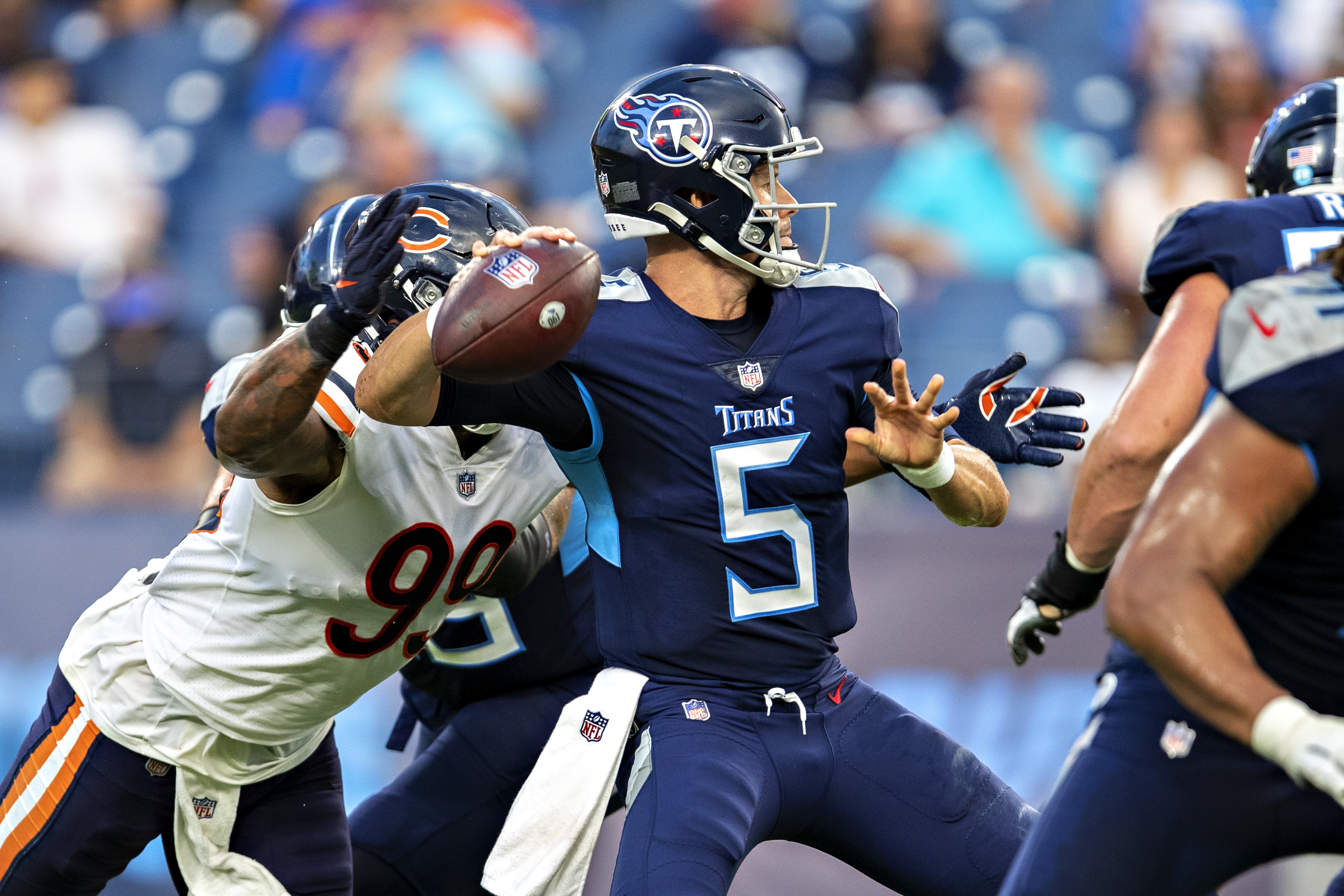 Trevis Gipson looks poised for a big year with the Bears coming off the edge, which has been evident throughout the preseason. But speaking to this individual game, Gipson made his presence known with two tackles, two quarterback hits and one pass breakup. He brought pressure on Titans quarterback Logan Woodside to force an interception, which was returned by Tre Roberson for a touchdown. 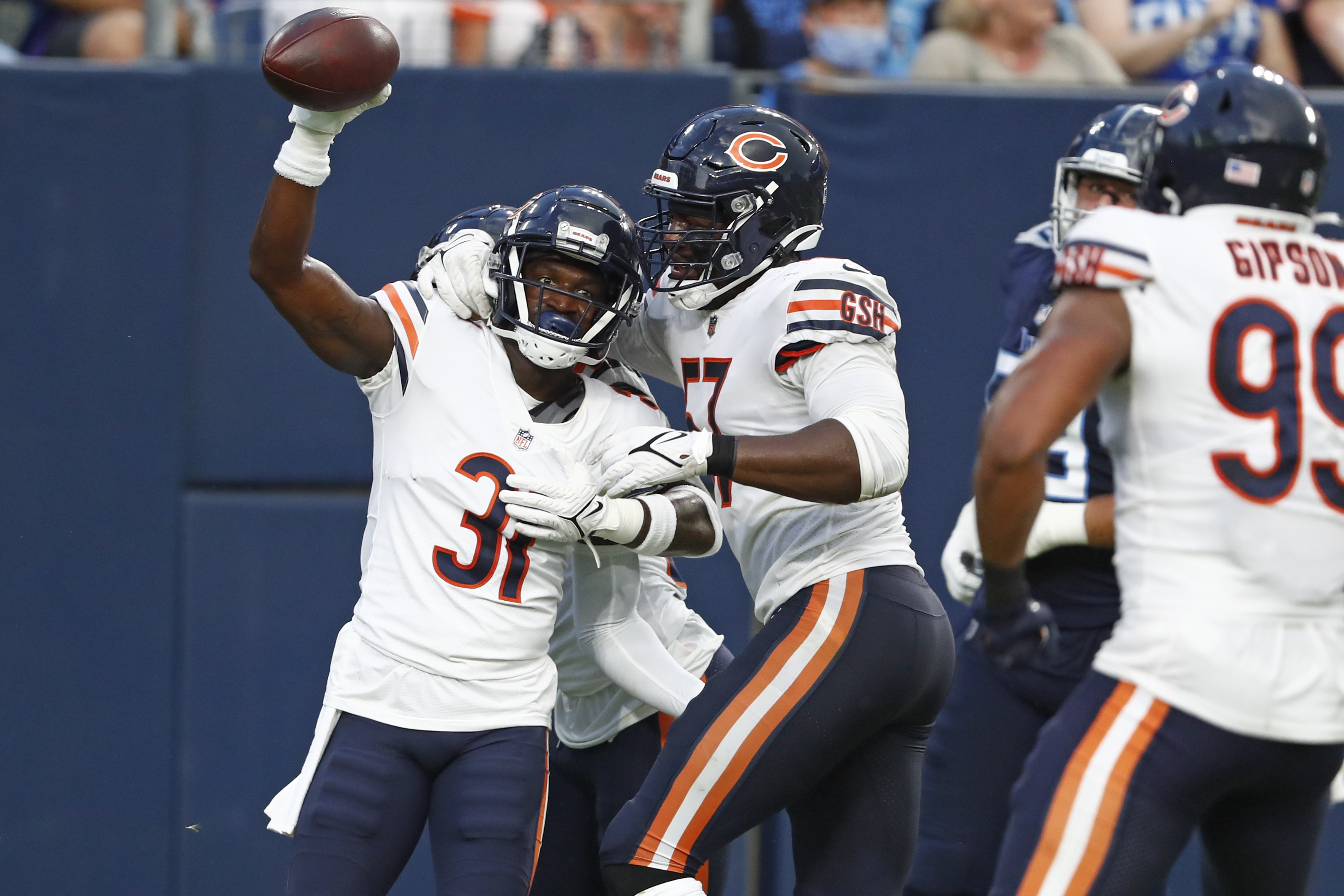 Tre Roberson was a roster bubble player who needed a big game to make an impression ahead of final cuts, and he definitely made his presence known in a good way against the Titans. Roberson had one tackle for loss, one pass breakup and a pick-six off Titans quarterback Logan Woodside. Unfortunately for Roberson, he suffered a concussion during the game.