Latest News
Home /100,000 more people could die by December, Fauci says. But it is still possible to turn it around – CNN

“What is going on now is both entirely predictable, but entirely preventable,” Dr. Anthony Fauci, director of the National Institute of Allergy and Infectious Diseases, told CNN’s Jake Tapper Sunday, saying the outcome of the model is possible. “We know we have the wherewithal with vaccines to turn this around.”

Around 80 million eligible Americans are still not vaccinated — the very group that could help turn the pandemic around, Fauci said.

“We could do it efficiently and quickly if we just get those people vaccinated. That’s why it’s so important now, in this crisis that we’re in that people put aside any ideologic, political or other differences, and just get vaccinated,” he said.

But with a daily average of 155,000 newly reported infections, many hospitals are buckling under the weight of another surge.

Across the south last week, many hospitals were reporting
oxygen shortages amid a rise in hospitalizations from the virus.

Among those hospitalizations were pediatric patients, which have also been increasing since students returned to classrooms in some areas.

Thousands of children were in quarantine over the past week due to Covid-19 exposure, creating an uncertain start to the school year as officials, teachers and parents weigh safety precautions.

Vaccines a possibility for children under 12 in coming months

While vaccines are currently the best defense against the spread of the virus, they have not yet been approved for those under the age of 12.

For these children, masking and vaccination of the adults and teens around them are their only protection. But that could change in the coming months.

Pfizer is working to file data that would help
authorize its vaccine for those ages 5 to 11, Dr. Scott Gottlieb, former commissioner of the US Food and Drug Administration, said Sunday on CBS.

Gottlieb, who is on the board of Pfizer, said the drug maker could be in a position to file the data for authorization “at some point in September.” 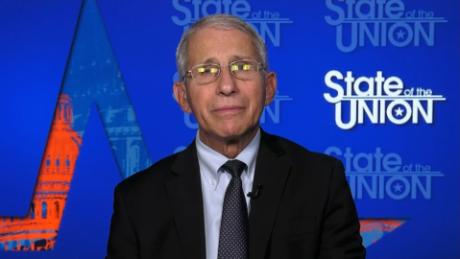 He went on to say that Pfizer could then file the application for Emergency Use Authorization for this age group “potentially as early as October.”

Gottlieb told CBS’s Ed O’Keefe Sunday that “we have to throw everything we can” at minimizing cases among school children.

“I don’t think that we should be going into the school year lifting the mitigation that may have worked and probably did work last year to control outbreaks in the school setting, until we have firm evidence on what works and what doesn’t,” he explained, adding measures such as frequent testing and putting students in social pods “are probably the two most effective steps schools can be taking.”

Schools that have been successful in mitigating spread include those that frequently test, contact trace, and set quarantine protocols when a positive case is detected.

“Using masks and improving ventilation is also going to be very important. And finally, getting kids vaccinated. About 50% of kids who are eligible to be vaccinated, have been vaccinated. So there’s still a lot of work we can do there, getting parents more information trying to encourage parents to vaccinate their children,” Gottlieb added.

Fauci echoed those sentiments when he told CNN Sunday he would support a mandate for
school children to be vaccinated should the FDA approve use of the vaccine in those under 12. 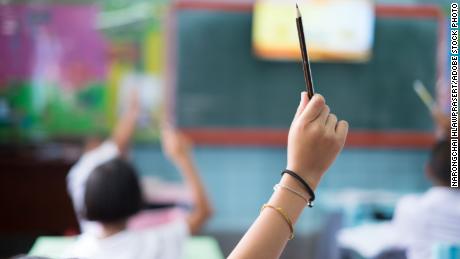 “I believe that mandating vaccines for children to appear in school is a good idea,” Fauci said.

He pointed out that this wouldn’t be out of the question, saying that schools already have many vaccine mandates in place.

“This is not something new. We have mandates in many places in schools, particularly public schools that if in fact you want a child to come in — we’ve done this for decades and decades requiring (vaccines for) polio, measles, mumps, rubella, hepatitis. So this would not be something new, requiring vaccinations for children to come to school,” he explained.

Those who are already vaccinated will still likely need a booster shot to fight the spread of new variants.

Starting the week of September 20, those who received their second shot eight months ago should be eligible for their third, according to Fauci, who noted there is flexibility in the plan based on the data that is available.

On Wednesday, Pfizer began submitting data to the FDA for approval of a third dose of its Covid-19 vaccine.

“There is no doubt in my mind that we need to give individuals who received the two doses of mRNA, a third boost. There’s no doubt based on the data we’ve seen,” Fauci explained 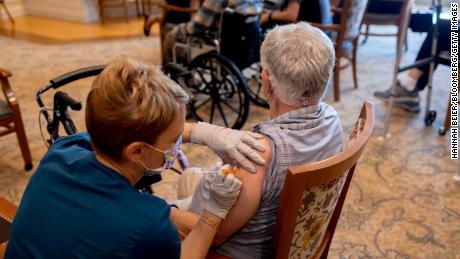 The possibility of a third dose comes as many hospitals face an uptick in hospitalizations and a decrease in supplies, with cases in the south increasing as
available oxygen — a key component in treating those with the virus — has decreased.

“We’ve had some very challenging situations over the last couple of weeks, where hospitals have had their oxygen deliveries disrupted with hours delay, putting them in a situation where they’ve had very low oxygen supplies,” Mary Mayhew, president and CEO of the Florida Hospital Association, told CNN. “Hospitals are using 3-4 times the amount of oxygen they would normally use,” she added.

Another ongoing challenge in the fight against Covid has been
misinformation, the latest example of which has people taking anti-parasitic medicine in an attempt to fight the virus. 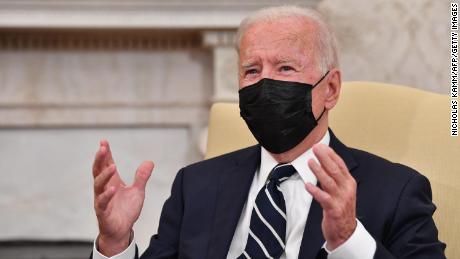 Fauci urged those considering taking the drug
Invermectin — which is used to treat parasites such as worms and lice in humans and is used by veterinarians to de-worm large animals — to avoid it.

“Don’t do it,” he said on CNN’s “State of the Union” Sunday. “There’s no evidence whatsoever that that works and it could potentially have toxicity … with people who have gone to poison control centers because they’ve taken the drug at a ridiculous dose and wind up getting sick, there’s no clinical evidence that indicates that this works.”

The CDC already sent out a warning about the drug, saying it has seen an increase in reports of severe illness caused by the drug to poison centers.